‘Pippy’ hits the ground running to storm home in a brilliant 28.67 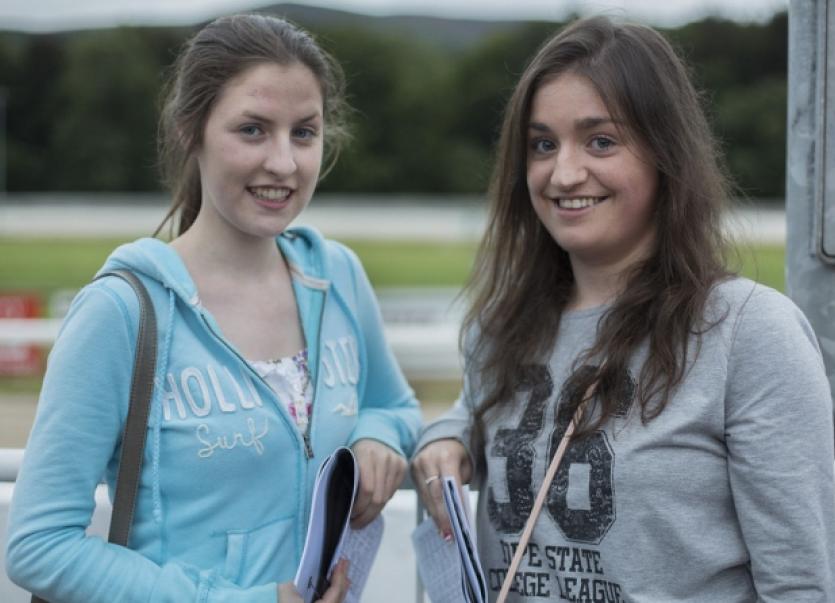 The €3,450 to the winner Sean Organ Memorial & Track Supporters Club A2/A3 Bitch Stake got off to a cracking start on Sunday before a fine attendance.

The €3,450 to the winner Sean Organ Memorial & Track Supporters Club A2/A3 Bitch Stake got off to a cracking start on Sunday before a fine attendance.

Kindly sponsored by the Organ family and the Supporters Club the eight first round heats provided top class sport on a great card which concluded on a high note with the semi-finals of the Track Supporters Club A1/A2 550 Stake.

The outstanding run in the bitch event was posted in the opening round by a flying 6/4 favourite Pippy which hit the ground running from trap two before leading her rivals a merry dance and stopping the clock in a brilliant 28.67. Local hope Riverside Carly gave pursuit to the penultimate bend where Durrow Abbie threw down her challenge but Pippy was home and hosed and had three lengths in hand of her rival at the line. Southeast Suzie finished well to take third place a further three and a half lengths in arrears and the first three all clocked career best performances. Owned and trained in Thurles by Mary Kennedy the winner was chalking up her eighth victory.

Two other heat winners to stand out on the night were the Graham Holland trained Express Micro which made all in 28.73 and Owen McKenna’s Airforce Houston which surged to a wide margin win in 28.79.

Away All Star came in as a reserve and after running prominently throughout Dermot Warren’s charge finished with a flourish to account for Bernies Glory by half a length with early leader The Other Diane a length away in third spot. Owned in Mayfield by the Lazy Joe Syndicate the winner clocked 29.31 to gain a fourth career success.

The odds-on Airforce Houston created a big impression by getting to the head of affairs at the opening bend and stretching clear in effortless style to score by five and a half lengths in 28.79. Forrachmore ran on to take the runner-up spot and third place was filled two lengths back by Christys Gold.

Express Micro proved another impressive favourite by always leading before stepping on the gas off the final bend to go three lengths clear of runner-up The Other Niamh with Dreaming Blue half a length back in third place. Trained by Graham Holland for Michael Dalton, Express Micro clocked 28.73 to break her maiden at the third attempt.

Summercourt Girl tried to make all but gave way to Christys Amber on the run in. An exciting climax saw the new leader pressed by Coolavanny Cushy and Kilbriens Kerry and the former gained the spoils by half a length. Christys Amber took second spot a short head in front of Kilbriens Kerry and Summercourt Girl was only half a length away in fourth. Coolavanny Cushy stopped the clock in 29.19, to break her maiden for her owner/trainer Noel Browne from Castleisland, at the third time of asking.

Only four went to traps but patrons savoured a highly exciting finish. Hay Lucky Reem in the red jacket was quickly away and built up a good lead over Katie for Gold. Local hope Brunswick Jenny showed fine back straight pace and gradually closed the gap on the leader. The line came just in time however for Hay Lucky Reem which took the honours by the narrowest of margins in 28.90 with the third qualifying place going to

Point Cailin made a bold bid to score for his Golden owner/trainer John Ryan but Trumpers Lexi threw down a big challenge on the run to the line and got up to defeat the long time leader by a length in 29.04 with Churchtown Tip half a length back in third place. The winner, a daughter of Droopys Scolari, was gaining a sixth win for Mallow enthusiast Colin Ronayne.

Another exciting finish had patrons on their toes. The Maurice Organ trained runner Cheerful Lil looked set to prove a very popular winner but after leading from an early stage she was caught in the final strides and went under by a neck to Myella Jess in 29.46. Hello Suzy took the third qualifying place a further two lengths behind the Michael Delahunty trained winner.

Skywalker Farloe was a hot order at 2/5 in the opening leg and eventually obliged in style after giving his supporters a few anxious moments. The 8/1 outsider An Charraig swept past Vito Wal round the opening bend with the favourite in third position and this Cashel runner had his opponents at full stretch on the back straight. The jolly moved into second approaching the penultimate turn but had some four lengths to make up on the leader. He challenged on the outside rounding the final bend and swept clear nearing the line to score by two lengths in 29.85 and retain his unbeaten record in what is proving a very classy stake. An Charraig ran the race of his life in second and Vito Wal stayed on to take the third place three and a half lengths back.

Gurrane Princess was odds-on to continue on her winning run in the second leg but a slow start saw her badly baulked and well out of contention at the opening turn. Meanwhile Carrigoon Ash was away to a flyer and headed Lughill John and Shunters Gizmo on the run down the back. That order was retained to the straight where Velvet All Jam ran on to take the third spot from Shunters Gizmo. The winner clocked a smashing career best 29.95 for Mallow owner/trainer Noel Casey and the distances were four lengths and two lengths.

Much of the chat at a low key meeting concerned the then upcoming Derby in Shelbourne Park and thus it was more than fitting that one who had savoured Derby glory with her Suir Miller back in 1980 was present to see her two runners on the night, Suir Duke and Dream Come True complete a fine double. We speak of course of Cashel enthusiast Elizabeth (Betty) Flood whose interest in the sport has never waned and who was delighted with the career best performances of the litter brothers which she bred to Duke Special from her bitch Suir Holly. Suir Duke which she herself owns broke his maiden at the 11th attempt when winning the third event in 29.44 whilst Dream Come True owned in Cahir by Jerry Boles made all the running to clock a very useful 29.03 in taking The Sporting Press A4 Race in most emphatic style.

The good wine was kept till last as The Red Mills Slan Abhaile A3 event produced the fastest performer of the session in the shape of the Niall Dunne trained Blenheim Impact who stopped the clock in 28.98 in making all to defeat local hope Unusual Account by three and a half lengths.

The evening got off to an inauspicious start with a very messy event that ended with five of the runners crossing the line separated only by a neck, two short heads and a neck in 30.42.

The spoils went to Hop Out Tiddles which got her head in front where it mattered to break her maiden at the fourth attempt for Thurles owner/trainer Kim Walker.

Despite being slowly away in the red jacket, Rockaway Beach which had shown great early pace over the standard trip, took over from Tiptree Ollie off the second bend and kept on well to hold another slow starter Blu Monty by a length and a half in 16.67.

Convincing winner of his three trials at three different tracks, Totos Tank was a warm order, and this son of Ace Hi Rumble got a great run to the bend from his trap one before surging clear to come home with six and a half lengths in hand of runner-up Early Victory in a well strung out field. Owned in Birr by Tony McCormack and Denis Fogarty the clear-cut winner stopped the clock in 29.25.

Amandas Boy was first to show but Suir Duke, from a trap five draw, led on the rails on the back straight and stayed on in fine style to defeat a gallant Amandas Boy by a length and a half with a strong finishing Cloheena Rocco two lengths away in third spot.

The winner who has tested the patience of his proud owner/breeder Betty Flood clocked 29.44 in gaining an overdue success.