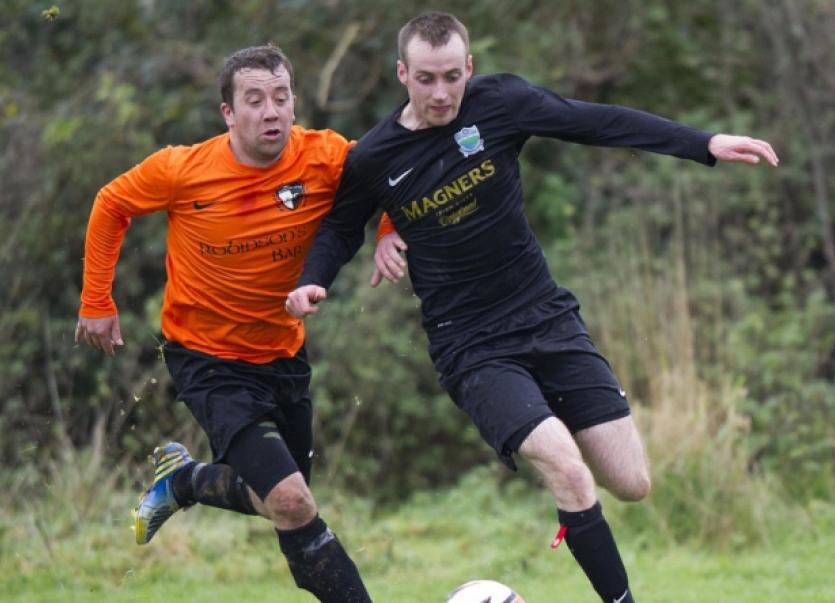 Dualla took the three points at Borris on Sunday with a relatively easy win. Goals in the first half from David Cully and Stevie Coppinger gave them the platform, and a second by Coppinger early in the second half gave them an unassailable lead. Borris got one back on the hour mark through Timmy Dunne, but a late goal by Dualla’s Bart Kaczorek secured all three points.

A tight game from the off with both defences on top, both teams struggled to create even a half chance in the first half. The battle continued into the second half with neither team giving an inch, but the deadlock was broken with 20 minutes remaining when a deflected shot from the edge of the box beat the Cullen stopper. To add to the home teams misery they conceded a second while pushing forward looking for the equaliser, and it was veteran player Paddy Stokes who came off the bench to scuff a ball past the diving Cullen keeper, to give these derby points to the Tipperary town team.

The Thurles reserves kept up a good run of form on Sunday beating Bansha Celtic by the Tower. They opened the scoring in the fifth minute with a goal from Colm Breen, and had to wait until the seventy first to add to it when Davy McGuire shot to the net. Bansha pulled one back in the 74th minute through Tommy Lawrence but Villa restored their two goal cushion a minute later when McGuire got his second. A late goal by Bansha’s James Scanlon was only a consolation effort as Villa took the spoils.