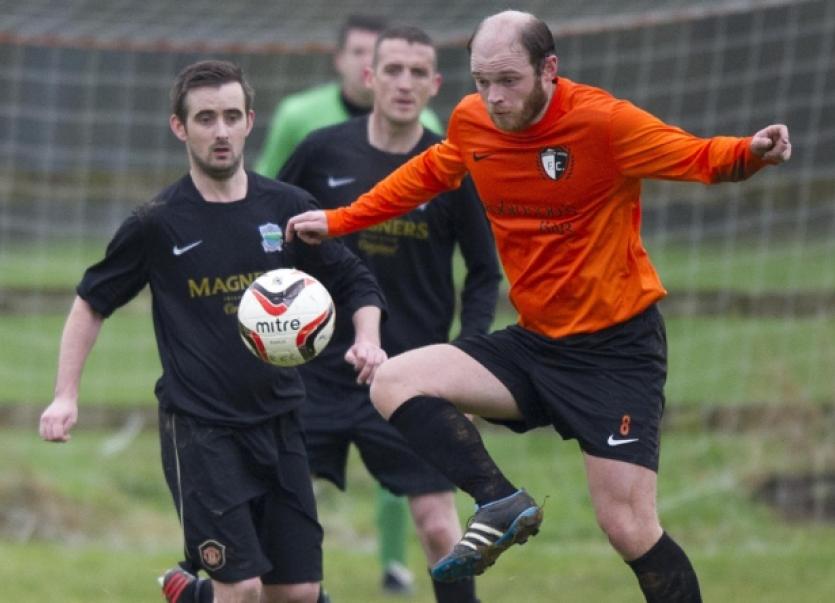 St Nicholas had a good win away to Kilmanahan United on Sunday in the Paddy Purtill Cup, but only after coming from behind to put on a devastating display of finishing.

Kilmanahan’s Philip Ruth opened the scoring with the first attack of the game, but things went quickly downhill after that for the home side.

A brace of goals by Tom Hanly in the 10th and 18th minute put the away side ahead, and their lead was doubled when Joss O’Brien got his team’s third goal shortly after the half hour.

Kilmanahan United pulled themselves back into the game by reducing the lead in the 50th minute when Derek McGrath got a goal back, but it was to prove only a brief respite as three goals in ten minutes, two from Aiden Riordan and a hat-trick goal from Hanly put this tie out of sight.

A final goal near the end by Sean Ryan was the icing on the cake as the Saints moved into the quarter finals.

A game with plenty of action saw the team from Two Mile Borris move on to the next stage, but only after overcoming resistance from a very good Tipperary Town team.

The home side started with all guns blazing and Russell Bowes had them ahead inside three minutes, a lead they held until the break.

Inexplicably they switched off coming back out, and within a minute of the restart, Jamie Marr had Borris level. Tipperary Town retook the lead in the 57th minute, when Vinny Godfrey finished from a cross by Deano Buckley. But the away side came back again only eight minutes later to level matters once more, with a goal from Willie McCarthy.

This was how it stayed till the end of normal time and through the first period of extra time. Finally Borris took the lead through a penalty in the last five minutes, and Marr stepped up to put his side into the hat once more.