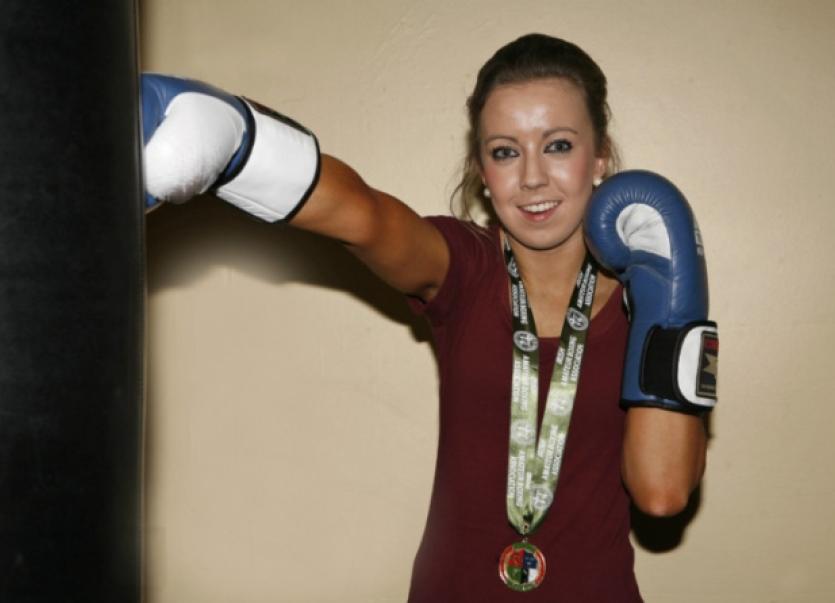 Emma, who only took up the sport two years ago, defeated Shannon Byrne of St Margaret’s BC in Dublin in the final. It was a two to one judges decision in her favour. St Nicholas Boxing Club Chairman Jim Drohan said the Club were delighted with Emma’s success and she was the first female boxer to bring a national title home to Carrick-on-Suir.

“We will be making a presentation to Emma soon at the Club to recognise her achievement,” he said.

Emma is one of about 10 female boxers at St Nicholas Boxing Club, many of whom have been inspired to take up by sport by Katie Taylor’s Olympic gold medal success.

“Boxing is a sport I always had an interest in. I put off taking it up for a while but eventually bit the bullet,” said Emma, who did kickboxing before starting boxing.

She says the example set by Katie Taylor did spur her on to try out boxing and is glad she did.

Emma, who is doing a marketing internship at Waterford’s Tower Hotel, trains three nights a week at St Nicholas BC’s gym at Greenside and also runs and spars with boxers from different clubs.

She said the national final was a tough fight. “It was close. I didn’t really think I had won. It was a shock at the end.”

Emma’s phone was hopping with messages of congratulations from family, friends and fellow boxers last week after her title win. Her goal for the immediate future is to keep training hard.

Tommy Finn at 67kg beat Nathan Crawley of Monkstown BC to win a close contest in the preliminary round and in the quarter final beat Peter Fagan from the Crumlin Club. But in the semi-final, he lost to eventual champion Glen Clarke.