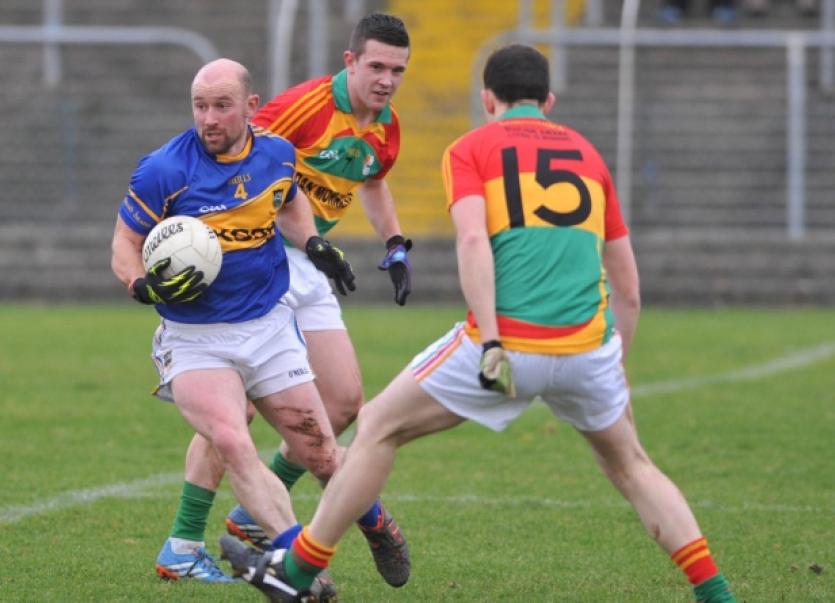 The attention of the Tipperary senior footballers now turns to next Sunday’s game in Clonmel when they take on neighbours Waterford in a real local derby, and the home side will be hoping for a second consecutive win to help their promotion prospects in this eight-team division.

The attention of the Tipperary senior footballers now turns to next Sunday’s game in Clonmel when they take on neighbours Waterford in a real local derby, and the home side will be hoping for a second consecutive win to help their promotion prospects in this eight-team division.

Last February on a wet Saturday night under lights in Dungarvan Waterford proved too good for Tipp winning 2-8 to 0-9 with most of Tipp’s squad last Sunday on duty also that night. No one in the Tipp camp will be under any illusions facing in to a game against Na Deise.

In a post match interview team manager Peter Creedon, while pleased with the performance of the day in Carlow, especially the “work rate and the fact that we kept going all through” was mindful of the Waterford challenge next weekend and expressed surprise that Waterford had been beaten by Clare the same day.

“The lads are very focused this year and we are trying to get as much as we can out of the league.” Adding “next week will be a different scenario.”

“It will be tough. Waterford are a good team. We struggled against them last year because they are physically powerful. But we are looking forward to it.”

Reflecting on Sunday’s win, Tipperary team coach Michael O’Loughlin, who previously served in a similar position with Waterford football, had this to say.

“We were very happy with today’s performance. We had particularly focused on the Carlow game since November as it was important to get a good start this year. We had a recovery session for all the players in the pool at our base in Carlow straight after the game.

“Now our focus turns to Waterford next Sunday. The Waterford game is a local derby especially with the game on in Clonmel. Hopefully, we will get good support from Tipperary followers.

“Waterford will not fear Tipperary. They have one of most promising young players in the country in Paul Whyte of Kilrossanty who gave an exhibition in the Munster under 21 against Tipp last year.

“Our aim for Sunday is get a good performance from our panel of players.”