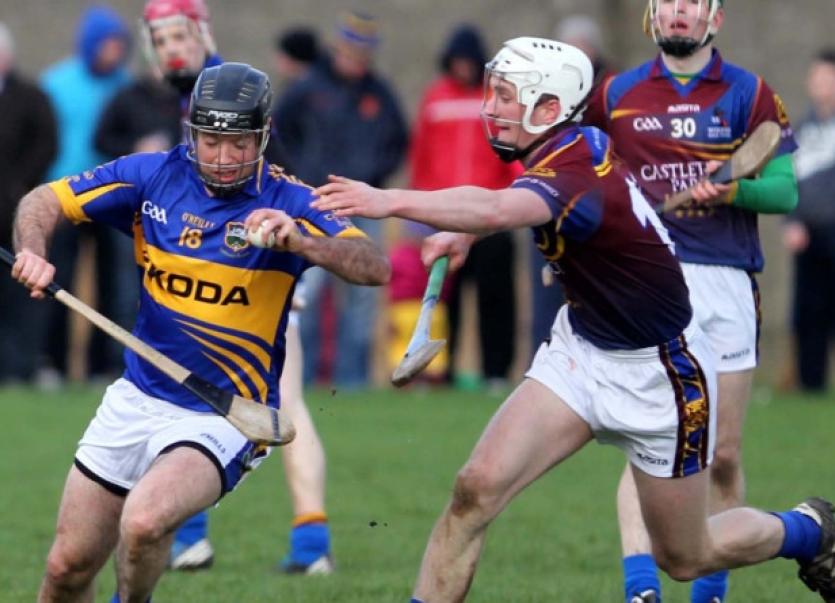 In this refixed tie, Eamon O’Shea’s side ran out comprehensive 14-point winners against the visiting students, to set up a final meeting with Clare in Sixmilebridge on Friday evening.

The clash with the All-Ireland champions will represent a third successive Waterford Crystal Cup final between the counties, with Clare approaching the tie as holders following an impressive victory over Tipp at Semple Stadium last year.

The manner of that win, and Clare’s subsequent march to All-Ireland glory, were referenced by Tipperary county board secretary Tim Floyd in his report to annual convention before Christmas.

In that context, Tipp will be anxious to lay down their own marker ahead of the 2014 Allianz National League and championship campaigns when the visit the home club of Clare manager Davy Fitzgerald.

When Tipperary take to the field against the Banner men, it will be just eight days before the League opener against Waterford in Thurles and O’Shea could hardly ask for better preparation in what promises to be a keenly-contested affair.

The step-up in class will do Tipperary no harm either as they have blitzed Limerick IT, Kerry and University of Limerick in their Waterford Crystal Cup fixtures to date, registering 7-66 in those three games.

Tipp posted another massive score last Sunday as Dr. Morris Park played host to a fixture that was originally fixed for MacDonagh Park in Nenagh.

A healthy crowd turned up at Tipp’s training venue and the rain stayed away as the hosts put on a high-scoring exhibition.

The concession of 0-22 might concern O’Shea also but at the other end, Tipp kept the scoreboard ticking over with regularity right from the off.

By the finish, no fewer than eleven different players were on the scoresheet as John ‘Bubbles’ O’Dwyer led the way with 1-9 in the first half alone.

As O’Shea reshuffled his pack at half-time, O’Dwyer was one of four players substituted.

Worryingly, Seamus Callanan was another as he picked up a first half injury and David Collins also limped off before the finish.

It is understood that 2010 All-Ireland winning captain Eoin Kelly picked up a hamstring injury in another training match last Saturday and with Paddy Stapleton nursing a similar complaint, the strength of the manager’s squad may be tested in the coming weeks.

But judging by the nature of last Sunday’s starting team, the Kilruane MacDonaghs man is keen to run the rule over a host of players before he confirms a panel for the National League.

UL, in contrast, lined out with just four players who started in their opening Fitzgibbon Cup match against UCD on the previous Friday.

There were six Tipperary natives as Toomevara’s Eoin Brislane took charge of the team and Bill Maher came off the bench at half-time to score a point.

Interestingly, brothers Mikey and Tommy Heffernan from Nenagh found themselves in direct opposition and in a neat symmetry, both siblings finished a brace of points each.

The gulf in class between the sides was all too evident, however, as Tipperary cruised into a 1-19 to 0-10 half-time lead.

O’Dwyer scored the 33rd minute goal to cap a fine first-half display from the Killenaule player, with PJ Scully trying in vain to keep UL in touch from placed balls.

With the breeze at their backs in the second half, UL threw over some lovely scores, including four from Kilkenny’s Padraig Walsh, who came on at half-time.

But Tipp were always in control and Conor Kenny completed the rout with the team’s second goal in the dying moments.