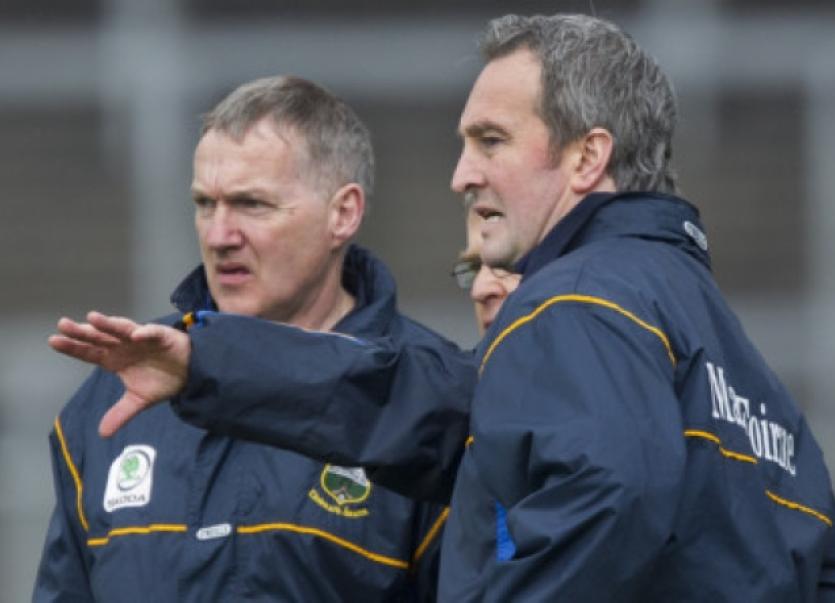 A real gulf in class existed between the two counties in Thurles last month when Conor McGrath’s hat-trick of goals helped the All-Ireland champions to record a comprehensive 4-15 to 0-20 win.

The hope among Tipperary management and players is that the gap has closed significantly since then and the Premier County produced an encouraging performance in the quarter-final victory over Cork.

Ryan believes that Clare won’t deviate too far from their tried and trusted gameplan in Limerick next Sunday, with both teams anxious to lay down a pre-championship marker.

He said: “The surprise would be if they (Clare) do anything much different at this point in time.

“It should be more of the same. They’re in a rich vein of form and playing like worthy All-Ireland champions. They have their own style based on possession and pace and I don’t see them deviating from that plan.

“They create space in the opposition full-back line and that hurt us in Thurles.

“We were annoyed with the goals we coughed up but our eyes are wide open from our perspective.

“Clare have huge competition in their squad with players coming through from the minor and U21 ranks and we have seen an incremental improvement from Clare as the League has progressed.

“It’s a huge challenge but these are the ones that make you get out of bed in the morning to play hurling.

“We’re looking for a big performance from ourselves and if the scoreboard tells us that we’ve won, that’s absolutely great.

“But it’s performance first, result second. And if we’re on the right side of that line at the end of the game, and looking ahead to a League final, where else would you want to be at this point in time?

“It’s the best preparation that you can have. Four teams are going into battle and only two go forward to the final.

“We have a number of weeks to go before the championship kicks off and that remains the focus – nothing has changed. We’ll take this for what it’s worth and move forward to another game that’s worth incrementally more.”

But 2010 Hurler of the Year Lar Corbett remains on the injured list as he attempts to shrug off a troublesome knee injury.

Ryan admitted: “He’s not making the progress that we’d like and it’s probably going to take another bit of time.

“It’s entirely disappointing for him and we’d love to have him back as well.

“But the bigger picture is that we have a large panel, of which Lar is only one.

“I feel really sorry for him because these guys, as we’ve said before, literally put their lives on hold and to have a niggly injury that just seems not to be coming around at this point in time is very frustrating.

“But we’ll stick with it. Now is not the time to get excited. We’ll stay with the plan and trust the medical advisors.

“They’ll ensure that he’s getting the best advice and care possible.

“But to a point, that’s outside of your own control. You can get the greatest care and opinion available to you but that doesn’t actually mean success. That’s the frustrating part and my honest belief is that these are the crucial, important games to get under your belt to have a platform for later in the summer, on every level in terms of intensity, skill, pace and familiarity.

“It’s to know that yeah, I’ve been there and had game time. That’s the disadvantage of being out long-term, you don’t have that game time, the cuts and bruises, the inner belief that I’ve been at this level and intensity.

“We’ll manage it as best we can and we have a training camp (in Clonea) after the Clare game. Because all of the clubs have been out in the county championship, it won’t be as intense as other camps and that’s quite deliberate from our perspective.

“We’ll either be taking a recheck and preparing for Limerick in the championship or focusing on a League final. One way or the other, our season doesn’t begin and end next Sunday. But it is an important step and we want to take a forward step. We have to be a little bit flexible in that it’s not like a balloon and we won’t be letting the air out if we don’t get the result. We hope to get the right performance and trust the result.”