Back to drawing board for minor hurlers’ revival 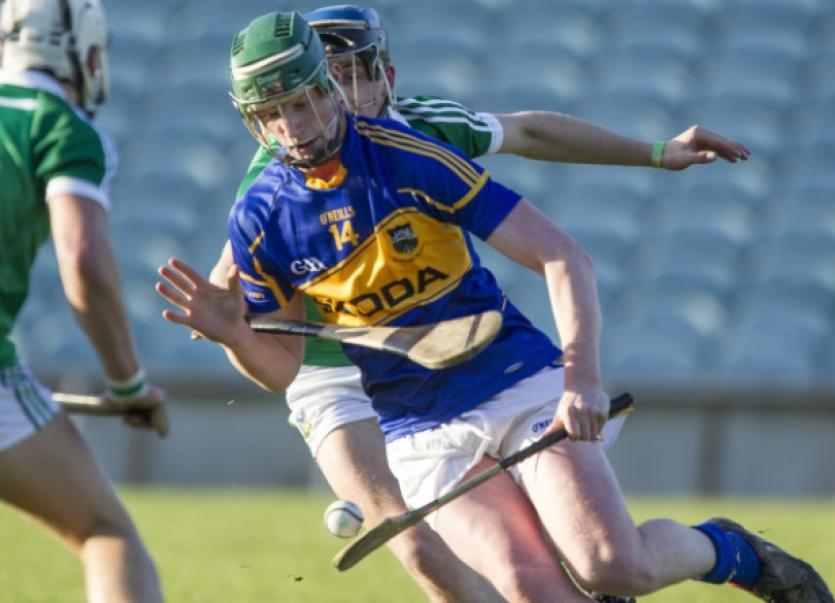 The Premier County suffered a nine-point defeat against the reigning provincial champions and must now play Clare or Kerry for a place in the Munster semi-finals.

Tipp can take some positives out of the game as they came from eight points down early in the second half to trail by just a single point with fifteen minutes remaining.

But shortly after getting back in contention, man of the match Barry Nash scored the first of his two goals to put Limerick firmly back in the driving seat.

Limerick pressed home their superiority from there until the finish and Nash’s second goal in the final minute added a degree of gloss to the final scoreline.

Right from the start, Tipp were up against it as Limerick opted to play with the aid of the breeze in front of 2,811 spectators.

A well-taken 65 by Shane Hennessy brought Tipp to within a point but Limerick had cruised into a 0-8 to 0-4 lead by the 17th minute, with Nash and Cian Lynch very much to the fore.

Limerick began with ten players who featured against Galway in last year’s All-Ireland minor semi-final and the gulf in class was apparent by half-time as Brian Ryan’s charges led the visitors by 0-12 to 0-6.

Tipp managed just one point from play in the opening half, supplied by Tommy Nolan in the 13th minute, whereas Limerick seemed capable of picking off their scores with far more economy.

And when Lynch darted through for a 33rd minute goal, it appeared merely a case of how much Limerick would win by.

But Tipp then enjoyed their best spell of the game, with Nolan and Paul Ryan creating problems inside for the Limerick full-back line.

The pair combined for Ryan’s 37th minute goal and when Andrew Coffey netted a scruffy goal in the 44th minute, it was game on.

Paul Ryan’s point reduced the gap to the bare minimum, 2-9 to 1-13, but Nash’s first goal was a dagger to Tipp’s heart.

A feature of Limerick’s play on a fine evening for hurling was their ability to win primary possession in the air and Colin Ryan showcased this particular skill magnificently.

Goalkeeper for Limerick last year, Ryan has made the transition to attack and his aerial prowess created all three of his side’s goals.

Tipp were swimming very much against the tide down the home straight and in the final 15 minutes plus injury time, Limerick outscored their opponents by 2-4 to 0-2.

On this evidence, Limerick look well placed to launch a successful defence of the Munster minor hurling championship crown.

Limerick manager Ryan believes that Tipp may provide opposition down the road again but Cahill knows that it’s very much back to the drawing board ahead of a semi-final play-off, with Clare tipped to provide the opposition in a do-or-die clash.

Physically, Limerick towered over their Tipperary opponents but there are enough raw materials at Cahill’s disposal to suggest that a revival is not beyond the bounds of possibility.

Tipp will need to score far more of an attacking threat to make an impact against Clare, however, as the visitors managed just 2-5 from play in Limerick.

Failing to primary possession in attack was another issue as Tipp’s defence creaked under enormous pressure, with Limerick’s ball-winning ability most evident in their half-forward division.