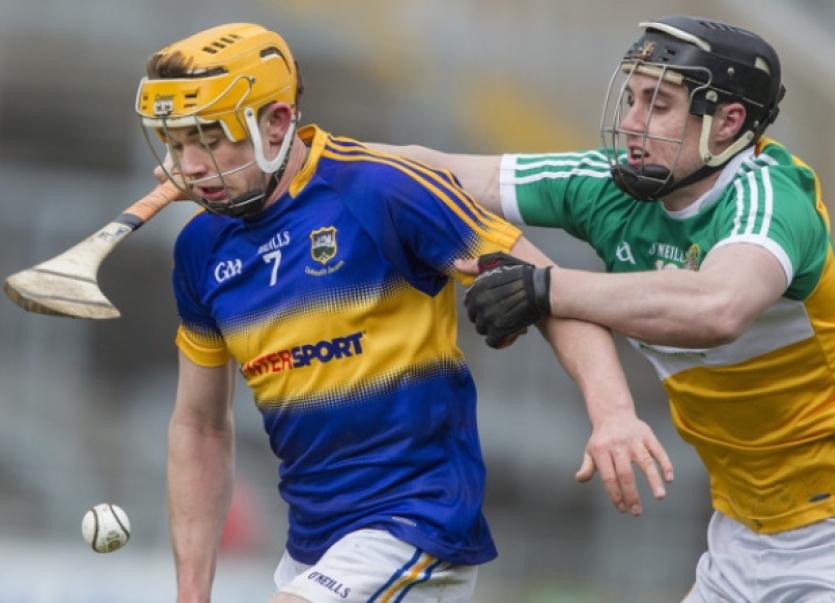 Two of Tipperary’s most lethal forwards have been receiving a lot of punishment in recent games, manager Eamon O’Shea said in the aftermath of Sunday’s quarter final win over Offaly.

Two of Tipperary’s most lethal forwards have been receiving a lot of punishment in recent games, manager Eamon O’Shea said in the aftermath of Sunday’s quarter final win over Offaly.

When asked about Seamus Callanan’s retaliation to a Dermot Shortt tackle that saw him receive a straight red card, O’Shea referred to the punishment he had received, both against Offaly and the previous Sunday in Cork.

It had been the same for John ‘Bubbles’ O’Dwyer as a back injury sustained against Cork prevented him playing last Sunday.

The Tipp boss added that the league format was putting a lot of pressure on the players.

“I welcome the break of two weeks now for club games. It’s a very demanding league with players out every Sunday without being rested. These are amateur players, not professional players and we need a serious rethink about the amount of matches these players are being asked to play week after week”.

After such a hectic schedule, O’Shea was pleased with the performance of his team against Offaly, despite the dismissal of two players and the loss of another to injury.

“It was a game where events happen and you have to deal with them. I thought we were good all through in terms of attitude, our attitude was first class, even when we went down to fourteen players and then thirteen players, and that’s all you can ask for really“.

He added that for the fifth game in a row they had shown that their attitude was top class and that’s what he had been looking for on the day.

“I am really proud of the way they battled and worked hard. It wasn’t easy to hurl out there. Offaly came with a formidable challenge in the second half and that’s the way the game unfolded”.

Asked about Tipp being able to build up a big lead when playing with the strong breeze in the first half, he said he was happy with the display, adding that they had upped their training a little last week and was happy with the performance.