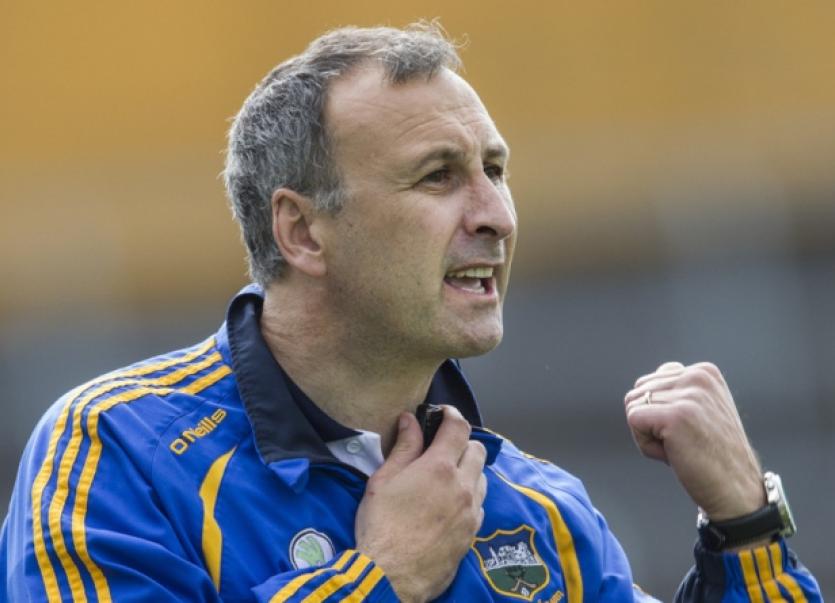 Tipperary manager Peter Creedon is hopeful his side ‘will be there or thereabouts’ when they challenge All-Ireland champions Kerry on Sunday next, writes Jeddy Walsh.

Tipperary manager Peter Creedon is hopeful his side ‘will be there or thereabouts’ when they challenge All-Ireland champions Kerry on Sunday next, writes Jeddy Walsh.

Now in his fourth year at the helm of Tipp football, the West Cork man is trying to balance new found optimism with the reality of a 17 points drubbing against the same opposition in Killarney just two years ago.

“From our point of view, what is pleasing this year is that we probably have a better choice on the bench as well as more options to pick from. There’s no guarantee that the same 15 will start again. We’d be hoping to be competitive with Kerry for as long as we possibly can and maybe the bench might help to get us that bit closer over the 70 minutes.

“The reality is that if you beat Kerry, you probably win an All-Ireland!

“Tipp haven’t done that in a long time, 17 points in it two years ago down in Killarney and it was fairly embarrassing. We want to put that right this year by putting in a good, solid performance and seeing where that takes us.

“We competed with Cork last year, with Galway even though we didn’t play as well as we possibly can and we competed with Armagh this year so we’re showing that there is a bit extra in us that might not have been there a couple of years back. Against Kerry, our own skill levels will have to be good and our execution of the basic skills will have to be good. Don’t give them handy ball to counteract us. If we do that, and battle hard, please God we’ll be there or thereabouts.

“I believe we’re fitter than last year and some of the young lads are a year older. And we’ve had the experience of the U21 championship, winning a couple of big games against Cork and Dublin. Our League campaign wasn’t too bad, we’re notching up all the time slowly. It’s like climbing a mountain really, the first couple of kilometres uphill are straightforward enough but it starts to get harder as you go up. That’s where we’re at now, heading up to the last bit and if we can pull in another two or three players to add depth to the starting 15, I think we’ll be improving again.”

Looking towards Kerry on Sunday next...

“I think you have to have confidence in what you’re doing yourself. The thing with Kerry, and I know from playing them a lot, is that if you go overtly defensive, they’ll figure out a way and genuinely speaking we won’t be stupid, we’ll mind the house. It will be about how we use the ball will be the determining factor. Can we get up to 14 or 15 scores? We had 12 against Galway, even though it was four goals tagged along with it. It will be about our scoring against Kerry and if we can get up to 14 or 15 scores, we’ll be thrilled.

Asked was he surprised with Kerry last year, coming from where they did, without Colin Cooper?...

“The more you start studying Kerry, you start to realise that they train probably harder than anybody else. They’ve obviously got quality footballers and they’re well managed and well coached. It’s not a fluke. Plus they have massive tradition behind them as well. Their performance against Cork in the Munster final was superb. Obviously the Mayo game could have gone either way and in the All-Ireland final Colm McFadden’s ball hit the goal post at the end but they were good and what Kerry are good at is figuring out how to play the opposition on a given day. They can kick the ball, handpass the ball and that’s the challenge of playing them – they’re probably the best team in the country and they’ll probably continue to be so in the years ahead. But for us it’s a great challenge, they’re the benchmark and we’ll see where we stand.”