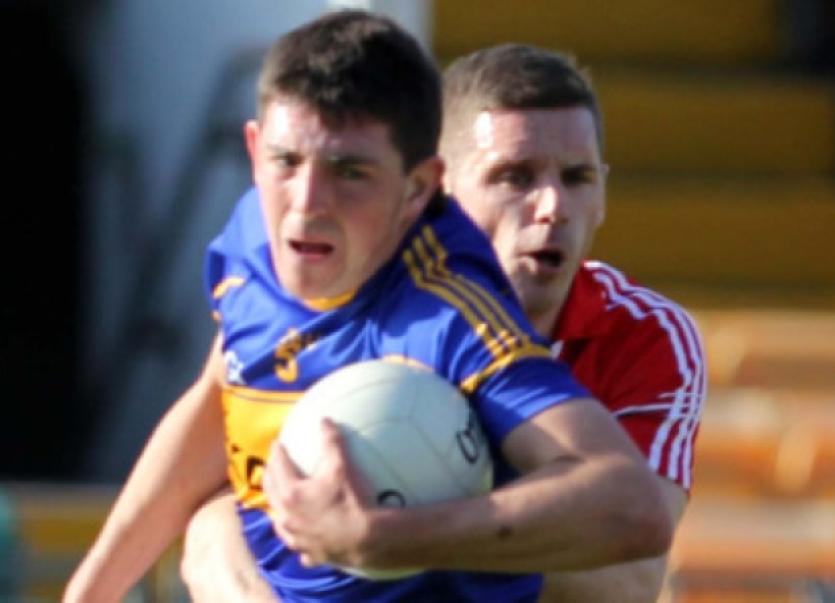 Ever before the ball was thrown-in at Semple Stadium on Sunday last, Tipp footballers’ ‘real business’ in this year’s league was complete.

Ever before the ball was thrown-in at Semple Stadium on Sunday last, Tipp footballers’ ‘real business’ in this year’s league was complete.

Results elsewhere over the weekend had sealed the county’s fate in Division 3; the slim thread by which our promotion hopes were held had been severed by victories for both Armagh and Fermanagh.

Tipperary therefore had little more than pride at stake for the visit to Thurles of Sligo, but credit to Peter Creedon’s side for focusing on the job in hand. Deservedly at the end of “92 minutes” they had recorded their fourth win from six starts and their third on the bounce since the defeat in Enniskillen to Fermanagh.

Credit also to the visitors from the north west who, still desperate for points to retain their Division 3 status, tested Tipp right to the end. On a wild day for football with a very strong wind blowing, little separated the sides at any stage with the lead changing hands numerous times. Indeed with 10 minutes remaining the visitors led by a point and ultimately were denied only by a late Tipp surge deep into an extended “added time” of over 20 minutes due to Colin O’Riordan’s injury.

Against the strong wind Tipp opened positively with Conor Sweeney raising a white flag inside 30 seconds and he added a free in the fourth minute for a 0-2 to 0-0 lead.

Sligo captain Mark Breheny who would end the day with seven points to his name, had it back to level soon afterwards before Philip  Austin with his first point of the game nudged Tipp back infront on nine minutes.

Breheny in a fine display of markmanship added a further pair of points to put the men in black ahead for the first time.

By the 22nd minute they were two to the good at 0-6 to 0-4 with both corner forwards, David Kelly and Adrian Marren on target following a Sweeney free for Tipp.

A double blow for Sligo followed when in the space of two minutes two players were black carded - Neil Ewing and Adrian Marren ordered off.

Tipp took advantage of this disruption and scores from Sweeney (free), debutant Jason Lonergan and Philip Austin edged the home side one up before, in the ebb-and-flow nature, two late points from centre-forward Breheny gave his side a slender wind-assisted 0-8 to 0-7 interval lead.

The Connacht side stretched that advantage to three in the first five minutes of the second half with points from sub Stephen Gilmartin and David Kelly. Tipp responded superbly with three excellent points from Jason Lonergan - who did very well overall and whose obvious pace is a welcome addition to the attack - Colin O’Riordan and Ian Fahey from 45 metres with the outside of the boot.

What initially appeared an innocouos challenge on Tipp under 21 star Colin O’Riordan would hold the game up for more than 20 minutes before the JK Brackens man was stretchered off. The referee was quick to stop the game and reassuringly the medical staff took full control of the situation immediately.

Conor Sweeney resumed the game after the long lay-off with a free for a 0-11 to 0-10 lead for Tipp, but Sligo in need of league points were determined to get something from the game and quickly regained the lead once more with a free from their goalkeeper Aidan Devaney and an excellent point by Mark Breheny while moving away from the goal.

Niall Murphy and substitute Barry Grogan swopped late points but Tipperary had done enough on a testing day in every sense for the winners.

In this penultimate game of the campaign with nothing of note at stake Tipp showed a mindset that was positive throughout. Peter Acheson marshalled the defence well with Seamus Kennedy and Robbie Kiely prominent in their varying roles. George Hannigan at midfield won a lot of important high ball for Tipp throughout while upfront Philip Austin and Jason Lonergan had some very good moments and scores.

Next Sunday is Tipp’s final league game and it brings relegated Wexford to Clonmel for a fixture which is now only of statistical significance. Manager Peter Creedon has promised to give his panel a run-through and no doubt will rest the six under 21 players who started on Sunday last as they prepare for their Munster final game with Cork in Thurles on Thursday, 9th April.