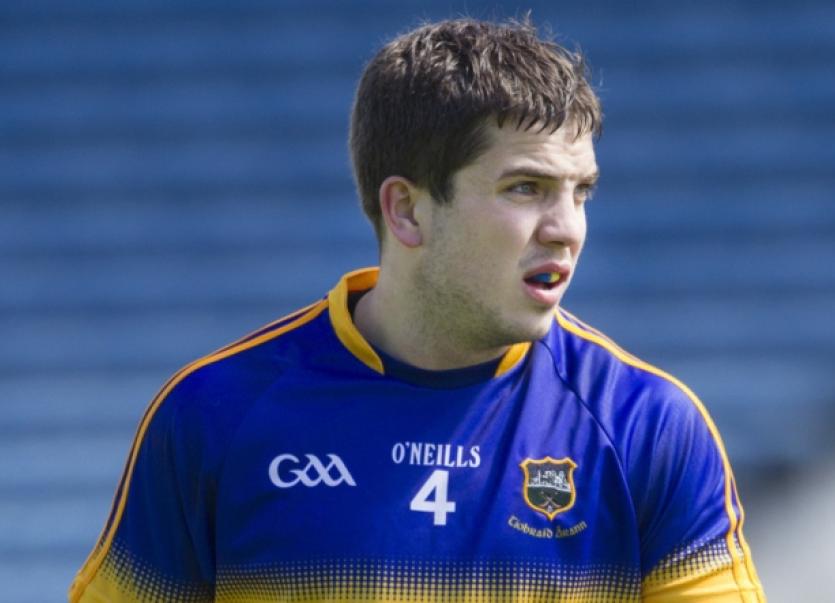 In a Tipperary team that now endeavours to play an attractive brand of attacking football, arguably the most vital link player in the side is versatile defender Robbie Kiely, writes Jeddy Walsh.

In a Tipperary team that now endeavours to play an attractive brand of attacking football, arguably the most vital link player in the side is versatile defender Robbie Kiely, writes Jeddy Walsh.

Now playing his club football with Carbery Rangers in West Cork, Kiely is so often the conduit from which the football is carried from defence to attack for Tipperary. Possessing a burning turn of foot, his incessant probing at opposition defences is often the line breaker for Tipp scores. A sense of excitement rises amongst fans when the former Arravale Rovers clubman builds up a head of steam and takes on his opposite number. It is always good to watch.

At the recent press evening at Dr. Morris Park, on his way from Galway to home in Courtmacsharry - the NUIG student took time to discuss his football and the upcoming semi-final with Kerry.

Regularly bothered by nagging hamstring injuries, Robbie, on the persuasion of physio Marie Ahearne, has come up with a novel idea this year - yoga,

“There is yoga class down in Courtmacsharry, full of all auld ladies. Also watching Youtube videos. Then chilling for a half an hour after a gym session, turn on a playlist that I like, and do it that way.

“It’s basically just getting my body loosened up after two hours in a car back from training. I’d be in the car from 4.30pm every day making training, train, and then head back home and it would be 11.30, 11.45pm before I would be back home.”

Asked on how he finds club football in Cork?

“The club have been very welcoming (Carbery Rangers). I have had a good few training sessions with them. It’s a different standard the way they play football down there. A lot of the clubs are closer than Tipp football where there would be a huge gap. If a team came up from Intermediate in Tipp there would be a bit of a beating on the cards but down there we lost our first game in the championship to the intermediate champions from last year. So it is much closer and the games are much tighter which is something I enjoy as well.

About the nice brand of football Tipp are playing at present?

“It’s something we like to do is to get forward as quickly as possible and help out the attack and a spare man is always good to break down a defence.

“It’s a lot to do with the other players around you as well. We have two great midfielders as well (Steven O’Brien and George Hannigan) who are the anchors giving us the freedom to go forward as well which helps.

“Against Kerry, it is going to be a completely different kettle of fish as they are All-Ireland champions. You wouldn’t want to be going all-out attack either.

“I saw a few things over the weekend on the Sunday Game, you saw Longford going all out, 15 on 15 against Dublin, it just doesn’t work sometimes. So we have to sit down and study Kerry and see what suits us best.”

On the younger players coming through.

“The under 21 players that are coming through are unbelievable. They just lift everything in training, and you need to have that week in week out.

“You have the likes of Colm O’Shaughnessy coming in from the under 21’s and he is still in school. It’s amazing to see that progress in Tipp football and it’s great to see it coming through.”

Playing against the Kerry forwards?

“I can’t wait. The last time we played Kerry we got a right trouncing down in Killarney but coming up against the Gooch, Donaghy and O’Donoghue, it’s just the stuff you love to see coming.

“As a sportsman, you want to go out and try and compete against the best and there is now doubt that they are currently the top team in Ireland and one that we want to beat and meet with enthusiasm but we have to be careful all the same as well,” he concluded.