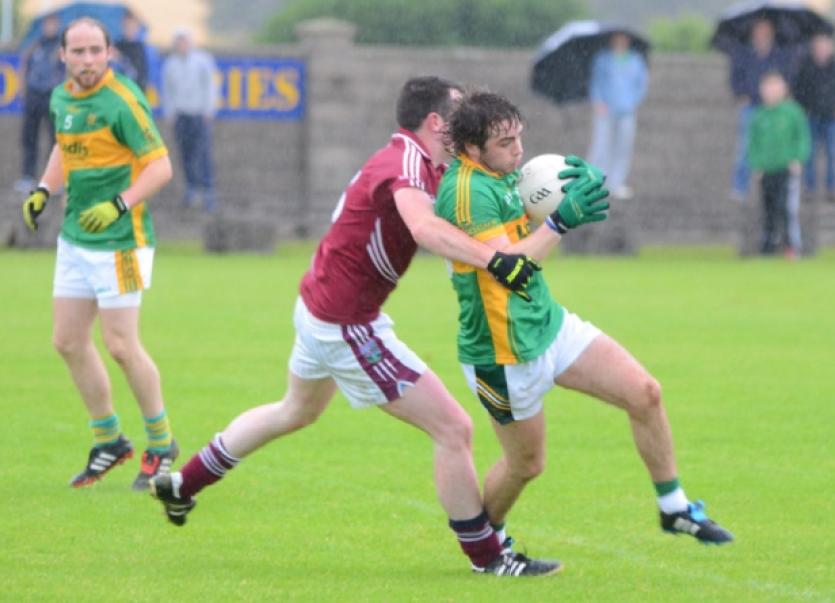 At this stage Ardfinnan were playing all the football and creating chances at their ease. They were running at the Commercials defence and while there was no threat to the Commercials goal, they picked off early points.

Commercials had three wides before Michael Quinlivan opened his side’s account in the 13th minute. The full forward went close to goaling in the opening minutes when he fielded a high ball but his shot went narrowly wide of Naill Hickey’s left hand post. The sides were level in the 17th minute as Quinlivan and Danny Madigan added points.

Commercials were now settled into the game and with Seamus Kennedy and Jack Kennedy moving well in the middle of the field, Ardfinnan were beginning to struggle. By the time Billy Hewitt tagged on his side’s fourth point in the 28th minute, Commercials were five clear and in control. Quinlivan was a constant threat and used the possession well. Colm Shaughnessy, Sean Nagle, Gerry Cronin and Billy Hewitt were battling but as the sides went to the half time break Commercials led by four points and were the better side in most sectors.

Ardfinnan required a good start to the second half but when Seamus Kennedy won the throw in and set up his midfield partner Jack Kennedy to point inside the opening 30 seconds, the writing was on the wall and when Quinlivan goaled two minutes later, the game was all but over as a contest as Commercials led by eight points.

The Clonmel side were completely dominant and tagged on further points through Jason Lonergan, Eoin Fitzgerald and Richie Carroll. When Billy Hewitt converted a free for Ardfinnan in the 10th minute his side trailed by 12 points. This was to be Ardfinnan’s final score as the game fizzled out. Further goals from substitutes Ian Barnes and Alan Lonergan closed out the game for Commercials and set up a repeat of the final pairings of 2013 as Kilsheelan and Commercials will do battle once more.

Commercials were impressive and caused Ardfinnan problems all over the field. Michael Quinlivan gave an exhibition at full forward ending the game with a personal tally of 1-10. Ardfinnan failed to deal with his threat and with a good supply from out the field he simply destroyed the Ardfinnan rearguard. At the back captain Kevin Harney and Kevin Fahey were assured while Jack and Seamus Kennedy were excellent throughout. Ardfinnan will have to gather themselves after this setback but have enough good footballers to get their year back on track in the county championship.