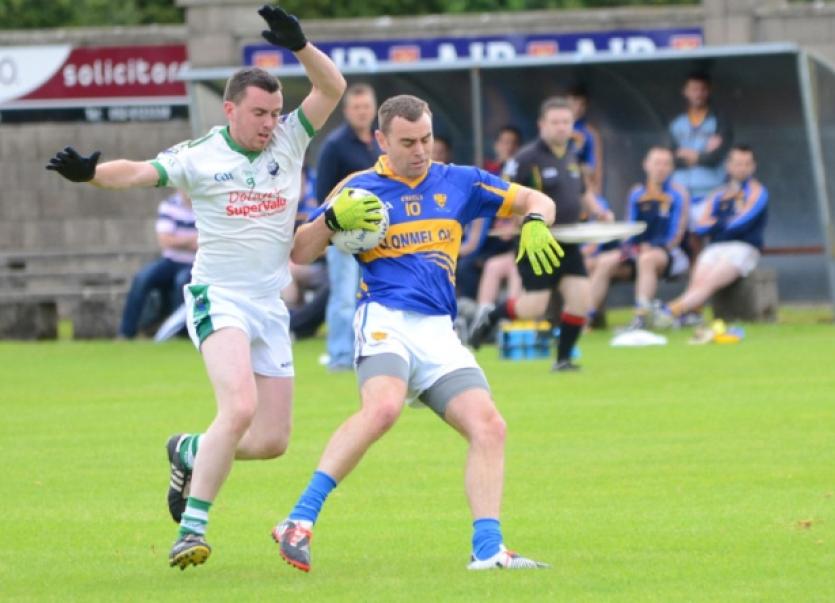 Kilsheelan/Kilcash qualified for the South SFC final against neighbours Clonmel Commercials when they proved too strong for Cahir in the semi-final at Monroe on Sunday evening, winning 2-15 to 0-10. They led 0-10 to 0-5 at the break.

Kilsheelan/Kilcash qualified for the South SFC final against neighbours Clonmel Commercials when they proved too strong for Cahir in the semi-final at Monroe on Sunday evening, winning 2-15 to 0-10. They led 0-10 to 0-5 at the break.

Goalie Evan Comerford opened their scoring from a free but Cahir replied with three in a row from Brian McKenna and Liam Casey (2).

Mark Kehoe picked off a point for Kilsheelan with Paul Maher finishing off a fine movement with a point to draw level 0-3 each. Kilsheelan’s Paul and Bill Maher, Mark Kehoe and Brendan Martin were causing major problems for Cahir.

The sides were level again at 0-5 each and supporters thought there was going to be a ding dong game but this fizzled out as Kilsheelan started running at the Cahir defence to score five points without reply up half time - four frees from Evan Comerford as the constant pressusre won frees, with Adrian Walsh scoring the only point from play to leave the half time score 0-10 to 0-5

After the interval Kilsheelan added two more points in the first two minutes, another Comerford free and the second from Bill Maher. Cahir came back into the game when Conor Cashman was introduced to wing forward with Liam Casey scoring a point from a free and then Benny Hickey got his first score of the day, a great point that just dropped over the crossbar.

When Dean Lonergan scored a point from a 45, the gap was closing. Cahir introduced Paraic Whelan and his first touch was a point to leave the score 0-12 to 0-9 after 43 minutes. Kilsheelan added another by Mark Kehoe from play before the end of the third quarter to leave four in it. They then upped the tempo again with a goal from Paul Maher after a great run from Brendan Martin followed by two points - from an Adrian Walsh free and Brendan Martin from play.

Martin then set up Adrian Wash to kick a pile driver to the back of the net. Comerford could have extended the lead but blasted a penalty wide but was rewarded when he pointed a 30m free to leave the final score 2-15 to 0-10.