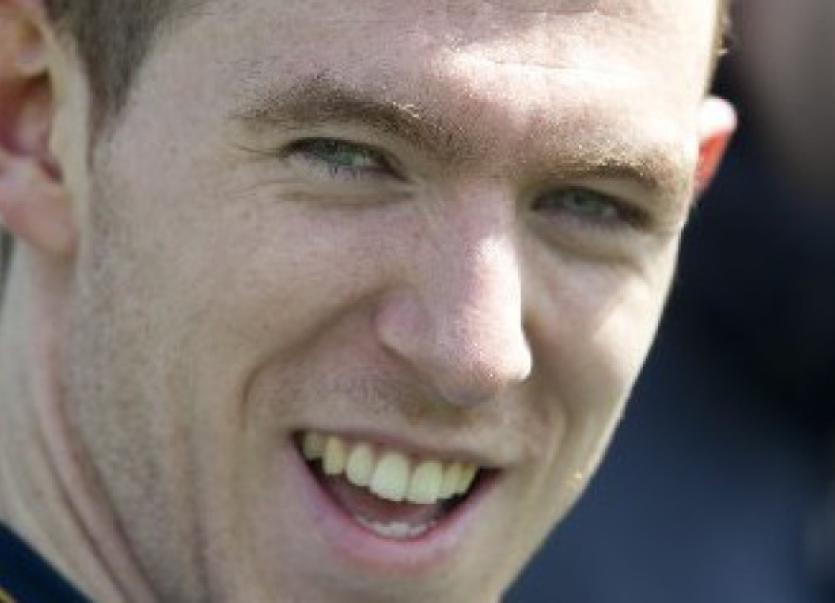 Moyle Rovers just about kept their only lifeline to the knock-out stages of the county championship alive with a two-points win over Drom and Inch on Saturday evening last.

Moyle Rovers just about kept their only lifeline to the knock-out stages of the county championship alive with a two-points win over Drom and Inch on Saturday evening last.

Having been eliminated from the South championship at the first hurdle, Rovers can now only qualify through Group 2 of the County Championship and they were mighty relieved to get out of Leahy Park, Cashel with this win over last year’s county intermediate champions, Drom and Inch.

The Powerstown and Lisronagh side were desperately hanging on at the death, and like a boxer on the ropes were hugely relieved to hear Michael Duffy’s full-time blast of the whistle. The second half belonged to the Mid side, outscoring their opponents 0-6 to 0-2, and had they shown a bit more composure in the dying minutes when they were the dominant side a major shock was certainly on the cards.

Rovers, who only contributed two frees in the entire second half and failed to score for the last 23 minutes of the game remain unbeaten with one game to play (against Ardfinnan who eliminated them from the South). A draw would see them through to the county quarter-finals. A huge improvement will be needed from this stage onwards as the county race develops.

Drom and Inch, without the services of ‘unavailable’ senior county hurlers Seamus Callanan and James Woodlock, opened the scoring with a point from David Butler. Moyle Rovers, thanks to the accuracy of the experienced county player Brian Mulvihill with three frees, and a sweet point from Diarmuid Foley, were 0-4 to 0-1 up after 11 minutes and looking comfortable.

By the 20th minute that lead was out to 0-8 to 0-2. An excellent 14th minute point on the run by Drom’s Michael Connors was followed by a fine brace of long range efforts by Rovers full-forward Jack Lonergan, a ‘45’ by goalkeeper Ciaran Kenrick and another point from distance by man-of-the-match Brian Mulvihill. Six up it seemed it would be all according to script now for Moyle Rovers.

Four minutes before the break Drom’s Edward Costello received a black card with county minor Emmet Moloney coming on. In the run-up to the break Mulvihill added two more points for Rovers (one a free) with Drom replying through a free from David Butler and an splendid point by Jamie Bergin after Micheal Butler’s good run.

The second half was a different matter and within the first two minutes the Mid side served notice of their intentions. Michael Connors put David Butler through and his powerful effort at goal was superbly saved by Ciaran Kenrick. It was to prove crucial.

A pair of early Brian Mulvihill frees sandwiched two neat points from play for Drom by Michael Butler and Michael Connors - the Mid side were looking the hungrier and livelier now. As the half developed they also seemed to have a fitness edge on a tiring Rovers team.

The last 20 minutes of the game were bossed by Drom with the class of Tommy Nolan, Jamie Bergin and Emmet Moloney coming to the fore. Two excellent points in quick succession midway through from county minor Nolan narrowed the gap to four.

Rovers’ already undersiege defence was dealt a further blow with the dismissal of Sean Keating five minutes from time for a black card offence added to his earlier yellow. David Butler’s resultant free pegged it back to three.

With the game on a knife-edge Drom had two further 30 metre frees which were both missed much to the relief of the South team. When added to a simple tap-over free that was missed in the third minute of the game it shows just how close Drom and Inch came to winning this tie.

The final piece of drama was a 20 metre free at the death for which Moyle Rovers packed nine players on to their goalline but David Butler blasted over for what was the final score of the game.

Moyle Rovers were seriously depleted on the night with no less than eight players unavailable from their Group 2 win Aherlow Gaels, but they will still be far from happy with this display. From being in control for most of the opening period they completely lost their way after the break with some of the side visibly tiring towards the end - a fitness or tiredness issue perhaps. On the night it fell to the experience of the likes of Brian Mulvihill whose frees, points from play and overall workrate stood out. Fellow inter-county player Alan Campbell put in another top notch performance at the heart of the defence. Others to play a big part with their efforts were Martin Dunne, Diarmuid Foley and Tadgh Fitzgerald.