All too easy for Moyle Rovers in one-sided contest 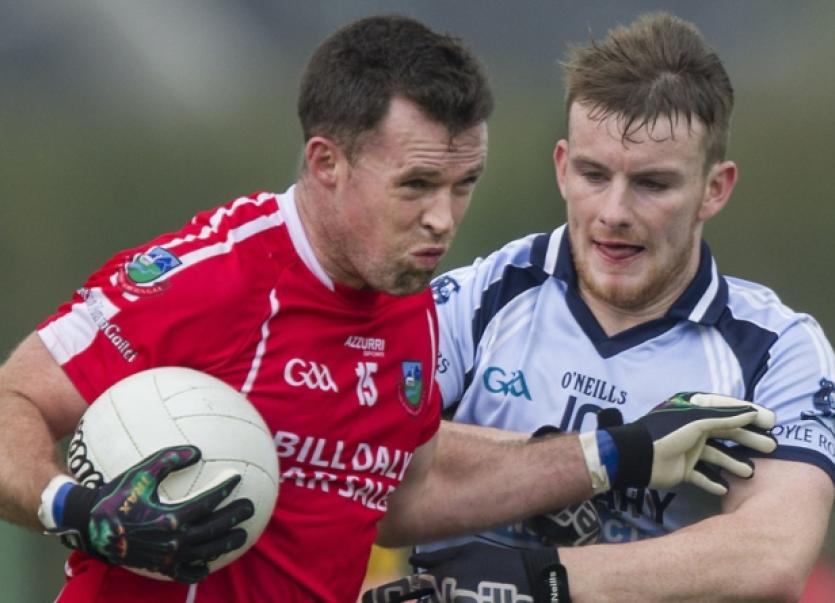 When Moyle Rovers and Galtee Rovers met in the knock-out stages of the championship 12 months ago in Ardfinnan, just a single point separated them after a very competitive game. Not so this time round.

When Moyle Rovers and Galtee Rovers met in the knock-out stages of the championship 12 months ago in Ardfinnan, just a single point separated them after a very competitive game. Not so this time round.

Just like last year the South division side once again prevailed but there the similarities end. This time round it was a totally one sided contest almost from the start, a whopping 24 points separating the sides at the end of a day the Bansha side will wish to forget in a hurry.

The previous Sunday Galtee Rovers had hard-earned their place in the last eight with victory over a very understrength Cahir side, gallantly coming from seven points down to win. But a Moyle Rovers side at near full-strength were a different matter altogether at Cashel on Sunday last. Galtee Rovers simply had no answers for the Powerstown/Lisronagh side who never needed to hit top gear in winning comfortably.

Galtee had the first point of the day from a Shane Egan free three minutes after the start but they wouldn’t score again until right on the half-time whistle when Tony Egan had their first point from play.

In the intervening period Moyle Rovers scored 1-6 but with better use of the ball should have been more than seven points up at the break.

Their first score was a goal, six minutes in, when after two blocks by goalkeeper Eamon O’Connell, David McGrath toe-poked the ball over the line.

Peter Acheson, Martin Dunne and Stephen Quirke were showing well around the centre of the park for Moyle Rovers but in the early stages the Bansha rearguard were holding their own. Two placed balls by Liam Boland (free and 45) had the “Sky Blues” 1-2 to 0-1 ahead after nine minutes, the 45 resulting after Pa Morrissey got back to save a certain goal from David McGrath.

Four points in a row from Stephen Quirke (2), Liam Boland (free) and David McGrath stretched the lead to eight before Galtee put together a good move, the ball going through Andrew and Pa Morrissey before Tony Egan slotted over just on John Butler’s half-time whistle.

Galtee Rovers needed a big start to the second to ignite a comeback but within 30 seconds of the re-start a collision between two of their own players forced Tony O’Brien off injured. Somehow it looked like it was going to be one of those days when nothing would go right for them.

Midway through the second period Moyle Rovers - following four points in a row from Stephen Quirke (2, one free), Liam Boland (free) and Diarmuid Foley - looked home and hosed leading 1-10 to 0-2.

Galtee’s only point of the second half came 12 minutes from time when the hard-working midfielder Conor O’Sullivan pointed. But thereafter the floodgates opened and in the last 10 minutes Moyle Rovers would score 3-5 without reply.

After Liam Boland sweetly struck his second 45 of the day, and Diarmuid Foley pointed, three goals followed in three minutes.

A good run through the centre from team captain  Peter Acheson was well finished by David McGrath in the 52nd minute.

Diarmuid Foley who had a much livelier second half crashed home another goal after a fluid handpassing move carved opened Bansha.

Then almost from the kick-out a long ball was delivered back into the Galtee goal area and the towering Stephen Quirke punched home to leave it 4-12 to 0-3 with still a few minutes to endure.

So Moyle Rovers ease through to a county semi-final having learned almost nothing from such a lopsided encounter. They could certainly have done with a far stiffer challenge ahead of next Sunday’s semi-final against a fancied Arravale Rovers side which will be an entirely different matter altogether.

Their best on the day were Alan Campbell and Tadgh Fitzgerald in defence, Peter Acheson and Martin Dunne in the middle, with Stephen Quirke, David McGrath and Diarmuid Foley the pick of the forwards.