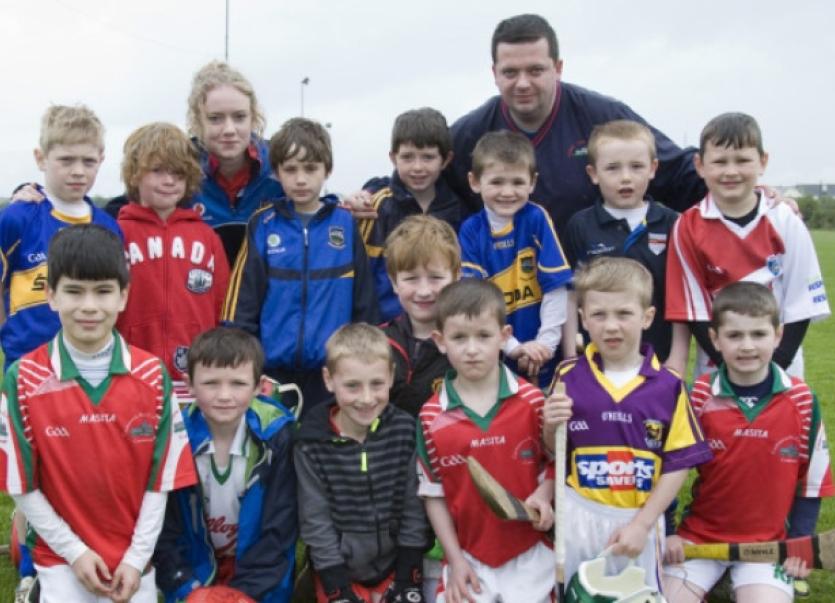 Pride of place last week goes to our U14 footballers as they ran out convincing winners over Cappawhite Gaels on a scoreline of 4-11 to 0-5 played in Clonoulty.

Pride of place last week goes to our U14 footballers as they ran out convincing winners over Cappawhite Gaels on a scoreline of 4-11 to 0-5 played in Clonoulty.

As the final score suggests Cashel were full value for the win. The foundations were laid in the opening half as the boys went on a scoring spree, putting 3-8 on the board to the opposition’s 3 pts who found it tough going against a tidy and watertight Cashel defensive unit. Cashel were always in control in the second half adding a further goal and three points. The final whistle was met with great cheers and celebrations as Cashel now go forward to play Moyle Rovers tonight Wednesday the 11th of June at 7pm in Ballylooby for a place in the County Final. As much support as is possible is welcome. Well done to captain Ryan O’Sullivan and his panel of players and mentors on this fantastic achievement. Also well done to Eoghan Connolly on playing a pivotal role and captaining West Tipperarys U.14 Hurlers to success recently. Good luck to all those sitting their exams at this moment.

Cumann Na mBunscoil - All roads lead to Semple Stadium next week as our local Primary Schools take part in the Cumann na mBunscol County Finals. On Tuesday June 17th, St.John The Baptist Girls School have two teams taking part. At 11am their U11 team play Ballylooby in the Roinn A1 Camogie Final and at 11.50am their U13 team play Ballina in the Roinn B Camogie Final. On Wednesday June 18th at 5.30pm. St John The Baptist BNS play St Mary’s CBS in the Roinn A County Final. If Munster Hurling Semi Final on Sunday 15th June ends in a draw, all Cumann na mBunscol Finals will move to The Ragg with the same dates and times as scheduled. Best of luck to the three teams involved.

Senior Hurling - Next Saturday night Cashel KC and Cappawhite will play each other with the winners staying in the hunt for West Championship honours. A win in this key encounter could see Cashel turn the corner. (Throw in on Saturday in Dundrum at 7.30pm).