Corbett back for Sars - good news for Tipp 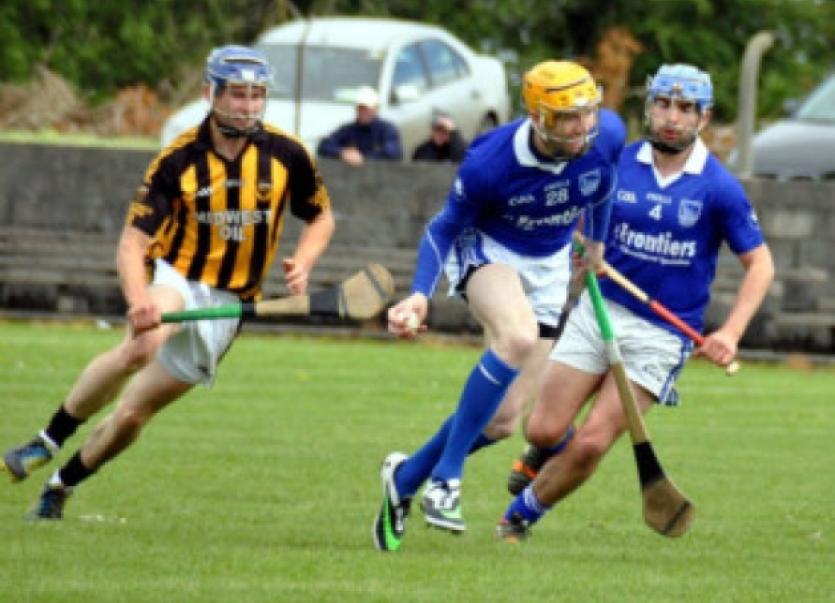 The first round of the Centenary Agri Mid Tipperary senior hurling championship between Thurles Sarsfields and Upperchurch Drombane was a rather pedestrian affair, until ten minutes from time.

The first round of the Centenary Agri Mid Tipperary senior hurling championship between Thurles Sarsfields and Upperchurch Drombane was a rather pedestrian affair, until ten minutes from time.

The Sars’ were, as expected, winning the game with a degree of comfort, when the familiar yellow helmetted figure of Lar Corbett rose from the subs bench and commenced a warm up. Moments later he was sent into the fray - his first competitive action since the Waterford Crystal Cup and his first outing for the club this season.

All of a suddent there was a buzz of excitement in the attendance at Boherlahan as patrons strained their eyes to see how the former Hurler of the Year was looking. ‘He’s in fair shape’, said one. ‘He looks hungry for the ball,’ said another. ‘Why wouldn’t he be, sure he has hardly pucked a ball since Nowlan Park last year,’ offered a third.

All comments proved to be accurate alright and the over riding concensus was that Lar’s return for Sars’ - brief though it was - was great to see.

In typical Corbett fashion, he fired over the last Sarsfields score of the match to round off a 0-26 to 0-12 victory, and was almost onto one of his trademark bursts on goal , moments beforehand, only to see the sliothar deceive him.

Lar Corbett’s return is good news for Eamonn O’Shea and Tipperary and while the All-Star hurler still has a distance to go to be right for inter county championship fare, he certainly looked to have his appetite back. He was busy and moving well for the ten minutes he was on the pitch and his presence certainly added to the interest level in a game which was well over and had long since lost it’s intensity.

Whether, the star forward will have enough done to warrant a place in the Tipperary starting line-up against Limerick in Semple Stadium on June 1st, remains to be seen. He will just hope to keep injury free and that the kneee problem which robbed him of any hurling over the last few months will stay away.

Sarsfields and Tipperary defender Michael Cahill did not emerge for the second half of the game having picked up a slight hamstring/groin strain, but the injury is not thought to be serious. He was treated immediately in the Sarsfields dressingroom by team masseur Mick Clohessy, who is also the masseur to the Tipperary senior hurling team. Cahill has been in outstanding form for Tipperary and will be hoping to get back from the injury in time to face Limerick.