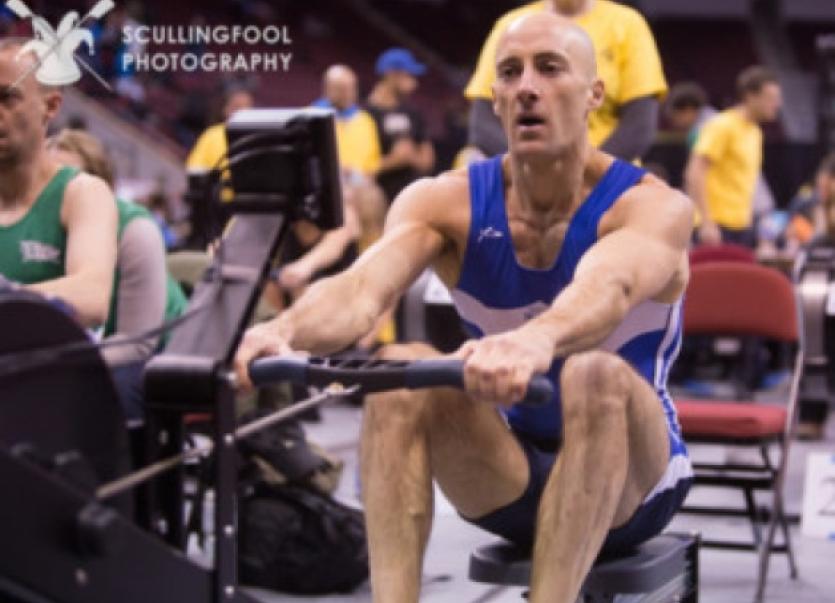 Tipperary has a World champion gold medalist in it’s midst following the exploits of Moneygall based Ken McDonald at the World Indoor Rowing championships in Boston last week.

Tipperary has a World champion gold medalist in it’s midst following the exploits of Moneygall based Ken McDonald at the World Indoor Rowing championships in Boston last week.

A native of Limerick, Ken is a strength and conditioning coach in the Garda Training College in Templemore and is currently the physical coach to the Tipperary U-21 hurlers.

As Irish champion, he competed in the World championships in Boston in the light weight section, and won the gold medal in a time of 6 mins and 24 seconds. Ken had hoped to beat the Irish record of 6.21, but he feels that he exploded into the race at too hot a pace and was unable to sustain the effort for the record, eventhough he knew after 1200 metres of the 2000 metre race that he would win gold.

“I went off too hard and it can be diffiuclt to pace yourself in this event. There is a very narrow margin and while I knew I was never going to be caught, I just could not get the record. I am hoping to break it in the next few weeks though,” Ken told us this week.

The event attracted over 2,000 competitors from all over the globe and there were in excess of 9,000 spectators packed into the venue to see Ken win gold for Ireland.

He is hoping to go back again in 2015 to retain his title, but this time round he will be invited and will be supported financially in his bid - up to now, all of his efforts have been self financed.

Ken’s remarkable achievement on the rowing machine has put the Premier County on the map. And, he is hoping for more glory very soon. See opposite for more.