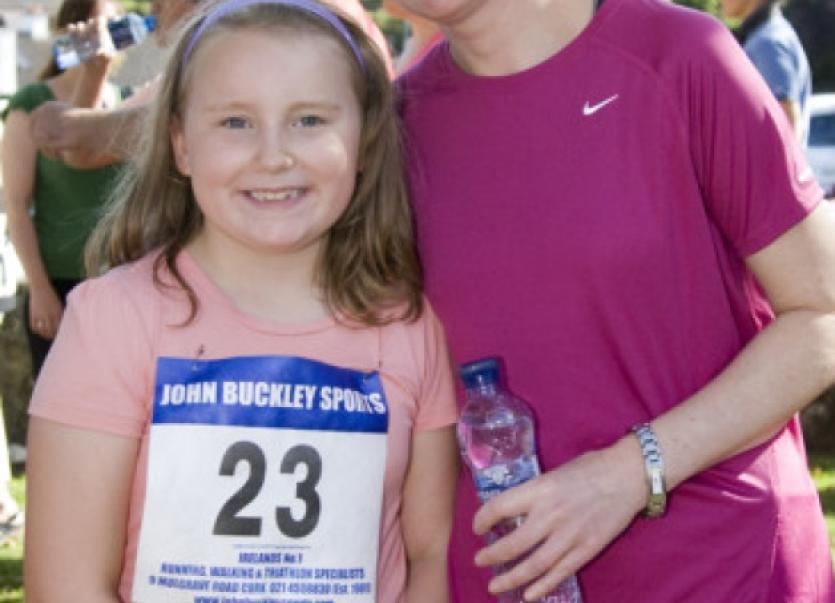 The fun run/walk was organised by the school community in an effort to raise funds for new furniture in the classrooms.

To this end, they were very successful with over 175 participants of all ages and abilities taking part on the day.

Registration commenced at 11am in the Rock Car Park and the race got underway at 12pm, with the runners beginning at the Rock and taking in the Kiln, out the Camas Road and back in the Bóithrín Bocht before finishing at O’Brien’s Farmhouse opposite Hore Abbey.

Several seasoned runners described it as a “tough course” with a number of testing inclines along the way. However, in glorious Autumnal weather conditions, Tony Fogarty set a blistering pace and was the first adult male over the line in a time of 26 minutes 58 seconds.

Madeline Loughnane was the first adult female to finish in an equally impressive time of 30 minutes. Many boys from the school itself ran in the race, in part as preparation for the upcoming Primary School Cross Country Championships in Thurles.

Sean O’ Neill was the first boy home in just over 40 minutes, great running for a 6th class pupil. He was closely followed by TJ Barron in second and Kevin Gayson Molloy in third.