All of our players can improve for replay - Paidi O’Neill 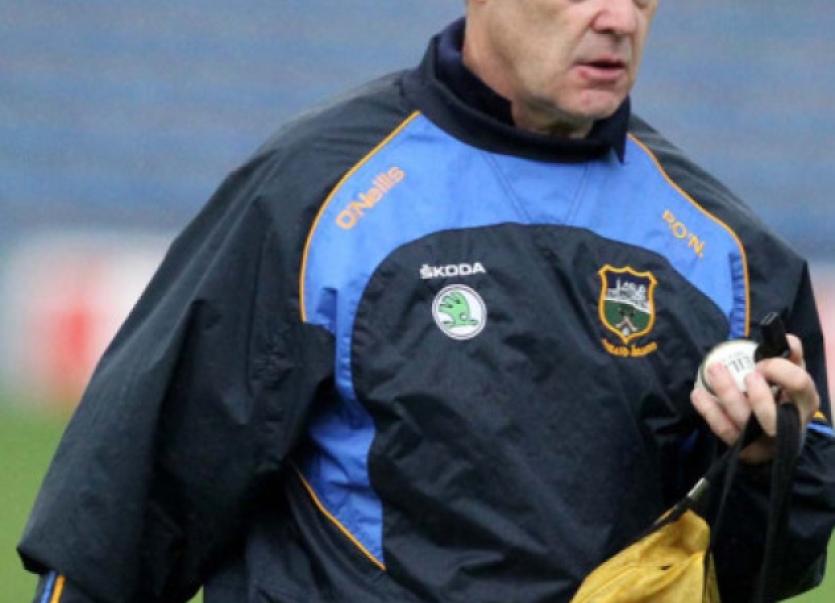 See what Tipperary Coach Paidi O’Neill has to say about Saturday’s big game.

See what Tipperary Coach Paidi O’Neill has to say about Saturday’s big game.

Tipperary Coach Paidi O’Neill has admitted that there are concerns about the number of goal chances which went abegging in the All-Ireland Final drawn game, while the number of chance which fell Kilkenny’s way have also been asterisked.

The Clonmel man who is linked to Ballyboden St Enda’s in Dublin at the present time, had an oportunity to reflect on the drawn game by the time he came speak to the media in advance of the replay. And, while admitting that he did not realise the high quality of the fare on September 7th until he had watched the game afterwards, he was also in a position to pick out a few key areas where Tipperary need to shine a spotlight.

“You don’t realise the high quality of it when you are on the sideline. But, the distingusing factor between the teams for me was that they scored three goals and we only got one. When you have three goals scored against you, it is always difficult to win. I would be concerned about those goal chances and we are focusing on that,” Paidi said when he met the media in the Anner Hotel in Thurles.

With slight injury worries ahead of the replay to Captain Brendan Maher, and Patrick Bonner Maher, Tipperary have not been at full participation rate in training. However, this is precautionary more than anything else and there are no real fears of either player missing out. Niall O’Meara was due to start college placement overseas on the Monday after the drawn game, but he returned by Wednesday to take up residency in the squad again and gave all involved a major boost by his commitment to the cause.

The whole issue of penalties has been a major one since the drawn game and Paidi pointed out that it is the players who make decisions on the field of play. He suggested that perhaps two on the line, rather than three, would make the awarding of a penalty more meaningful. It would swing the advantage back towards the attacking team and might make defenders think twice about how they tackle.

Speaking of tackling, Tipperary have been focusing on this aspect of their game having been concerned about the number of scores against them for frees. “Yeah, we have put a lot of work into this because if you concede frees from 65 metres in, you will be punished. I thought Barry Kelly did a really good job on the drawn game and gauged the game very well. The defences were given the opportunity to tackle and fowards still managed to put up big scores. We were conceding more frees, perhaps needlessly, in the past, and we have tried to address that,” he says.

As to the replay and the appointment of Brian Gavin as referee - “Brian is a very experienced official and has been around for a long time. The referee is not something that occupies our minds. We try to concentrate on our own business, but of course, we would wish Brian and his officials well on what is a big day for them also in front of 83,000 people,” Paidi said.

Can Tipperary be better in the replay? Having played so well in the drawn game, and with some Kilkenny players performing under par, the question remains who will improve the most to win the game. Paidi is definite in his answer to the question.

“There are no players in our side who stood on the field the last day, who cannot be better the next day out. None. There is room for improvement in everyone - I’m sure Kilkenny will be saying the same thing. They have some very very good players, but so do we, and we will be striving to improve again, up our performance and see where that takes us,” he said.

Paidi and his co selectors Eamon O’Shea and Michael Ryan have insisted all season long that there is much more in Tipp. We saw a massive performance from them in the drawn game and one senses that we need to see a bit more again in the replay.

They have presided over meticulous preparations and can do no more at this stage.

It’s time for Tipp to believe.