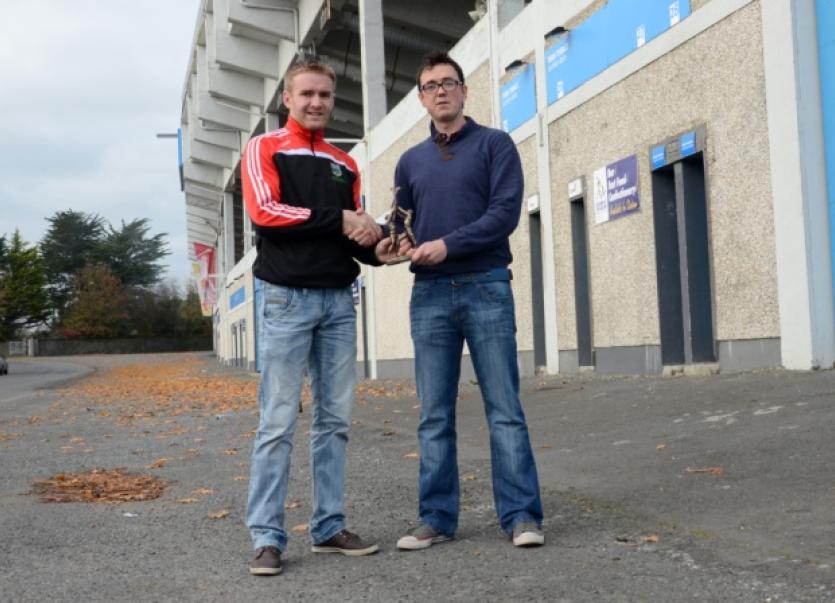 Clean Ireland Recycling club championship Player of the Month winner Noel McGrath has described 2013 as a year of amazing highs and great lows at club and county level.

Clean Ireland Recycling club championship Player of the Month winner Noel McGrath has described 2013 as a year of amazing highs and great lows at club and county level.

Speaking after he received the award for October from Clean Ireland Recycling’s Tipperary Sales Manager Bill Ryan (photographed), the Loughmore Castleiney who delivered a number of epic performances for his club in the autumn, said the season just gone has been one of greatly contrasting emotions.

“I will, of course, take more positives than negatives from 2013 because of what happened at club level. Your club means so much to you and in that sense, 2013 is almost as good as it can get for us, certainly within Tipperary.

“To win a club county senior hurling title is a great honour but to do the double is incredible, still almost hard to believe. In time we will probably look back on it as one of the greatest moments in our club’s history and to be part of something like that is a privilege.

“We still have a few ‘what ifs’ regarding the Munster club championship, certainly after Na Piarsiagh went on to win the title with quite an amount to spare. We had a ten point lead against them at one stage and although we went down to thirteen men, we definitely will have regrets about that one. Na Piarsiagh now look like they have every chance of going on to win the All-Ireland.

However, at inter-county level, 2013 will go down as the greatest disappointment of his Tipperary career so far.“Nowlan Park was always going to be difficult but we really felt going down there that we were going to do it. Things were going well in the first half, then Larry (Corbett) got injured, we missed a few scores and they then got a run on us.Looking back, you’d be more disappointed with the Limerick display. We didn’t do ourselves justice at all and they won deservedly. We just cannot afford to give a performance like that again for Tipp. It’s not good enough. It’s definitely my most disappointing year to day. Personally, I will have a few weeks off now, although I am keeping my fitness up. But I’m really looking forward to getting back into the camp and getting stuck in. When you don’t do yourself justice, individually or as a team, you have something to prove and I think we are all looking at it that way.

Congratulating McGrath on the award, Bill Ryan, Clean Ireland Recycling Tipperary Sales Manager said that the Loughmore man in October gave not just the best individual performances of the month but perhaps for many years. “The panel of journalists selecting the Player of the Month award each month were unanimous when it came to the October award. It took no time whatsoever for them to opt for Noel. Anyone who saw him in the county final, or indeed the defeat to Na Piarsaigh, can see why. As Tipperary fans we are all now looking forward to 2014 and a repeat of those performances.”