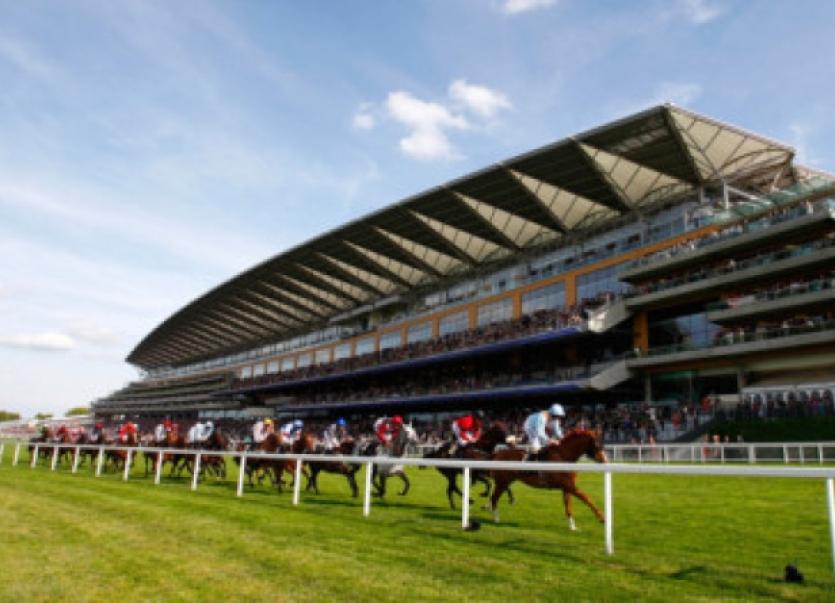 Improved Conditions As Thurles Signs Of For Season

Improved Conditions As Thurles Signs Of For Season

Thurles brought the curtain on their season on Thursday when the improved underfoot conditions saw one of two ‘Summer ‘horses make their presence felt by recording overdue victories.

Not least among these was the Dessie Hughes trainer Hunting Party which justified favouritism in the three mile maiden hurdle.

Having shaped well enough in his four previous outings over hurdles in testing ground the City Honours gelding was given a confident ride by Mark Enright, he was allowed to track the leaders before taking over at the top of the hill and stay on strongly to defeat Chief Admiral by two and a half lengths.

This was a lucky spare rider for Enright as he was deputising for Roger Loughran who took a heavy tumble when unseated from Mackeys Forge earlier in the day.

It seems like an eternity ago that Hughes was apprenticed to the late Dan Kirwan at Lower Grange near Gowran Park.

He has come a long way in the in the intervening years tasting Cheltenham success as a jockey before turning his attentions to training. Now based at Osborne Lodge on the Curragh he is still turning out the winners and was on hand to greet Our Conor after the Jeremy gelding landed the Triumph Hurdle at this years Cotswold festival.

He told me that Hunting Party is essentially a chaser in the making, the improved conditions made all the difference to him and he will attempt to add a winners contest to this victory before making the transition to the larger obstacles.

The trainer looked a shade unlucky not have completed a double as Mackeys Forge was bang in contention when blundering and unseating Roger Loughran at the second last in the two mile and five beginners chase.

Victory went to Forty Foot Tom in the hands of Adrian Heskin was left clear and he gratefully accepted the situtation to win unchallenged by twenty lengths from Playtime Ben.

Trained by Daniel Miley for his father Stephen the winner is an out and out good ground animal, his trainer reflected that the last time he had these conditions was when he landed his maiden hurdle at Gowran Park last May. The King’s Theatre gelding could next appear in a winners race before embarking on a handicap career.

Shark Hanlon who has endured a poor spell in recent months but his horses have began to fire again and he gained another success when Darenjan ran out an impressive winner of the 109-131 handicap hurdle over a two mile trip. Without a victory since his chasing debut at Killarney back in 2011 the ten year old was easy to back as punters sided with Davy Russell’s mount Uncle Tom Cobley.

The latter looked to be in control until making a hash of the third last which allowed Darenjan to assume control and from there rider Andrew McNamara kept him up to his work before landing the spoils by eight lengths from Uncle Tom Cobley.

With the best part of 40 horse under is care and all of the needing good ground Hanlon is hoping for a better summer than we had last year, he has Punchestown earmarked for Darenjan where a chase will be the target.

Racing opened with an exciting finish to the two mile and two beginners chase when Lord Ben just got the better of the favourite Toner D’Oudairies after the pair had the race to themselves in the straight. Rider Andrew Lynch elected to make every post a winning one aboard but Davy Russell on Toner D’Oudairies threw down a challenge from early in the straight, however, Lynch was able to extract more from his mount when it mattered to score by half a length.

Trainer Peter Fahey has predicted a bright future for Nathans Pride after the five year old ran out a convincing winner of the bumper. The dogs in the streets were shouting the name of the Definite Article gelding and it was not surprising to see him start a warm favourite on what was his racecourse debut. Given a patient ride by the trainers nephew Mark Nathans Pride took closer order after turning for hoe , he was momentarily short of room a couple of furlongs out but once he saw daylight he quickened up like a really good horse to lead inside the final furlong and win going away by a length from Stoney. Owned and bred by the Peter’s brother Brendan the winner is well connected, he was reported as being for sale and if he is half as good as the trainer was boasting the he will win plenty of races.

The Champ[ion Bumper at Punchestown is the likely target after which we will have a better idea of his ability.

Foildubh gained an overdue success for his Templemore owner/trainer John Ryan with a comprenshive success in the Grade2 Norman’s grove Chase at Fairyhouse on Tuesday. A most consistent performer at this level Foildubh had run up against the cream of our two milers throughout the season, he was always travelling sweetly for Paul Carberry before jumping the last in front and running on well to defeat the odds on favourite Days Hotel by a length and threeparts. The Grade Two Mile Champion Chase at Punchestown is the plan and if the horse gets good ground he will put it up to the best of them.