Woody is itching to get back to Croker 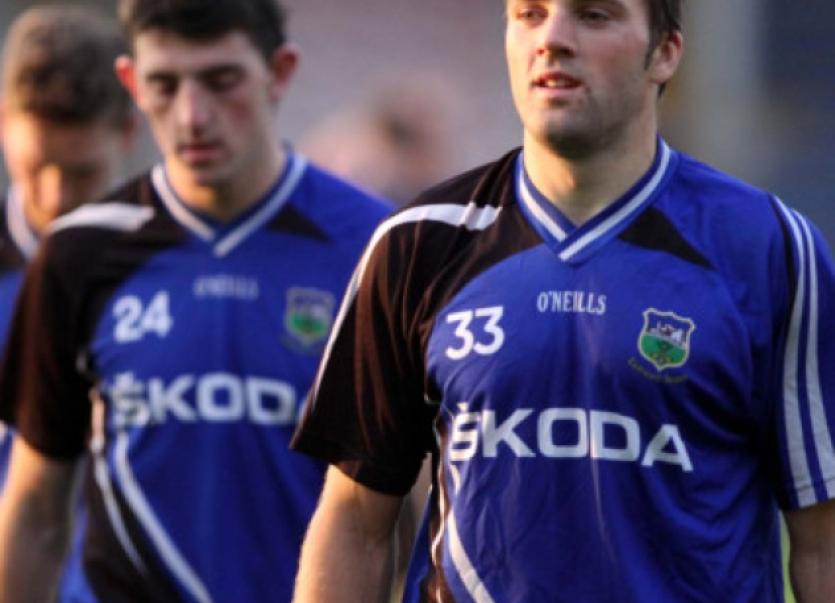 See what Tipperary midfielder James Woodlock has to say about Sunday’s clash with Cork.

See what Tipperary midfielder James Woodlock has to say about Sunday’s clash with Cork.

The dynamic midfielder who has added real drive to the Tipperary engineroom this season is set to start his first game in Croke Park since the 2009 All-Ireland Final against Kilkenny. And, since that day, James has seen more heartbreak and pain than most people witness in a lifetime.

Not only did he suffer the disappointment of losing the All-Ireland Final on that fateful September afternoon, but a few weeks later in the County senior hurling final against Thurles Sarsfields, a bad fall in Semple Stadium resulted in him breaking his tibia and fibula so badly that a permanent rod is in place from knee to ankle, accompanied by two screws to keep his leg in place.

Players on the field that day turned away in shock having witnessed what happened and James was told in no uncertain terms by his medics that his hurling days were over. The news was hard to take, but he didn’t listen. Within a few weeks he had friends driving him to the local pool for aqua running and he embarked upon a weights programme which saw him pile on a stone and half of sheer upper body muscle. But, it was his lower body which gave cause for concern.

“I watched years of building up muscle in the legs disappear in three days after the leg break and then there were other problems with the left leg because of putting too much weight on that,” he says.

But, James never believed the medics that his hurling days were over and single minded determination, with the sole focus of again wearing the blue and gold jersey, drove him on. He rose at 6:00am to begin his rehab each morning and though reluctant to talk about the lengths he went to to get right, you get the feeling that his airing of the facts has a cleansing effect.

Woodlock speaks as he hurls - no fancy stuff; straight from the hip; full of energy and enthusiasm. And, while his participation at the coalface this season is a real tribute to his family members and friends who made enormous efforts to facilitate his recovery and rehab against all the odds, he never had a doubt but that he would return.

“Never. No. I was determined to get back no matter what it took and I am just there now and delighted to be playing a part again,” he says rather modestly.

James missed the Limerick game due to illness and his absence was felt severely. The Treaty County bossed proceedings and one wonders how the battle might have unfolded had Limerick been subjected to the kind of hard graft that he brings to the game.

“I don’t mind doing the grafting at all for the team and if I can get the ball to the forwards who will do the damage and get the scores, then I am very happy with that. My job is to break down as much ball as I can at midfield and Eamon has given us free reign to do what we think is necessary. He has given us that responsibility and freedom,” James says.

Of course Cork have been very dominant at midfield this year with the pairing of Aidan Walsh and Daniel Kearney proving particularly potent. James points out that the perfect pairing compliment each other greatly with Walsh very strong in the air and Kearney very good at running with the ball.

“We’ll have to see how we manage those two lads and work out a strategy for them. Every game is different now and you have to have a big engine on you to get around the pitch. That’s not just for midfield now- it is for every position on the pitch,” he says.

While the side was criticised heavily following the defeat to Limerick with the off-field antics causing as much furore as the result itself, James points out that the players have gone to extraordinary lengths to get themselves right, physically and mentally, for the battle. They have set goals for themselves and are achieving those goals having kicked on from the victory over Galway - a game which saw him return to the fold alongside Ronan Maher. However, he still feels that the team is operating at only about 70% and is hopeful that if full throttle can be achieved, Tipperary will be very difficult to beat.

The experience of 2009 has been filed away by James Woodlock, who also came on as a sub in the infamous 2012 All-Ireland series clash with Kilkenny in Croke Park. He is back now ready to start a game at Headquarters for the first time in five season, and is relishing the prospect. And, he will cast an eye in the direction of Cork star Paudie O’Sullivan who is also just returning from the a horrible leg break - Woodlock and O’Sullivan have spoken to each other about their respective recovery processes and have shared their experiences.

When the ball in thrown in on Sunday at the start of the game by referee James Owens between James Woodlock and either Aidan Walsh or Daniel Kearney, there will be a huge swell of support from Drom-Inch, Mid Tipperary, and Tipperary at large for ‘Woody’. His hurling rehabilitation will be complete.