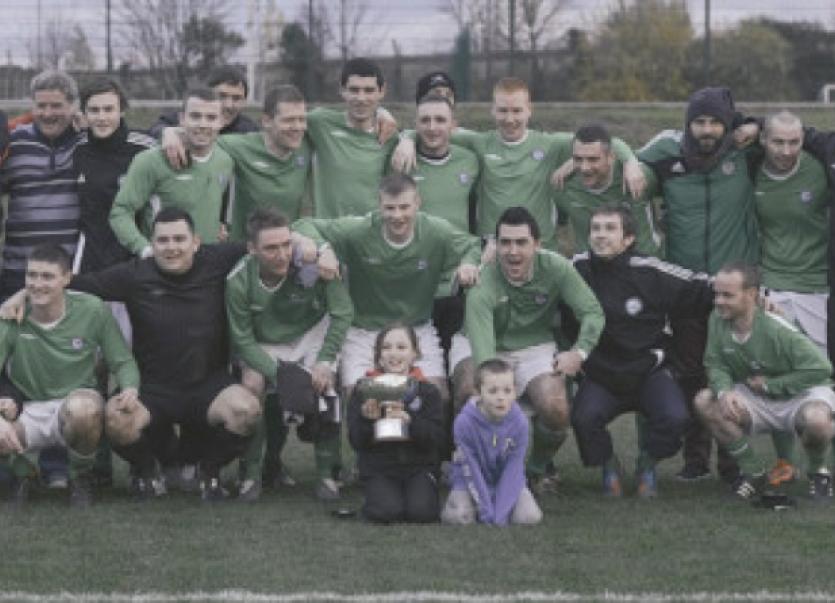 Played in front of a large and vocal crowd on the Bypass, what was always going to be a tough task was made even harder very early on. Striker Aaron Moroney was red carded after only eight minutes following an off the ball incident, and Avenue looked like they would take advantage of having an extra man for most of the game.

The dismissal rocked Celtic and they seemed to lose their way as Avenue took advantage to control the opening period of the game. They almost made that count on 11 minutes, when Scott Hennesy got in behind Danny Madigan but his finish failed to trouble Celtic keeper Brian Sweeney.

After recovering from their early set back Celtic slowly worked their way into the game and on the quarter hour Darren Burns found space in the box but he blasted over. Without ever being at their best Celtic grew stronger as the first half progressed. With just ten men Celtic had a tough battle on their hands and the disadvantage was evident ten minutes before the break when Evan Maguire did well to get in a low cross into the danger area. A breathless first half finished goaless.

The home team started the second half brightly but had a let off ten minutes in when Mark Roche had an effort ruled out for offside. As the second half developed the hardworking Clonmel team were showing signs of tiring as Avenue came more into the game and began to pose questions of their defence. Nevertheless quarter of an hour before time, the excellent Craig Condon won the ball in midfield before finding Paul Kennedy and he finished clinically. Avenue then drove forward in search of a late equaliser and the Clare side were rewarded just seven minutes from time when Alan Roche scored.

Deflated by the late equaliser Celtic regrouped and began extra time on the offensive and five minutes in they regained the lead. The Avenue keeper produced a fine save from Paul Kennedyâ€™s diving header from a Johnny Cagney cross but Kevin Waters was on hand to fire in the rebound. Kevin Waters and Johnny Cagney came close late on but there was no further scoring. There was relief and joy at the final whistle that saw Celtic crowned Munster League Champions Cup. The excellent Craig Condon accepted the trophy claimed for the first time by a Tipperary side.