Tipp lord it over Longford - next up Laois 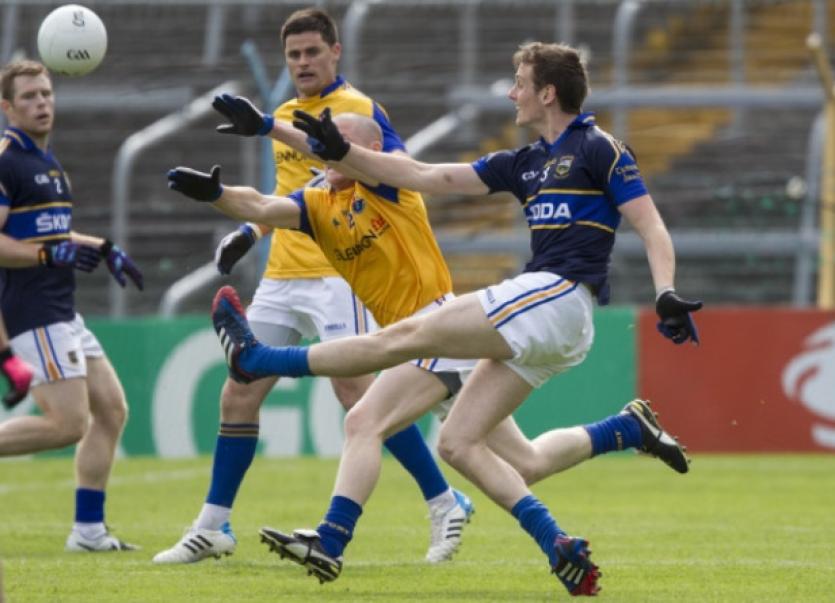 Concerns about whether Tipp footballers could recover from the recent crushing defeat to Cork were well and truly buried on Saturday last at Semple Stadium.

Concerns about whether Tipp footballers could recover from the recent crushing defeat to Cork were well and truly buried on Saturday last at Semple Stadium.

And so too were the championship ambitions for 2014 of Longford who suffered somewhat of a mini-backlash and a 17 points mauling from â€¨Peter Creedonâ€™s side.

No one would have predicted such a huge margin at the end of what was expected to be a close affair, but Tipperary gained supremacy right from the start and once in front never looked like anything but convincing winners.

The home side arrived in Thurles in the right frame of mind to put the huge disappointment of the Munster semi-final loss behind them. Evidently they came with their homework done also. The team was tweaked to introduce John Coghlan to the half-back line and start Peter Acheson at centre-forward, and the moves paid handsome dividends from the outset.

Longford set up in much the same way as they did against Derry, employing a blanket-type defence. Tipp therefore needed to be patient to break them down, sometimes recycling many times before openings presented themselves. But ultimately their patience and composure reaped rewards.

Tipperaryâ€™s well-organised horses-for-courses style worked perfectly on the day and Jack Sheedyâ€™s side, surprise victors over Derry in the previous round, were never really at the races on Saturday.

A good start is half the work they say, and Tippâ€™s opening on Saturday was perfect producing a goal within 90 seconds. A short passing move through the centre involving George Hannigan and Philip Austin threaded the ball to Michael Quinlivan who finished brilliantly to the Killinan-end net.

Unfortunately MQâ€™s significant score was to be his only contribution of note to the game. A few minutes later when going for a ball in the corner he was injured and his game was over. It was a huge loss for Tipp at such an early stage but Brian Mulvihill introduced in his place would do well. Conor Sweeney kicked over the resultant free from the acute angle..

Longfordâ€™s opening score came 13 minutes in when Michael Quinn scored but the Tipperary rearguard were funnelling back to great effect and Longford were in turn being forced to kick from outfield. In the process they ran up seven first half wides.

A 16th minute free by Sweeney after Hannigan was fouled was followed by a superb point by Barry Grogan to leave Tipp five to the good half-way through the opening period.

The presence of Peter Acheson leading the attack was having a positive effect with the Moyle Rovers man a link in a lot of his sideâ€™s moves. Tipp strung together such a move in the 23rd minute with Brian Fox and Robbie Kiely putting Acheson through but his goal attempt went narrowly wide to Longfordâ€™s relief.

Sweeney and Grogan kicked alternate frees for Tipperary before Colm P. Smyth had a great chance of a goal for Longford but blazed wide. It was looking like it might be Tipperaryâ€™s day even at this early stage.

An unusual score followed. Typical of the type of play Tipp were engaging in on the day saw a movement involving Brian Mulvihill and centre-back Robbie Kiely put full-back Paddy Codd through for the captain to fist over a point.

The Premier County finished the half with two excellent points from Acheson in the 33rd and 38th minute. The former when he was at the end of an ever-so-patient build-up to pull the trigger from 25 metres out. The latter when a crossfield ball by George Hannigan found Colin Oâ€™Riordan, just up after a heavy blow, and he in turn put Acheson through to point.

For Longford, in a very disappointing first half, all they could add to their 13th minute point were two frees from Sean McCormack and Brian Kavanagh, before Paul Barden kicked a superb long range point just before half-time. Over the 70 minutes they would score just three from play with the inside forward line accounting for none of those.

The second half was to be even more lobsided than the first with Tipp outscoring the visitors by 1-9 to just 0-2.

Two frees inside five minutes from Barry Grogan following fouls to Acheson and Mulvihill kept the Tipp scoreboard ticking over.

The game was effectively put to bed in the 45th minute. Conor Sweeney gained possession but was almost marooned out at the corner flag and held up there by two Longford defenders. Three times he worked the ball before delivering a pinpoint accurate pass to the edge of the square where Acheson arrived to punch the final nail into Longfordâ€™s coffin with Tippâ€™s second goal.

Strangely though, on either side of Achesonâ€™s goal, Longford did have the ball in the Tipp net - twice! The first was disallowed for handpassing to the goal, the second when the referee ruled it out for over-carrying. Nonetheless they had found openings in Tippâ€™s rearguard and while not wishing to rain on any party, on another day Tipp may not be so fortunate.

Tipp tacked on another point in the 54th minute from Mulvihill - whose workrate was admirable after his early introduction for Quinlivan.

Top scorer Conor Sweeney then kicked the next five points for the hosts, two from frees, three from play, including a fisted effort and the last of the five with his right foot. All in all the Ballyporeen man can be well pleased with his 0-8 tally.

Tippâ€™s final score came from Colman Kennedy in the 70th minute. The debutant substitute had earlier linked up for one of Sweeneyâ€™s points before taking his own chance at the death. Fellow u-21 player Sean Flynn of Clogheen also came on as a debutant sub.

For Longford Enda Williams from play and a Brian Kavanagh free were all they added in a sorry second half.

For Tipp the complete backline was excellent with Ger Mulhair and Robbie Kiely tremendous, the impressive Steven Oâ€™Brien fielded well in midfield ably assisted by George Hannigan while Acheson and Sweeney were the pick of the forward line.