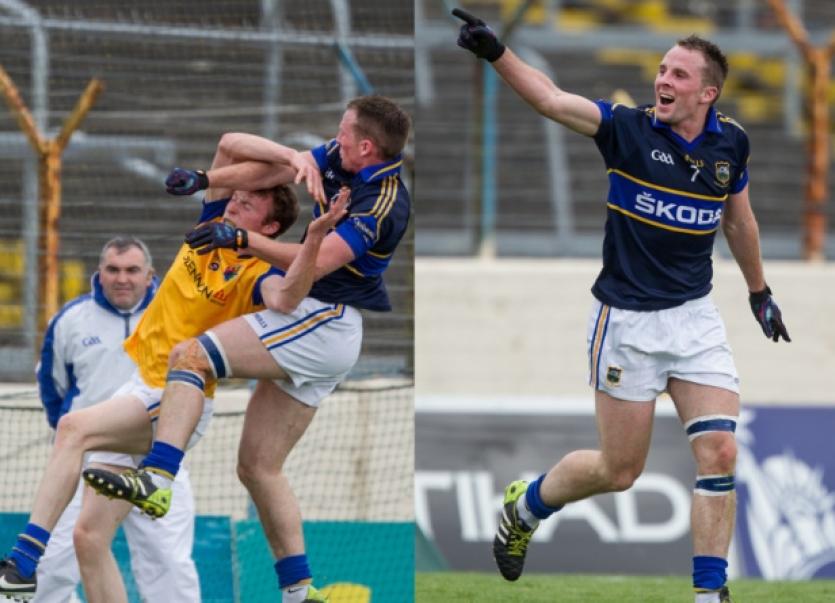 The post-match reaction from Tipperary, both players and management, was one of satisfaction with a job well done and a realisation of more to do.

The post-match reaction from Tipperary, both players and management, was one of satisfaction with a job well done and a realisation of more to do.

Star centre-forward Peter Acheson and manager Peter Creedon were somewhat surprised at the size of the winning margin having expected a much stiffer challenge from Jack Sheedyâ€™s Longford.

Tipperary had made one personnel change and one positional change for Saturdayâ€™s game. John Coghlan of Moyne/Templetuohy was introduced at wing-back for his first championship game of the season which allowed Peter Acheson to switch to centre-forward. It was a move that worked very well on the day.

The Moyle Rovers player put in another inspiring performance contributing 1-2 of Tippâ€™s overall total of 2-17. While his second half goal was the final nail in the Longford coffin when putting Tipp 2-10 to 0-4 clear, perhaps it was his two exquisite points just before half-time that stood out even more.

Asked for a reaction to the win after the game, Peter Acheson responded.

â€œItâ€™s a great win for us today. We were in a good position going in here after the Cork match. We didnâ€™t deserve this match as we should have beaten Cork out the gate by three or four points. We didnâ€™t want to come out here and lose this game because the Cork game would have meant nothing then. We are happy enough with ourselves and we are looking forward to next Saturday now.â€

When asked about the style of play adopted by Tipperary against Longford, the former Munster under 21 Footballer of the Year, said...

â€œPeter (Creedon) has a new philosophy of man-on-man with maybe one or two sweepers and everyone drives forward. The two corner backs are getting forward, even our full-back scored today for the first time ever. Fitzy (goalkeeper Paul Fitzgerald) could go up and get forward if he wanted to. Thatâ€™s the philosophy Peter and Mickey (McGeehan, coach) have and want - everyone to drive forward. It is good to watch.

â€œThe idea of the philosophy is to get forward as quickly as you can but if the first ball isnâ€™t on you have to remain patient. Someone has to break the line then get two or three beside them and break the line. It has a lot to do with fitness and itâ€™s a lot of hard running, ferocious running out there. Mickey has thought us lots and we are looking forward to next Saturday.â€

Asked about his late switch from wing-back to centre-forward for the game?

â€œIt was said to me on Tuesday that I would be playing centre-forward. I suppose they want me to get forward more, myself and Barry (Grogan) up there to take them on in the half-forward line. John Coghlan was going well in training and thatâ€™s another reason.â€

And on his superb fisted second half goal, Peter quipped..

â€œSweeney (Conor) gave me a good ball in. Itâ€™s about time he returned a favour.â€

It was put to him that â€œthe way you feel now you donâ€™t care who you get in the draw?

â€œI wouldnâ€™t say that now but at the same time we are going to play our own game no matter who we get. It doesnâ€™t matter. We know it will be tough but we will be up for it.â€

Finally when asked about the now distant Cork defeat and how down they must have felt after that effort.

â€œI had an awful few days. We were getting pats on the back from people in town but we didnâ€™t want that. We wanted a good performance and a win. We knew going in to the game we could beat them. We were disgusted but weâ€™ll be ready for them next year. Hopefully this year weâ€™ll get as far as we can. Get to Croker and youâ€™d never know what could happen after that. Weâ€™ll play the same brand of football wherever we go,â€ he concluded.

Manager Peter Creedon was naturally delighted if somewhat surprised with the ease of victory in the end.

â€œWe thought weâ€™d have a real tight battle but that is not the way it panned out. They were very good against Derry who were the second best team in Division 1. I thought our lads had a rocky patch in the middle and we showed a bit of composure and started spraying the balls around the wings. We kicked a few good scores against their blanket defence. We thought theyâ€™d come at us a bit harder than that but it didnâ€™t manifest itself. We ran out comfortable winners in the end.â€

On the switch of Peter Acheson to centre-forward?

â€œSometimes you have to change up your team. John Coghlan has been playing well in training all year and we wanted John to mark their centre-forward (Francis McGee) because he was going deep and John did it to perfection. Next week might call for something different but it worked today and it mightnâ€™t work next week,â€ he added.

Regarding the improved scoring rate from the inside forward line, Peter said...

â€œI was happy because at times there was 13 players behind the ball in their area and we had to probe. Itâ€™s a surprising result because genuinely we thought it could be a point or two either way going to the wire but it was a comfortable win in the end. Credit to our players who played with their heads up. We are a decent outfit and we are making progress and weâ€™ll see what happens next week.â€

And on the importance of playing in Thurles?

â€œWe canâ€™t underestimate the home draw. To get up this morning, come in and have your meal in the Anner where you always have it, go up and have our team meeting in what we call the shed. It makes a huge difference. If we get a home draw next week it will be a massive bonus.â€

The manager concluded by saying â€œToday was our first home draw in nearly two years and nice for the players to be cheered off the field at the end. Nice also to back up the performance from Cork, so people wonâ€™t be saying it was just a flash in the pan.â€