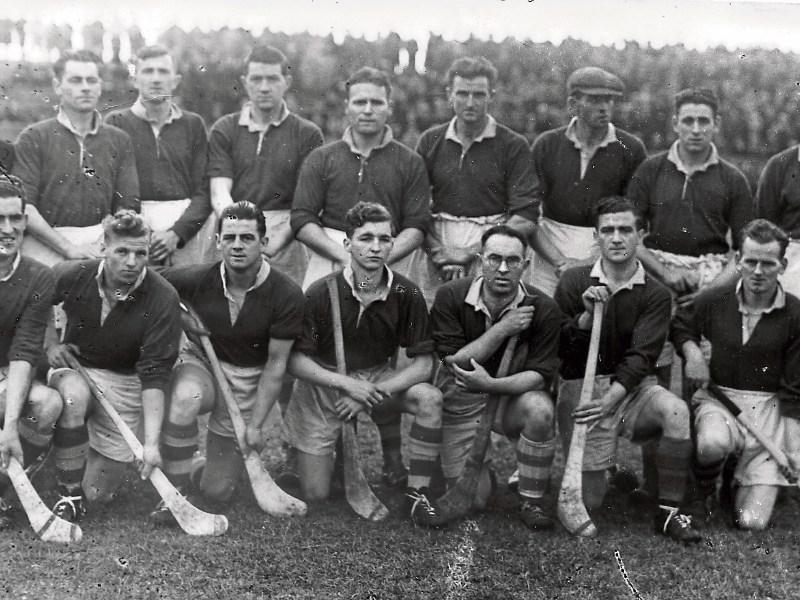 Stakelum in the fold

Tipperary Manager Michael Ryan probably got it just about right when he said after Sunday's opening season challenge game against Offaly in Templemore that he was looking for attitude and application rather than silken skills.

You have to start someplace and Sunday was probably as good as place as any to get the season underway, altough it's doubtful that any player will have ruled himself in, or out, of contention for a place in the championship squad on the strength of the Offaly gig.

Still, it was heartening to see so many new guys making their debut in the blue and gold jersey - whether or not they can go on to have careers at inter county level remains to be seen. We also saw the return to the fold of a few guys who have already been in the mix in the past - no harm in trying them out again to establish if time and experience has improved their game.

Speaking of experience - news of Conor Stakelum's addition to the management team is very welcome indeed. The Borris-Ileigh man has made a name for himself as a very passionate, honest and forthright mentor with Durlas Og and his native club. He will certainly have a lot to contribute to Tipperary and will help to rebalance the sideline with his attacking acumen making up for three defenders on the line.

Tipps panel of forty was paired to 25 for Sunday's game and twenty three of those saw game time - Cathal Barrett picked up an ankle injury in training the previous day and was not togged out, neither was Kieran Bergin. Of the established first fifteen, only Padraic Maher, Conor O'Brien, Patrick Maher and Darren Gleeson started the game - only the Sars' man finished the tie, but into the mix came the likes of regulars Jason Forde, Michael Cahill and John O'Dwyer.

So, who impressed? Well, Conor Kenny shot 0-4 from play from his full forward berth, but whether he could cause concern to Seamus Callanan for that position would be doubtful -perhaps he could be deployed elsewhere though.

Adrian Ryan bagged 1-2 but a role further outfield than the left corner would probably suit him more. Daire Quinn impressed when introduced. The Nenagh Eire Og man came on at midfield after the break and was industrious for the whole of the second half, while keeper Darragh Mooney also looked smart when he replaced Darren Gleeson at the break too - he made two fine stops in the half to keep a clean sheet.

The pitch held up remarkably well and despite the heavy conditions Tipp still managed to bag 2-17, while conceding 1-15 - full forward James Mulrooney getting the vast bulk of the Faithful's tally. Tipp had nine on the scoresheet against seven for Offaly - six of Tipp's scorers were of the one flag variety, while five of Offaly's men raised just one flag in the game which was played in a brisk fashion, but lacking in real intensity. There will be plenty of time for intensity in the spring and beyond.

Tipp's next outing will be on Sunday afternoon next in the unique clash with a Thurles CBS All-Star selection in The Ragg (Holycross has been deemed unplayable thanks to the inclement weather) as part of the bicentennial celebrations of the school. It will be interesting to see Tipp men line out alongside Kilkenny lads in the CBS colours once more with the great Pat Henderson and Fr Tom Fogarty and Martin Quirke taking the reins for this game.

The school has rightly been referred to a "hurling nursery" and in recent times it has returned to being a powerhouse in the province with the famed Harty Cup having resided in the school on two occasions in the recent past, as well as the All-Ireland Colleges Croke Cup .

Tipperary's footballers will tackle the Kingdom on Sunday in Tipperary town in an early season reminder of the levels which must be reached in order to make progress - mind you, Kerry did lose to Clare last week in the McGrath Cup, the same opponents at whose feet Liam Kearns men fell. Again, The Premier men will be very depleted with Clonmel Commercials players unavailable and a few long term injuries ensuring that newcomers will get their chance once more. The new Manager was pleased with the performance of his charges in Clare despite the defeat and he will be looking for more of the same on Sunday ahead of the commencement of the Allianz National Football League.

The outing will give vital game time to players trying to adjust to inter county football at this level - who better to adjust against you might say? Tipp will be looking for a strong showing with plenty of energy and a willingness to take on the mighty Kerry lads. Victory would be far more telling for Tipp than it would be for Fitzmaurices men.

Victory for Sarsfields and Nenagh in the divisional U-21 A hurling finals will see the sides pitted against each other in the county semi-finals. Unfortunately, there is still no west champion and the south are at least three weekends away from having a cup presented. The Board is digging its heels in though and is insisting that the semi's go ahead next weekend. That means a nomination from the south - Carrick Swans are already in the final and could get the nod - and probably the west as well, unless they agree to replay midweek. If things were to progress without nominations, it could be February before a final would materialise - how ridiculuous a situation would that be. It would be a fourteen month season!!

Thurles Sarsfields honour ninety seven year old Mick Murphy on Saturday afternoon next with a Hall of Fame Award - he was a member of the 1945 county final winning side before moving off to play with Faughs in Dublin, where he also declared for his native Clare. A very stylish and resolute defender in his day, by all accounts, he is perhaps the oldest living All-Ireland senior hurling medalist in the country.

Many of Sarsfields and Tipperary's greats will be in attendance in Arus na Sairsealaigh to recollect and recall those great days. It is fitting that the club should fete their former great - no relation of the famed Murphy clan of captain Michael Murphy (1964) fame.

Uachtarán CLG Aógan O Feargháil has launched a major new training programme for GAA Club Officers, the Club Leadership Development Programme (CLDP) which Tipperary will be part of. The CLDP will give the principal officers in each club – Chairperson, Secretary, Treasurer & PRO – an opportunity to attend a series of workshops to acquire the key knowledge and skills to fulfil their roles in a confident and competent manner.

The programme is a direct response to the challenges of recruiting and training of officers which Ard-Stiúrthóir, Páraic Duffy noted in his Annual Report for 2015. At that time he felt that it was imperative to have a major programme of officer training.

They will be working closely with the Provincial Councils and County Committees in the coming months to deliver the first phase of the programme.

Trying to cajole people into taking up officer positions in clubs remains a huge challenge at each and every Convention in the county. So, at least when they are in place, they should be properly trained, up-to-date with modern practice, and benefit from interaction with each other.