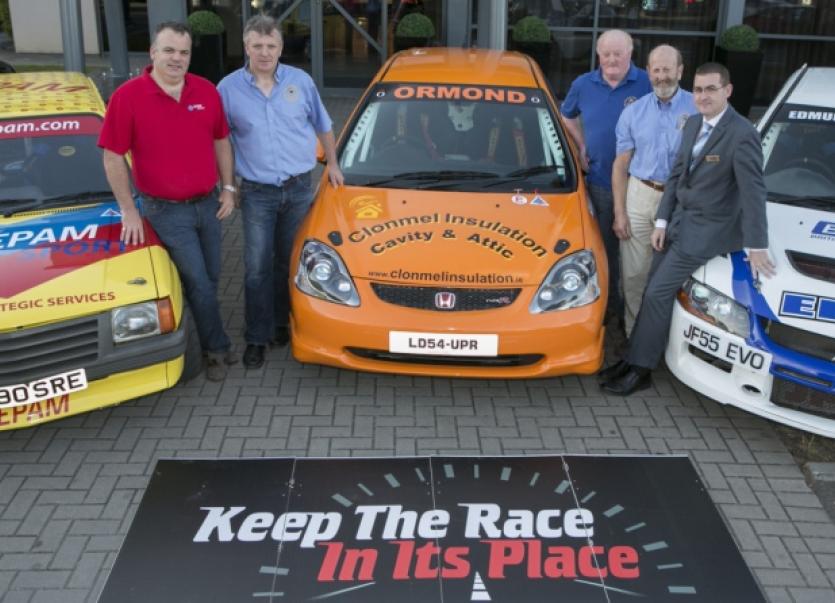 THE Sepam Tipperary Stonethrowers Rally takes on national as well as local significance this weekend as the event, round six of the Dunlop National Rally Championship, could determine the outcome of the national series.

THE Sepam Tipperary Stonethrowers Rally takes on national as well as local significance this weekend as the event, round six of the Dunlop National Rally Championship, could determine the outcome of the national series.

Donegal’s Declan Boyle in his S12B Subaru WRC can clinch the Vard Memorial Trophy on Sunday evening - provided he takes maximum points in the nine stage encounter that is based at the Clonmel Park Hotel.

The rally is the premier event within the Tipperary Light Car and Motorcycle Club with John Ward as the Clerk of the Course ably assisted by an energetic team. Aside from its sporting context, the rally will also generate vital income for the local economy with competitors, service crews and spectators travelling from all four provinces.

Within the county, there is a friendly rivalry between the drivers and co-drivers as they battle for success within the various classes. Clonmel’s Roy White in his MG S2000 was the top local driver last year and no doubt, he will be aiming for a repeat performance. The former Irish Tarmac Group N champion will be in ebullient mood following his victory in the recent Imokilly Rally, his first ever outright rally win.

The Dunlop National Rally Championship began in Abbeyleix last February where Declan Boyle attained the first of his four outright victories in the current campaign, he also netted wins in Cavan, Waterford and most recently, Sligo - driving the car that won the Dunlop series in 2011 in the hands of Meath’s Tim McNulty. Last year’s winner in Clonmel, Cork’s Brian O’Mahony (S11 Subaru WRC) went on to win the Dunlop series in the final round in Donegal. Sunday’s rally in Clonmel is the first of three such opportunities for Boyle to land the trophy in the most popular series in Irish rallying. His closest and indeed his only title rival is Monaghan’s Niall Maguire in an S11 Subaru WRC, he has yet to win a round of the present campaign. Interestingly, the last time a crew won the national series in Clonmel was in 1993 when Ian Greer and Dean Beckett (Toyota Celica) were crowned champions outside Hearn’s Hotel.

Aside from this championship chasing duo, the top end of the entry also features, Cork’s Daragh O’Riordan in his Ford Fiesta WRC, he led the Rally of the Lakes in Killarney last May but crashed out on the second leg.

Welsh driver James Belton in a Subaru, currently lies third overall in the Dunlop series and having missed the last round in Sligo, he will have aspirations on closing the four point deficit to Maguire.

Meanwhile, Roy White failed to finish the last round and will be intent on improving his current standing. It will be a similar aim for Wexford’s James Stafford in his nimble Darrian T90.

Former Billy Coleman award winner, Monaghan’s Sam Moffett, who won his home event in a Subaru WRC, reverts to a Group N Mitsubishi while his younger brother, Josh, in a similar car, will be intent on cementing his strong lead in the Motorsport Safety Group N category.

Maynooth’s Kevin Barrett will have his first national outing in his recently acquired S14 Subaru WRC. Limerick’s Colm Murphy, an ex-Irish Tarmac Group N champion, should be close to the leading pack, particularly if the weather is inclement.