‘The spirit among the players has never been better’- Quinlivan 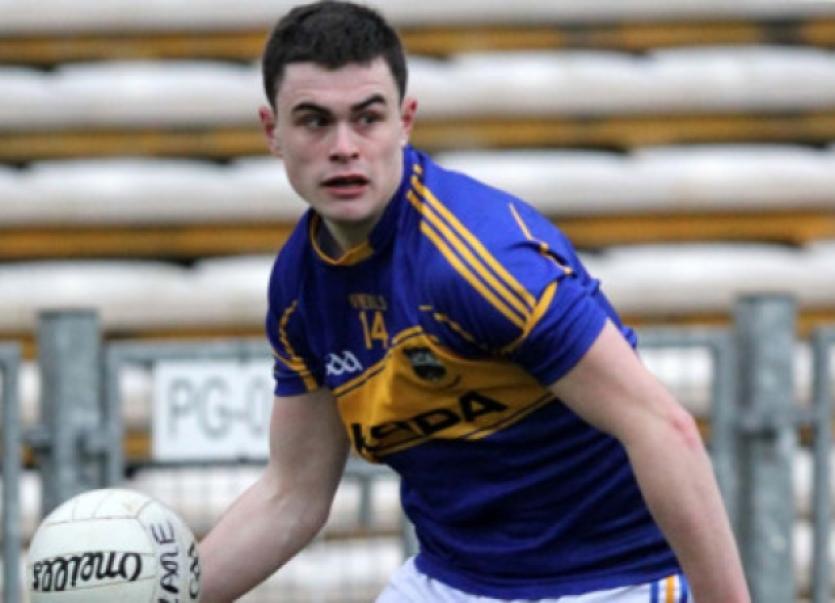 An elusive place in the last eight of the All-Ireland Senior Football Championship is the target for Tipp footballers this Saturday in Tullamore.

An elusive place in the last eight of the All-Ireland Senior Football Championship is the target for Tipp footballers this Saturday in Tullamore.

Since the ‘Back Door’ system was introduced to football in 2001 Tipp have never managed to make it to the quarter-finals, but there is genuine hope that at O’Connor Park on Saturday next, that overdue statistic might finally be erased from the record books.

Standing in the way of the historic breakthrough will be Galway who lost the Connacht final to Mayo in Castlebar last Sunday week.

Next Saturday’s game will be repeat of last year’s qualifier between Tipperary and Galway which the Tribesmen won in Salthill on a 1-12 to 0-11 scoreline. Strangely Tipp and Galway hadn’t met in football championship fare for 110 years up to last year, and then, like the proverbial bus, two meetings come along one after the other.

However there are few similarities to draw on from 12 months ago. At that juncture Galway were coming off a 17 points annihilation to Mayo and were in a very bad place mentally. This year the margin of defeat was just seven points and it could have been a whole lot closer, with Galway spurning a world of scoring opportunities. The personnel is much changed also with just a half a dozen or so of the class of 2013 remaining, as team manager Alan Mulholland builds his squad around the All-Ireland under 21 winning teams of 2011 and 2013.

I caught up with Clonmel Commercials and Tipperary forward Michael Quinlivan to get his views of the upcoming game and started by asking him about the spirit this year in the Tipperary camp.

“The spirit among the players has never been better. There is a different atmosphere about the place this year. There’s a good attitude towards training. We’ve never had any issues this year. As well as that there is good craic about the place and you need a bit of banter too,” added the qualified primary school teacher who has just added a Masters in Business Information Systems from UCC to his impressive CV.

Michael is fully confident in the rising graph line of Tipperary senior football after the excellent league campaign and some good championship results this summer.

“We definitely feel we are making progress. We set ourselves sights at the start of the year - winning Division 4, winning a first round Munster championship game (a first in 11 years) and seeing what might happen from there. As it turned out we should have beaten Cork, no qualms about that. We felt that we were always better than any team we came up against in the qualifiers. We have that sort of belief at this stage,” added Michael who is now in his third year with the Tipperary senior panel.

Tipperary are somewhat of a scoring machine this year running up some impressive tallies in the league, 2-14 against Limerick in the Gaelic Ground, 2-17 against Longford in Thurles, 3-17 against Laois in Portlaoise.

“There’s been a lot put into us this year in the forward line. Mickey McGeehan (coach) has been absolutely brilliant since he came in but it also stems from our backline too,” added MQ, who is always generous in spreading the credit.

He continued: “Our backline has been absolutely brilliant all year. Plus we are committing three and four men - as many as we can - forward so we are overloading the opposition’s defence. As you saw against Laois in the first half they didn’t know what runners to track. As well as that Conor is absolutely flying it this year and Barry is back to his best. I think this year we definitely have six scoring forwards. We got 3-17 against Laois, 3-15 from play. Colin (O’Riordan) was the only one outside of the six forwards to score,” added Michael.

I put it to him that every win seems to be giving the team a lift and further confidence boost?

“We’ve been asked different questions in different matches this year. Limerick was a tough game. For us to get 2-14 down in the Gaelic Grounds was great and we played superbly at times. We always knew Limerick were going to be dogged. It’s a tough place to go and they don’t push over easily. Against Cork, well we learned a lot from that game. I think you saw it last weekend” (referring to the late spirited no-surrender finish from Tipperary).

“There was no fear of losing against Laois. We always felt good enough to win. We felt that if we could take the ball forward we’d score. We made a few unecessary mistakes at the start of the second half, which sometimes can creep in when you are 10 points up at half-time and then that started to fester a small bit and we started to tighten. Suddenly we had 13 men behind the ball and we lost our shape a small bit. But it’s the sign of a good team to recover from that. But I think we probably answered all questions because Laois are a very good side.”

Reflecting back to last year’s game with Galway - which Michael missed while he was working in Boston. There will probably be six players to start in Tullamore who didn’t feature last year - Ger Mulhair, Colin O’Riordan, Robbie Kiely, Barry Grogan, Philip Austin and Michael Quinlivan himself - and Steven O’Brien only made his senior debut that day just weeks after completing his Leaving Cert.

“Last year we had a few injuries, and a few away as well. But last year was a big year for some of the lads that broke in. Steven (O’Brien) broke in last year and Ian (Fahey) came through too. A lot of the players that have stepped up this year got their chance last year. I think we are definitely a stronger team this year but Galway are a stronger team as well. They are backboned by their All-Ireland under 21 winning team of 2013 (and they won it in 2011 also). They have six or seven players that are fantastic, the likes of Fiontán O Curraoin, Tom Flynn, Shane Walsh. We have no illusions about what we are coming up against. Galway are probably better than Laois and definitely have more to offer going forward. If they open it up as a scoring contest it could end up a cricket score on either side because they are just as capable as us going forward,” added the 21 year-old who earlier this year picked up a Sigerson Cup medal with UCC .

“In the Connacht final against Mayo their inside backline wasn’t great. Cillian O’Connor did a lot of damage. But there was a lot of quality ball going in from the Mayo midfield and the Mayo half back line and half forward line. It is what it is. Galway are such an attacking side that they are bound to be a small bit short in the backs anyway. It’s a case of getting the ball in there, getting quality ball into the forwards and let the forwards take it from there.”

“Galway are after stepping it up this year. They will be in a much better place this year than last after the Mayo game. This year they are starting to come good again. It could have been a different game had they taken their chances and we could be playing Mayo next week, it was that tight. It definitely wasn’t a seven point game. But that’s a good thing. Knowing how close they came to a team that played in an All-Ireland final last year. We’ll get a good indication of where we are now by playing Galway,” he added.

Finally I asked Michael how did he see Saturday’s game panning out?

“If you look at the Mayo game they (Mayo) probably dominated the middle of the field for long periods. It was a platform for them. I certainly feel Steven (O’Brien) and George (Hannigan) are good enough to do that and if we win enough ball I think we definitely have the firepower upfront to put it away. But it’s obviously going to be very tough. A lot depends on how Galway pick themselves up after the Connacht final defeat. It takes a small bit to come back from that. If you look at Cork who have had four weeks to regroup, Galway only have two. So if we can put further doubts into their minds in the first 10-15 minutes, like we have been starting very quickly in most of our games. If we can start quickly again that would go a long way towards a victory,” said Michael.

And a top scorer in Conor Sweeney inside?

“Conor is flying it. He has really been working hard. Conor hasn’t missed a session all year. He seems to be benefitting a lot more from the way we are playing, free-flowing attacking football. And his finishing has been absolutely superb as well. It’s great to know that there’s someone inside that if you can get the ball to that the ball is going over the bar,” concluded Michael.