County stars back as Killenaule and Mullinahone renew keen rivalry 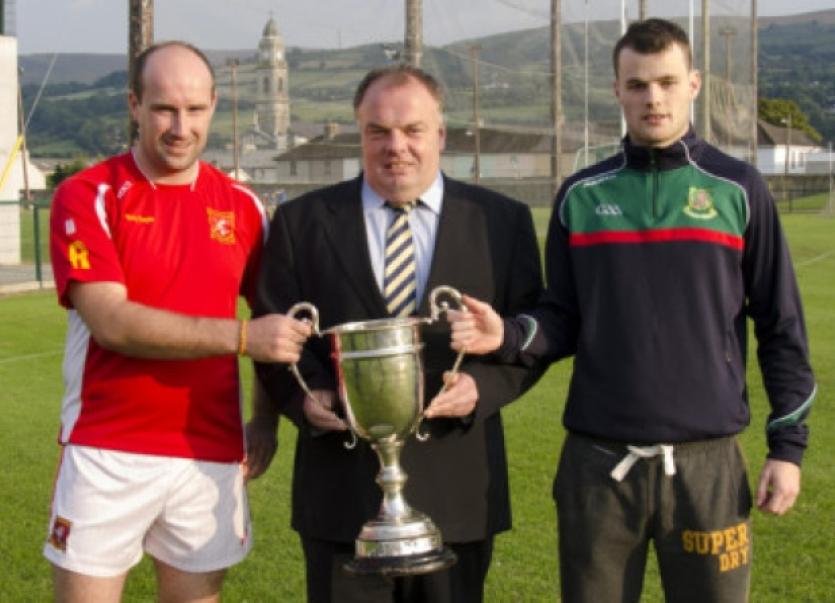 The new county league system was always going to have an impact as to how teams prepared for their divisional championships this year but a three week delay in the staging of the South final was never accounted for.

The new county league system was always going to have an impact as to how teams prepared for their divisional championships this year but a three week delay in the staging of the South final was never accounted for.

Both teams playing in Sunday’s decider at Clonmel Sportsfield at 3pm went about their business in a different manner because of the league. Killenaule peaking to be really competitive in the league so that they did not have to rely on the south championship to ensure progress to the knockout stages of the county championship, and Mullinahone who did not put a lot of store into that league format, planning to peak for the south championship instead.

As it happened the plans of both teams were thrown into some disarray by the drawn All-Ireland final as they waited for the Mullinahone and Killenaule contingent to fulfil their duty to the county first.

Those involved in county duty - John Bubbles O’Dwyer, Kieran Bergin, Eoin Kelly and Paul Curran will welcome the earliest opportunity to return to action following the All-Ireland disappointment and their involvement on Sunday should generate a great deal of interest in this clash of two fierce south rivals.

Adjusting to the new senior hurling system introduced this year will determine how successful Killenaule can be this year.

There was a feeling last year in Killenaule that they were very close to Loughmore-Castleiney in the county knockout stages and probably left a golden opportunity behind them.

There is a belief within the club that they can perform against teams outside the division but all focus for now is on Sunday and the clash with “the brand leaders” in the South, Mullinahone.

Killenaule set themselves up this year with the aim of giving everything in the new group county hurling league and were very happy with how that went.

They defeated Kiladangan in their opening game and qualified for the knockout county championship stages by finishing second in the group on score difference of two points over Upperchurch.

Having qualified took the pressure off when it came to the south championship but they have pursued another south title with great vigour.

However the quiet period between the new county league games and the start of the south championship did not suit them and they are now trying to recapture the form they had earlier in the year during the group stages.

“We have had nothing in June and July which is very disappointing and then we had to play the same team twice in the south championship, that was farcical,” said Killenaule manager TJ Maher.

Maher, who led Killenaule to their 18th south title in his first year in charge last year, said the club really yielded enormous benefit from competing against clubs outside the division in the new group stages.

“That group gave us a run of games outside the division and when you play teams from outside your own division that is a huge help to us. Mullinahone have been the brand leader in the south, they have enjoyed more success than any south team in the county championship and for us to progress at county level we have to play against teams outside the division,”

He believes the group stage concept was good for Killenaule but that some tweaks had to be introduced to avoid clubs waiting around for months in the period when the group games are over and the divisional championships start.

The manager believes they peaked for those new group games and rose to the challenge of playing teams outside the division but the interim period has come at a cost and they have struggled to find that form again.

“After losing out to Loughmore last year by so little we decided that to do ourselves justice we had to work much harder earlier in the year and we did that and it worked out. Since then we have focussed on the south. We are under no illusions that we will have to play our best game of the year if we are to get over Mullinahone,”

“We know on Sunday we have to be at our very best. We have to find the form we had earlier in the year for sure if we are going to retain the title,” he said.

TJ, and his managerial team of Sean O’Regan and Fr.Jimmy O Donnell, have guided the players to successive south finals and they like everybody involved want to put back to back south titles together.

“Playing the same team twice is not the best preparation for a south final. We came through it and we now have given ourselves a chance to retain the title,”

He said having the two county players, who were mainstays of the Tipp team, in the dressing room was a huge boost to everybody on the panel.

“I have never seen as much bunting and flags in the village. Having the two lads involved makes everybody so proud of their contribution to Tipperary. They have acquitted themselves so well all year and it lifts everybody in the club.

“They are leaders on and off the field and that is what you want. Everybody has put in a huge amount of work, invested a massive amount of time and energy and made sacrifices and that is because we are all part of a team and everybody bought into that at the start of the year,”

The management team have been encouraged by the progress made by some young players this year who have come in and brought great enthusiasm to combine with the more experienced players.

Wing back Jimmy Feehan and Eoin O’Connell have both nailed down places and became important members of the team. Declan Faning, troubled by injury all year had a massive influence against Ballingarry when he came in and scored a vital goal .

”Declan is a leader and a big influence for us on an off the field,” said TJ.

One of four brothers on the Mullinahone team, twenty two year old Sean Curran will lead Mullinahone into the South final this weekend.

The youngest of the Curran brothers has been handed the honour of captaining the team and he is determined to repay the faith bestowed in him.

“It is an honour to be asked to lead this team and I will give it everything” he said.

He believes Mullinahone realised too late in the year how important the new county league was in terms of progressing to the county championship and it put a lot of pressure on them to get to the south final.

They defeated Ballingarry in the group but went down to Ballina and that was a huge blow to morale.

“It was terribly disappointing to lose against Ballina, that was a big disappointment and we knew then that we had to get to a south final if we wanted to be in the county championship this year” said Sean.

Sean said that at least with the league having not gone so well for them they knew they had to perform in the south championship and that focussed everybody involved.

Looking back he feels that the league came a bit too soon for them and that not a lot of people knew what it was about or how important it would become.

“It was different for everybody but it did not go so well for us. It was good to be playing teams from the other divisions but we will learn from that “ he said.

Sean said they then had to focus on the south because the club needed to be playing in the county quarter finals in Semple Stadium.

They encountered Ballingarry again in the south championship before going on to defeat Carrick Swans in a tight game.

“It was a tough game, we pulled away a litte in the end but it was tough but everybody was delighted to get to a south final”.

Sean, who has won three south medals, secured against Killenaule, Swan and Davins, is going for his fourth and Mullihahone’s first since 2012.

Sean said that because the division was so small and there were so few teams in it they looked at every club as being a rival to look out for.

“There is no one team that you could pick out as your main rivals in the south, the rivalry is among all the clubs. We all want to beat one another. We don’t want to be beaten by anybody in the south” said Sean who praised the management team of Sean Fox, Willie Coogan, Ky Vaughan and Mike Scott.

“It’s great to be back in the final again because every year that is where you want to be.” said Sean who is a post graduate student doing primary school teaching in Mary Immaculate in Limerick.