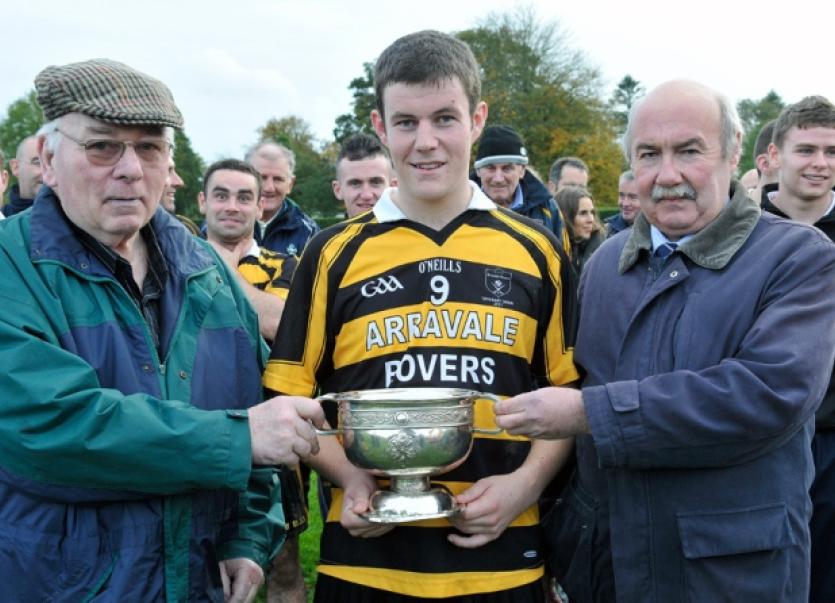 Arravale Rovers made no mistake in capturing the Ballinalard Transport Ltd West SFC title when they defeated Galtee Rovers at Lattin on  Sunday afternoon.

Arravale Rovers made no mistake in capturing the Ballinalard Transport Ltd West SFC title when they defeated Galtee Rovers at Lattin on  Sunday afternoon.

It was the club’s eleventh title since the divisional championship commenced in 1940 and only their second in a twenty-year period.

It completes a clean sweep of divisional football titles, minor, under-21 and senior, for the first time since 1972 asa well as the county senior football league.

Arravale had the opening score with a Timmy Dalton point from a free but Galtees had the better of the opening exchanges and scored three fine points from play during the first eleven minutes to lead by 0-3 to 0-1 at the end of the first quarter.

In the 21st minute James Hogan was fouled for an Arravale penalty sent to the net by Timmy Dalton.

They scored three points as well while all Galtee could manage after their opening salvo was one point to leave the half-time score 1-4 to 0-4 in favour of Arravale.

Arravale increased their lead and confirmed their dominance after the interval. Micheal O’Dwyer had two points and in the 12th minute a long delivery into the Galtee goal was finished to the net by James Hogan. Michael O’Connell and Tony Egan responded for Galtee to leave the score at 2-6 to 0-6 entering the final quarter.

Red cards for Colin Morrissey and Shane Egan reduced them to thirteen players and ruined any chance of a revival.