Loughmore will regroup in bid for historic double 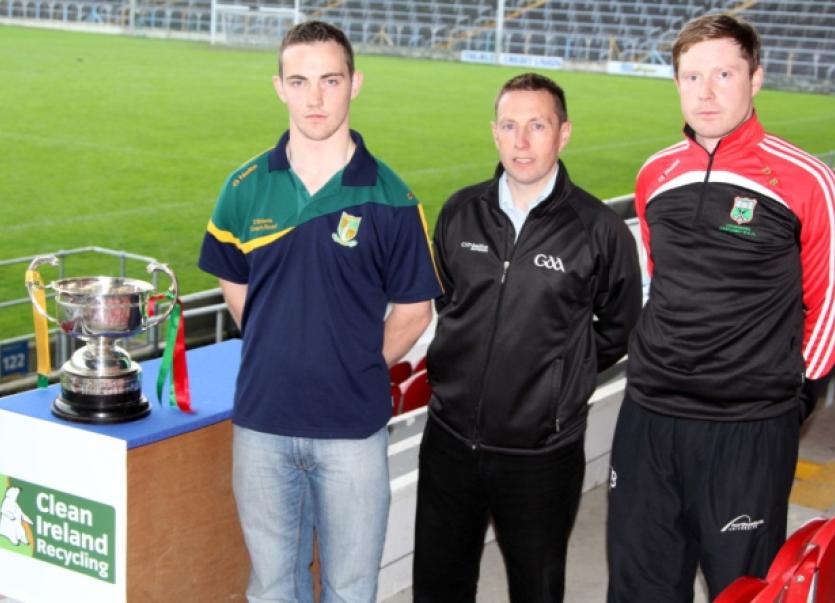 Never before in the history of Tipperary GAA has a club won both the county senior football and hurling titles in the same season.

Loughmore have gone close twice before, in 1983 and 1987, and they have a wonderful chance of pulling off the elusive double after shocking last year’s winners Clonmel Commercials in the semi-finals.

And for one man, next weekend can’t come quickly enough after Derek Bourke was sent off in the fourth minute against the Limerick men.

Bourke, who appeared for the last eight minutes against Commercials, is captain of the footballers and when others might have fudged or ducked the issue last Sunday, the 29-year-old defender was refreshingly honest when admitting that he has some making up to do.

Bourke said: “Personally I feel I let the team down. This is just a way for me to prove myself next weekend and give something back.

“I couldn’t have been more proud of the way the lads fought back after going a man down so early.

“I can see that spirit continuing on to next Sunday and we’ll pick it up again.”

And Bourke admitted that if Loughmore could lift more silverware, it would represent a “huge achievement” for a club last crowned football kingpins in 2004.

Loughmore have won the county SFC on eleven previous occasions, with opponents Aherlow Gaels seeking a third crown, and first since 2010, when they defeated next Sunday’s opponents.

Bourke said: “It would be a huge achievement, it would be massive. It is something to aim for.

“I know teams in the past, when they won the hurling in ’88, they had lost the football prior to that.

“To do the two in the same year would be massive.

“Some players would get the key to the city – I think we’d have the key for the parish!

“And it definitely is the best tonic to pick ourselves up after today.

“Because we felt like we could and should have won against Na Piarsaigh, only for a few stupid things happened that cost us.

“Without it, I honestly couldn’t see myself sleeping tonight after it. At least I have something to aim for.”

eddie connolly is a huge inspiration

Behind the scenes, Eddie Connolly is providing huge inspiration to Loughmore-Castleiney, as he embarks on his own personal journey.

Connolly, captain of the Tipp team that won the 2012 All-Ireland intermediate hurling title, underwent surgery recently to remove a brain tumour but he requires further treatment.

And Bourke revealed: “Eddie was the first man to put his hand around me after the game and said, chin up, let’s go again.

“His belief is that the hurling is something to aim for next year, to redeem ourselves in the Munster championship.

“We’ll have to start at Mid level again and onto the county championship. “He was the first man to put his arm around me and say, head up, let’s go again, next year is the year. Maybe even for lads thinking of retiring, that’s out the door now because we have something to aim for.

“Eddie is an inspiration – he’s so brave, he’s taking this in his stride. He knows what he has to do and he’s doing it.

“At every training session, he’s there, keeping us going. Before the last football game (Commercials), he was the one in the middle of the circle dishing out the advice.

“This was a week after winning the hurling, where maybe lads’ heads were elsewhere.

MANAGER BELIEVES HIS SIDE DESERVE THE DOUBLE

With just 13 players for the vast majority of the second half, Loughmore ran Na Piarsaigh desperately close and Laffan said: “We’ll just knuckle down and get on with it because what’s what we’ll do. We’ll move on, we can’t turn back the clock. It’s gone. It’s devastating but it’s gone. We have an opportunity to create a bit of history next weekend and we’ll give it everything again.”

He added: “The one thing I’d say to that is, they’d fully deserve it. If anyone deserves to pull it off, they do now.

“It would be huge – we’ve come close twice before. In 1983 and ’87 we lost the hurling and won the football. It’s the first time we’ve gone into the football having the hurling won. Hopefully it’s a good omen.”