Rockwell/Rosgreen win West U-21 ‘B’ 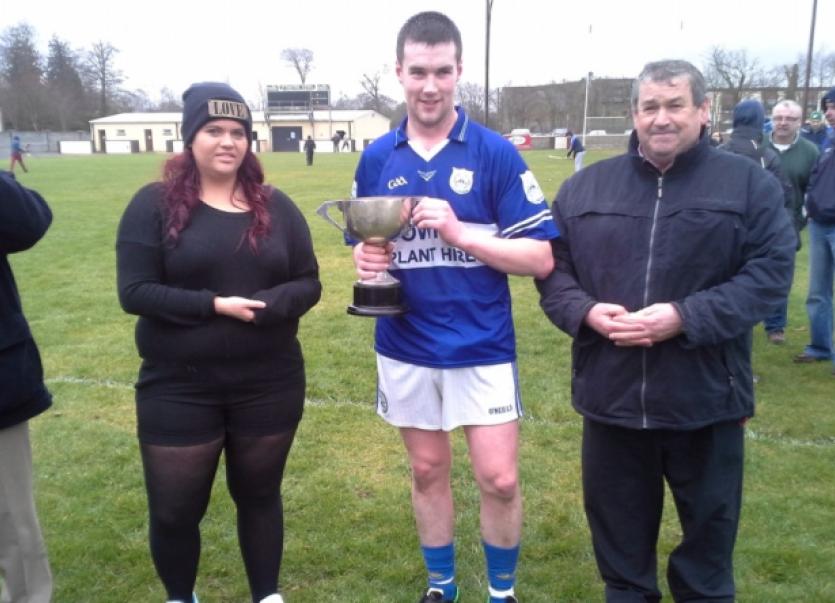 The Rockwell/Rosegreen combination won the first of the West Division silverware on offer for 2014 when they defeated another combination, Cappawhite/Sean Treacy’s, in the McGrath Oil sponsored under 21B football final at Dundrum on St. Patrick’s Day, winning 1-9 to 0-5.

The Rockwell/Rosegreen combination won the first of the West Division silverware on offer for 2014 when they defeated another combination, Cappawhite/Sean Treacy’s, in the McGrath Oil sponsored under 21B football final at Dundrum on St. Patrick’s Day, winning 1-9 to 0-5.

This was a game that Rockwell /Rosegreen got into from the outset and had two points on the scoreboard, from the boot of the always dangerous TJ Ryan, by the ten minute mark.

Ryan was a thorn in the Cappa/Treacy’s defence throughout this game with his jinking runs towards goal which caused all sorts of problems to the opposition.

Cappa/Treacy’s, who were slow to start, tried hard but were guilty of over carrying in attack and trying to walk the ball into the goal area when a kick for a point seemed to be a better option.

Their inability in this regard was to be their ultimate downfall.

Rockwell/Rosegreen, on the other hand, were very economical and used their possession well and had fine points from captain Killian Ryan and Jack Tobin.

Tobin then in the 18th minute latched on to a long ball into the goalmouth to outjump the keeper James Deegan and finish to the back of the net for the game’s only goal.

Cappa/Treacy’s came more into the game after this and had two points from Gary O’Brien and Joe Ryan (P) to trail at the break by 1-4 to 0-2.

Indeed had they taken their chances the score line would have been much closer.

The second half started in similar fashion and Rockwell/Rosegreen added three more points from Aidan Barron, Killian Ryan and substitute Tony Kerwick to extend their lead to eight points after seven minutes.

Cappa/Treacy’s came right back into the game for the next fifteen minutes and were rewarded with three points from Davy Stapleton, Sean Ryan and Gary O’Brien.

This was a close as they came and Rockwell/Rosegreen had the luxury of having a penalty well saved by James Deegan before closing out the game with points from Mickey Wilson and Killian Ryan.

Rockwell/Rosegreen now go forward to the county semi final where they will play the North champions.