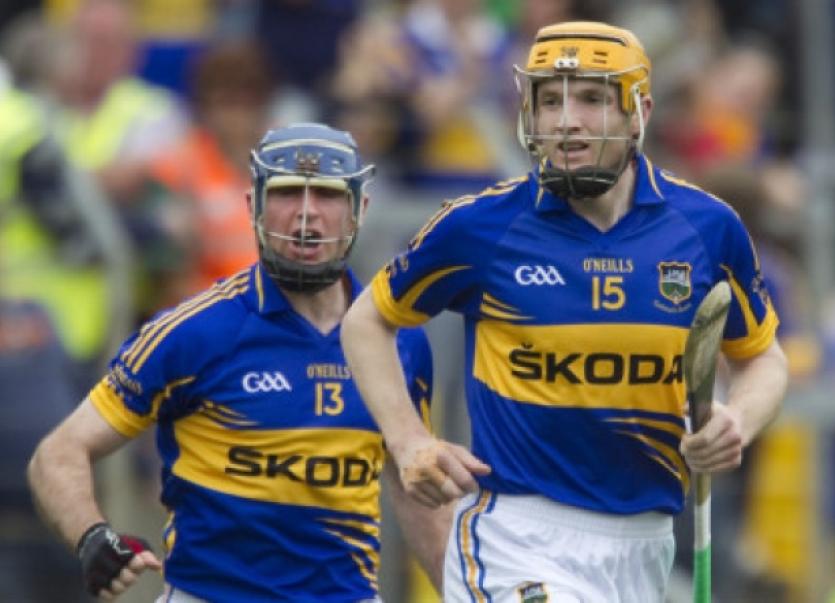 In the scheme of things it’s difficult to overstate the importance of Sunday’s championship opener for Tipperary.

In the scheme of things it’s difficult to overstate the importance of Sunday’s championship opener for Tipperary.

Victory reaps a rich dividend including a ticket to the Munster final and, at worst, an All Ireland quarter-final.

Defeat launches you into the minefield that is the qualifiers and we hardly need reminding of where that can lead.

No pressure then, just a must-win game on which our entire season hinges.

If the bookies are to be believed then Limerick has no business turning up at Semple Stadium on Sunday. Tipperary is listed at prohibitive odds of 2/7 whereas you can back the Shannonsiders at 3/1. Mind you there were similar figures being touted for the Cork/Waterford game and look how that panned out.

I suppose those perceptions are based mainly on this year’s league. Whereas Tipperary recovered in time to almost beat Kilkenny in the final, Limerick remained mired yet again in Division 1B. Carelessness against Offaly particularly cost them dearly and then you had the fall-out which eventually led to the departure of Donal O’Grady. Their tame exit to Galway in the league quarter-final was another factor that has contributed to the downbeat assessment of their prospects.

And yet one has a sense that this latest upheaval in Limerick hurling hasn’t had the destabilising effect of previous episodes. Significantly the players remained silent during the O’Grady saga and there is a strong suggestion now that they’re quite happy with the change. Dave Clarke has been brought in as coach and it’s safe to conclude that the entire episode will have no negative impact on next Sunday’s performance.

Besides we hardly need reminding of our difficult record against Limerick in the past. Their victory last year was the outcome which effectively scuppered our season and let’s not forget that we needed a slice of luck in 2012 to edge past them at Semple Stadium, ‘Buggy’ O’Meara’s goal a crucial item in turning the second half tide.

We may have won five of our last ten championship clashes with Limerick but a closer look at the statistics reveals just how marginal many of those results were. For example three of our last ten clashes ended in stalemate, including that epic three-game saga of 2007, at the end of which we came off second best. If you exclude the 2009 oddity, when Limerick under Justin McCarthy were demolished in an All Ireland semi-final, the average margin in the other nine games was just two points.

And so expect another ferocious battle on Sunday. The word from Limerick seems to be that injuries have cleared up and they face this game with a fuller hand than was available during the league. Players like Seamus Hickey, Kevin Downes and Declan Hannon are all available and likely to cause us some bother.

Tipperary too go in with a clean bill of health and with the possibility that we may field the same fifteen for a third game on the trot. That indeed would be unusual for Eamon O’Shea whose selections in the past have been unpredictable. Going with the same format for a third game would certainly represent a degree of stability which we haven’t been used to.

This time there seems to be only two possibilities of change from the side which went out against Kilkenny in the league final. Paddy Stapleton is fit again and challenging for a place in the defence. That might put either Cathal Barrett or James Barry under pressure though on the evidence of the league final either would be unlucky to lose out.

The other discussion point regarding team selection centres on Denis Maher in attack who is being pushed hard by Gearoid Ryan. Otherwise the line out looks predictable.

Inevitably of course championship games are a twenty-man affair nowadays so the replacements you spring from the bench can have a critical bearing on the outcome. In that regard Lar Corbett is likely to appear in attack at some stage and Conor Kenny has been making an impact in training and recent challenge games. There’s mention that Jason Forde is making some progress too and Shane Bourke is another attacking option during the game. Outfield Shane McGrath is a likely reinforcement if bodies tire at midfield or half back.

Interestingly, and encouragingly, Ronan Maher is progressing impressively with the team, even to the point where some see him as pushing for a starting slot. That’s unlikely to happen though it will be no surprise if he makes his championship debut during the contest. One of the most exciting aspects of the present team is the fact that newcomers like Barrett and Barry, Niall O’Meara and now Ronan Maher are all making an impact, which is precisely the type of reinforcement the team needs.

On the Limerick side it’s expected that the first fifteen will be quite similar to last year especially at the defensive end where the first seven will probably be the same. Paul Browne looks set to continue at midfield where he could be partnered by Tomas Ryan or the returning Seamus Hickey or even Donal O’Grady who was there twelve months ago, though the latter is also an option for half forward.

In attack you’d expect that the charge will be led by players like Shane Dowling, Kevin Downes, Declan Hannon, Graham Mulcahy, James Ryan, David Breen, Sean Tobin, Conor Allis and company in whatever formation. Again they’ll probably be anxious to hold something in reserve for the final quarter, which is the critical period in most championship games.

While Limerick seems likely to field a team very similar to twelve months ago Tipperary will probably have about half a dozen changes and, apart from the departure of Cummins from goal, most of the alterations will strengthen the side. This is especially true in attack where ‘Bonner’ is in much better form this time, ‘Bubbles’ is more experienced and Niall O’Meara has brought a new dimension. If Callanan and Noel McGrath can hit the right notes then there’s surely the potential to work a winning total here. On that basis and with Brendan Maher bringing more cohesion to defence and midfield playing steady there’s grounds for optimism.

But always I’m conscious of Limerick’s potential to rise to the Tipperary challenge. They like facing the blue and gold and if you give them encouragement they certainly have the potential to punish us.

There’s a growing perception out there that Tipperary have many fine hurlers but as a team they’re very brittle. Eamonn Sweeney in the Sunday Indo sees them as a team with a knack of losing when the stakes are highest. Ger Loughnane thinks they’re soft, a view echoed by Donal Og Cusack. There’s only one place to challenge such views and it starts next Sunday afternoon. Over to you lads.

Already the championship has challenged expectations with Waterford’s brave and perhaps luckless effort against Cork. The rebels were for the taking here and the Deise will probably rue not finishing the job. However the replay goes, one aspect will long linger in the mind: it’s the sight of young Austin Gleeson dancing through the Cork defence for that remarkable goal. If he plays for twenty years for Waterford he’ll find it hard to match that score. Magic.