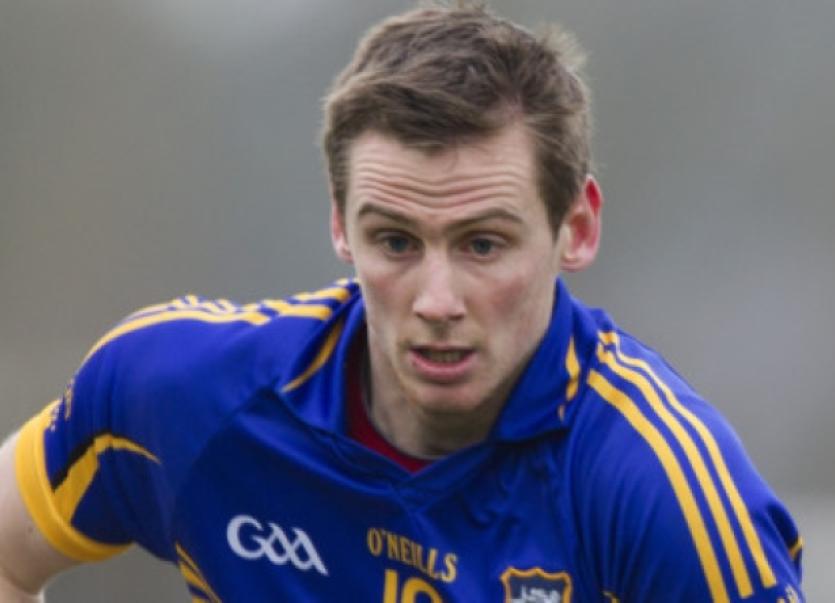 TIPPERARY senior football manager Peter Creedon is targeting an “achievable” victory against Limerick in next Saturday’s Munster SFC quarter-final at the Gaelic Grounds (7.0).

TIPPERARY senior football manager Peter Creedon is targeting an “achievable” victory against Limerick in next Saturday’s Munster SFC quarter-final at the Gaelic Grounds (7.0).

The Premier County travel to Limerick searching for a first victory in a provincial senior championship tie since 2003, when Waterford were defeated by 0-18 to 1-12.

Since then, it’s been a Munster tale of woe for Tipp, who crashed out in each of the last four seasons to Kerry.

Next Saturday’s opponents won in 2009 and 2008 and the Shannonsiders were also victorious when the counties met in the 2004 championship.

A win is long overdue for Tipp and if it is achieved, as Creedon believes possible, the Premier County would meet heavyweights Cork in the last four.

Creedon said: “At this stage, we’re just trying to make sure we beat Limerick in Limerick and get a win there and maybe move on and see how we stand against a Division 1 team like Cork.

“We see Limerick as an achievable win for us but at the same the last two times we have met, Limerick have won comprehensively enough.”

But Tipp are buoyant ahead of the trip to the Gaelic Grounds, having gained promotion from Division 4 of the Allianz League and the silverware on offer following victory over Clare at Croke Park.

And Creedon agreed: “Promotion was great and actually as the game went on in Croke Park, winning it became more and more important.

“To win a cup provides confidence and momentum.

“The players worked hard last year, didn’t get the breaks at times but they have kept that work ethic going this year.

“The good thing about the squad is that they have become very resilient and can take the few knocks and get back on the cart again.

“We could have completely folded last year with some of the losses we took but we didn’t and that’s a great sign of the players and their character.”

And Creedon believes that if Tipp continue the current rate of progression, a realistic crack at the Munster championship can happen.

He explained: “This year our players are a year older, a year wiser.

“Mickey McGeehan (former Limerick coach) has come on board, an excellent coach, and he has complimented the work done already by Michael O’Loughlin and Tommy Twomey.

“Our fitness levels have improved also.

“We got a few breaks along the way as well, last year sometimes we didn’t get those breaks.

“To get out of Division 4 with a game in hand was great and to win in Croke Park was a bonus.

“But we would see Division 2 as being very much attainable for us.

“If we can get there with the players we have, then we can have a strike at Munster. That would be the goal.”

But Creedon conceded that Limerick, now under the management of John Brudair following Maurice Horan’s spell in charge, will present formidable opposition.

And he predicted: “Championship will be a big step up.

“The smell of championship alone will raise the level of the standard and the hits.

“We are looking forward to the challenge and the lads have done extremely well in the last couple of years in the championship.

“We were unlucky against Galway last year, we had a very good run the year before, winning three games on the bounce.

“It’s fine margins at our level, a ball bouncing one way or another can be the difference between winning and losing.”

And Creedon is anticipating an open game of football as the general Gaelic Football landscape has been transformed with the introduction of the black card to combat cynical fouling.

The Cork native reflected: “The advantage rule has definitely helped.

“The black card for off the ball running has certainly helped our style of play.

“I suspect championship is going to revert back to being more defensive, more hard tackling and that players will play a little more on the edge and take a chance.”

But Creedon accepts that Tipp will have to cut their cloth according to the calibre of opposition that presents itself.

There appears to be a more attacking emphasis to the team’s play this year but the manager explained: “My expectation is that if we are playing a Cork, Kerry or Dublin, we would be foolish to think that we can go out and play open expansive football against the likes of those teams. You have to play what is in front of you and be smart about it.”