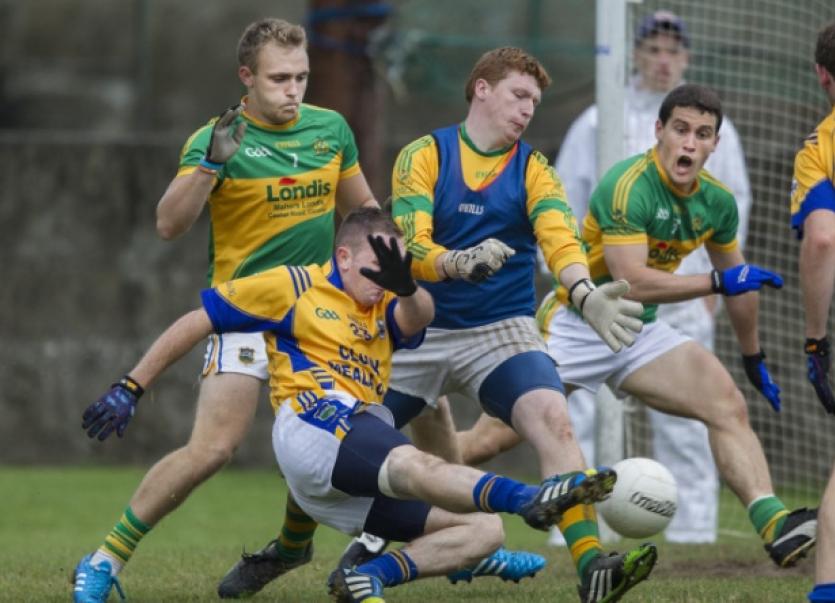 And but for a few flashes of good football here and there, the contest proved to be a rather dull affair, especially after half-time when Commercials took almost complete control to run out easy winners long before the final whistle.

Evidently though on the night the lay-off from competitive action hadn’t served either side well and both will benefit from this game. It was the strength and experience of the 2012 county champions that came to the fore in the second half which was very much one-way traffic after the sides had went in level at half-time.

Commercials started in a blaze of glory. The Kennedy brothers, Jack at centre-forward and Colman at full-forward combined for the first point after just 22 seconds with Colman scoring.

A minute later the act was repeated with this year’s county minor Jack feeding a low pass through to Colman who blasted past Keith Madigan for the opening goal.

It was a disastrous start for Clonmel Og but they steadied themselves quickly to weather what looked like an imminent storm. The likes of Shane Kearney, Michael Condon, Darragh Kearney and Graham Quinn were working hard in defence to stem the tide.

Commercials didn’t score again until the 17th minute when county senior panellist Conal McCullagh, with a free, set up Colman Kennedy for another point. And the former Tyrone player was fouled himself a few minutes later and Paudie White kicked the free to put Commercials 1-3 to 0-0 up after 23 minutes.

Commercials were knocked back on their heels soon afterwards. A good move down the right side saw Michael Condon deliver a superb long ball into Shane Kearney and he passed to Dwayne Burns to score at the second attempt.

Amazingly just on the stroke of half-time Clonmel Og struck again. A free by Johnny Cagney found Shane Kearney on the edge of the square and he blasted a left footed shot the back of the net to level matters at 1-3 to 2-0.

Commercials would have been kicking themselves going in all square at the break having dominated territory and possession in the opening half hour.

Clonmel Og on the other hand would have been greatly encouraged by the way they finished the opening period and looked forward to a positive start at the resumption. However, Commercials produced a mirror image of the first half with 1-1 scored within two minutes. Firstly McCullagh fisted a point before Pauric Looram blazed in from the wing to score a goal albeit from a Clonmel Og deflection.

This time Commercials weren’t going to let up and thereafter there was only ever going to be the one result - a victory for Tommy Morrissey’s side.

Clonmel Og managed just two points in the second half - one from Matthew Norris after Burns had rattled the crossbar with a goal attempt; the second a free in the 40th minute by Johnny Cagney after Conor Arrigan had been tripped.

Commercials had it very much their own way and the one-sided nature of the game killed any intensity that would be expected with a local derby. Conal McCullagh tagged on a few decent points to end up with an 0-4 tally, three from play, while there were notable points also from Seamus Kennedy, Colman Kennedy and Ian Fahey along the way. Indeed Fahey’s introduction at half-time had an impact around the middle of the park giving Commercials more of a springboard for possession. Jamie Peters too started a nice movement midway through the half and finished it himself with a long range point.

Others to stand out for Commercials on the night were Donal Lynch, Seamus Kennedy and Jason Lonergan.

For Clonmel Og who were always honest in their endeavour but lacked that strenght in depth overall, the likes of Aaron Arrigan, Karl Kearney, Conor Arrigan and Terry Kearns, added to those mentioned earlier, never gave up on the cause.