Tipp knocked out of the championship by Rossies 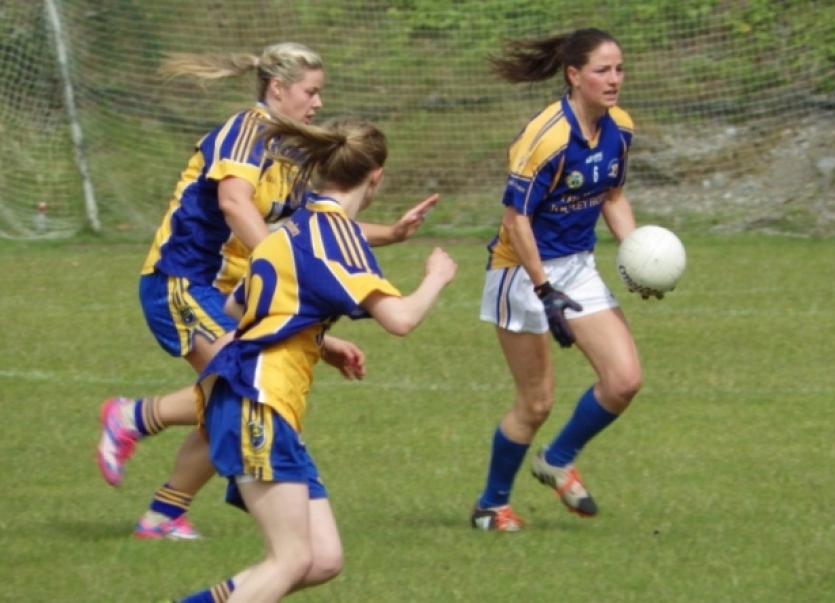 Tipperary lost to Roscommon, 1-15 to 2-11, after extra time in the TG4 All Ireland Intermediate Championship Preliminary Round at a windy Kinnitty on Saturday evening.

Tipperary lost to Roscommon, 1-15 to 2-11, after extra time in the TG4 All Ireland Intermediate Championship Preliminary Round at a windy Kinnitty on Saturday evening.

Having won the toss and opting to play with the wind, Tipperary were first on the scoreboard with a pointed free from Aisling McCarthy. Their lead was short-lived as points from Roscommon’s Nicola Tully and Martina Freyne were soon registered.

Tipperary’s Sarah Everard scored another point just as the teams entered the second quarter but Roscommon’s Nicola Tully lobbed the ball into the back of the net following a kick into the goal mouth from Jenny Downey.

Points were successfully traded before Jenny Downey pointed another free for Roscommon. In the 23rd minute Sarah Everard scored a goal when her fist attempt rebounded off the goalie back to her foot and no mistake was made with the rebound. As normal time drew to a close the teams swapped points but the final point of the half was an injury time point for Jenny Downey to make the score at the interval Roscommon 1-7 Tipperary 1-4.

Roscommon restarted the second half with a pointed free but Tipperary replied with a goal from an Aisling McCarthy penalty.

Roscommon’s quest for goals was hampered by the excellent goalkeeping skills of Lauren Fitpatrick and they had to rely on their pointed frees from Jenny Downey and another came in the thirty sixth minute.

Tipperary had gained momentum and dominated for the next twenty minutes. Two more Aisling McCarthy points levelled the game in the 49th minute and substitute Aoibhe O’Shea pointed to give Tipperary the lead for the first time since the sixth minute.

Aisling McCarthy pointed again but the final scores of the game came via two pointed frees by Jenny Downey for Roscommon to level again, Tipperary 2-8 Roscommon 1-11

Tipperary’s dominance continued in the first half of extra time with points from Aoibhe O’Shea and Sheelagh Carew but the second half was to be a different affair. Tipperary’s only point in this period came courtesy of Aoibhe O’Shea while Roscommon registered four points to secure a one point victory and proceed to the qualifiers as Tipperary’s season came to an end.

Thanks to the management team of John Leahy, Martin Halpin, Pat Morrissey, Julia Ponsonby and physio Ann Marie Ryan for their commitment to Tipperary Ladies Football. A special mention to the players who have given up their free time. Tipperary Ladies Football would like to acknowledge Tom Egan, Horse & Jockey Hotel for his continued support and sponsorship of Tipperary’s Intermediate team. Finally, thanks to the supporters who have followed the team throughout the year.

Tipp minors through to All-Ireland final

Tipperary Minors overcame Offaly in the All Ireland Minor Championship Semi Final, 1-11 to Offaly 0-11, and will meet Armagh in the final. on Saturday, August 1.