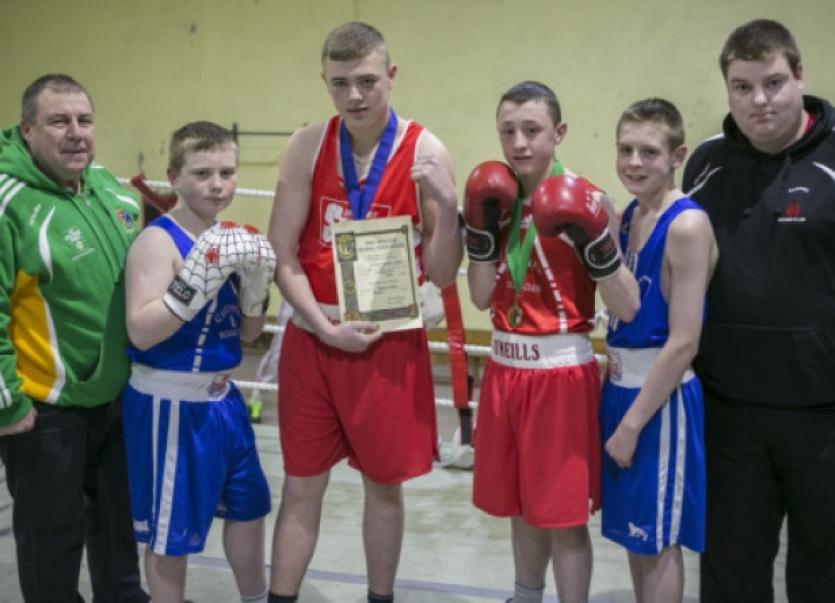 Super heavyweight Dean Gardiner claimed a silver medal from the Gee Bee multi-nations event in Helsinki, Finland in what was his first senior international tournament wearing the green vest of Ireland. Dean beat Mantas Valavicius from Lithuania by 13 points to 6 in the semi-final after a very composed and skilful performance from the Clonmel boxer.

In the final he faced a tough opponent in Russian boxer Maxim Babanin but he warmed to the task, having a great first round. With the scores tied at 2 -2 in the second round Dean unfortunately suffered a nose injury that forced him to retire on the advice of the doctor at ringside. Although an unlucky result in the final it was a terrific performance by him overall, having won a senior multi-nations silver medal at the first attempt with only a handful of senior bouts under his belt.

Five times senior champion Con Sheehan returned from Kazakhstan after a very intensive training camp as part of the Irish high performance team. The 12 days of the camp were in preparation for the European senior championships to be held in Belarus in June.

Blaine O’Brien has been called up to the Irish Schoolboys high performance development team in Dublin. Blaine won the boy 3, 80kgs Irish title three weeks ago.