Impressive run to final for Tipp under 21 footballers 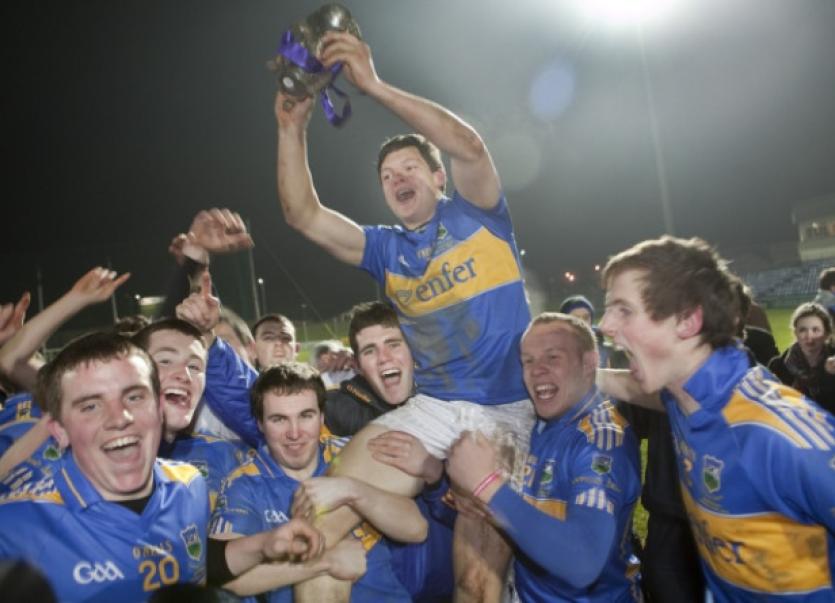 Backboned by the All-Ireland minor winning team of 2011, and still under the management of David Power, Tipp under 21 footballers will be hoping for more even success in tonight’s Munster final against Cork in Páirc Ui Rinn.

Backboned by the All-Ireland minor winning team of 2011, and still under the management of David Power, Tipp under 21 footballers will be hoping for more even success in tonight’s Munster final against Cork in Páirc Ui Rinn.

The side’s provincial campaign to date has been near perfect.

It is rarely easy for Tipp to win at the Waterford venue, but this one was an exception to the rule. Led by Colin O’Riordan and supported by Seamus Kennedy, Ian Fahey, Greg Henry and John McGrath Tipp eased comfortably home.

Seven nights later on the Atlantic coast at Miltown Malbay, Tipperary, in the words of their inspirational manager, David Power, put in a “serious performance” and ran up a 2-22 to 0-9 win over Clare.

Tipperary played against the strong gale in the first half - and would have done so even if they had won the toss - so focused and determined were they to assert themselves on the night. At the break the visitors were ahead by 0-9 to 0-5 and again another comfortable win was on the cards.

Impressively Tipperary clocked up 2-21 from play that night and conceded just two points to Clare from play over the hour. Michael Quinlivan was outstanding with six points and Steven O’Brien, Ian Fahey, Liam McGrath and Colin O’Riordan also shone brightly. That evening also saw first appearances of the year for both Philip Quirke and Colman Kennedy - two key players in the talented squad.

So the scene is all set for a huge effort in Páirc Uí Rinn tonight as Tipp strive for just a second Corn na Casca to emulate the famous win of 2010 in Tralee against Kerry. Normally Tipp would travel to Leeside more in hope than confidence for such an engagement but these boys know what it’s like to win Munster and All-Ireland football titles and by late this evening hopefully they will know again.

Throw-in for tonight’s game is 8 o’clock.