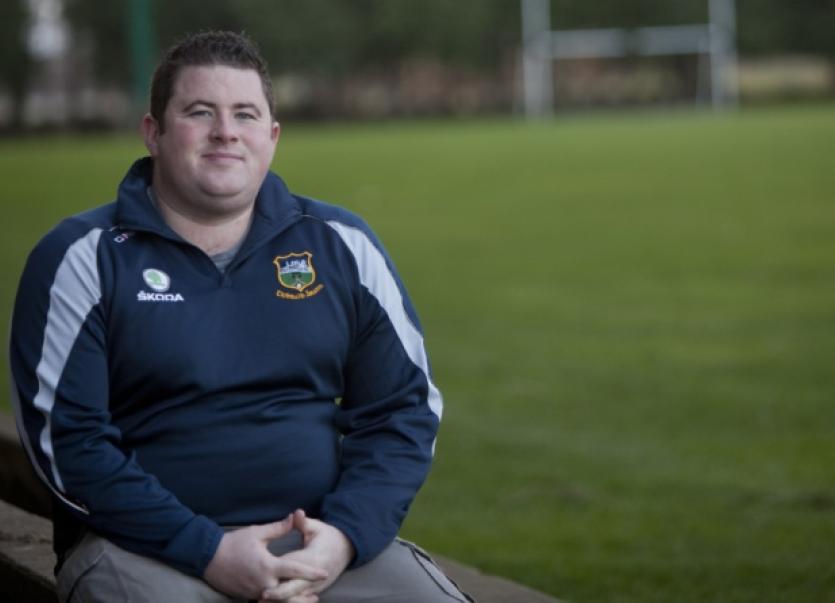 Tipperary under 21 footballers take on provincial kingpins Cork in the Munster final in Páirc Uí Rinn this evening (Wednesday) at 8 o’clock.

Tipperary under 21 footballers take on provincial kingpins Cork in the Munster final in Páirc Uí Rinn this evening (Wednesday) at 8 o’clock.

The magnitude of the task facing Tipperary in opposing the Munster champions is huge, but these lads are already a proven package. It will come as a surprise to few if something special is achieved tonight and a precious ‘Premier’ football win recorded.

In the words of Tipperary manager David Power his side face “a daunting task in many ways going down to Cork but at the same time in the last two years Tipperary are after beating Cork in minor football. We won’t be fearing Cork and the lads are really looking forward to it.”

Statistics give dimension to the task facing Tipperary - Cork are going for their 25th provincial title at this grade, their ninth in 11 years and their fourth-in-a-row. The Rebels with 11 All-Ireland under 21 football titles stand top of the list, even above Kerry. Tipperary, on the other hand, beaten provincial finalists last year by 11 points, have only one Munster title at this grade, the Ciaran McDonald led heroes of 2010.

Injuries have been an issue all through this Munster campaign for Tipperary. To date Tipp have failed to get their preferred 15 on to the field, but yet have managed impressive away wins to Waterford and Clare. Manager David Power is philosophical about the continuing injury situation.

“Training has really went well since Clare but the injuries are still there. Whether they’ll be right before next Wednesday I don’t know. But as I said from the start of the year if we were going to win anything it was always going to be a squad game anyway.”

Reflecting on last year’s  final and the injuries Tipp had going into the game...

“Looking at the scoreline on its own it looked like Cork had an easy win but we didn’t take our goal chances last year. The big thing is that if we are going to win on Wednesday night, if we do get those goal chances we have to take them. When you are playing against the Corks, the Dublins, the real kingpins of football, you have to be able to take your chances. That’s the big thing.”

The players were given a little break following the Clare game in Miltown Malbay and are in great form, according to the manager. Preparations have been going really well for the squad since then with training three nights a week, then a weekend off, and three times again last week.

But the injury situation is still a concern for Tipperary.

“We have four injuries going in to this game. John Meagher’s injury is not looking good; Philip Quirke, Ross Mulcahy and Jason Lonergan. Jason is suffering a dead leg since the JK Brackens game. They are all in the top 21 - the starting 15 or the six lads to come on. Hopefully we can get two or three of them on the bench at the very least.”

Three pivotal members of the panel are also mainstays with the Tipperary senior panel - Michael Quinlivan, Steven O’Brien and Ian Fahey. All three were rested by Peter Creedon for Sunday’s National Football League game against Wicklow at Semple Stadium. This move was very much appreciated by the Kilsheelan/Kilcash clubman who has been involved with this particular bunch of players for five years now, three at minor level and two at the helm of the under 21 set-up.

“The three are now after having 10 days rest and are totally focused on a Munster under 21 football final - Michael Steven and Ian - and that’s obviously going to help, no doubt about it. The big thing is to give them plenty of rest and keep them fresh. These lads are three pivotal players for the under 21s and three pivotal players for the seniors, never mind the under 21s.”

“To make a comparison with last year, we struggled in both the Waterford and Clare games. We won but it wasn’t as convincing as maybe it should be, and that’s not being disrespectful to the Clares and Waterfords. But if we were going to be challenging for a Munster final we needed to be winning those games a bit more convincingly and with a bit more control. This year against Waterford that game was over at half-time, although, I know, we conceded two goals. But in fairness to the lads they had it sorted out against Clare and we didn’t concede goals against Clare. To score 2-21 down in Miltown Malbay from play, that was extraordinary.”

“I think the form is definitely a lot better, I think we are playing a lot better football. The preparation that everyone has done has been super, and the two coaches Pat Flanagan and Alan O’Connor, are two massive additions, to be fair.”

“Last year we lacked a bit of physicality against Cork, but this year we are more experienced in physicality and we are bigger because they are older as well as top coaching by myself, Gerry McGill, Pat Moroney, Pat and Alan. We can all coach and the change of voice at every session is refreshing to the young fellows.”

When asked about the threat of Cork and perhaps the dangerman that is Dan McEoin, David Power had this to say...

“Dan McEoin, Alan Cadogan, Mark Sugrue, they all played last year against us. I would still think that they are not as good as last year because they don’t have a Brian Hurley. As good as those players are they are not in the Brian Hurley league. Whether the likes of MacEoin can perform on the big day is a question mark.”

“I think if we can win midfield we have a big big chance and I think it will take some midfield to stop our midfield.”

Reflecting on the Tipperary football roll at the moment, senior and under 21...

“For the development of the team, whatever about winning an All-Ireland, if we could win a Munster three years on after winning a minor you’d be making a statement there. To win an All-Ireland you need a bit of luck and you need luck to win in Munster too. But if you can keep winning on a regular basis it would keep the younger fellows playing football.”

“If we could win a Munster under 21 and a Division Four title it would be some bounce for Tipperary going in to the championship,” he concluded.