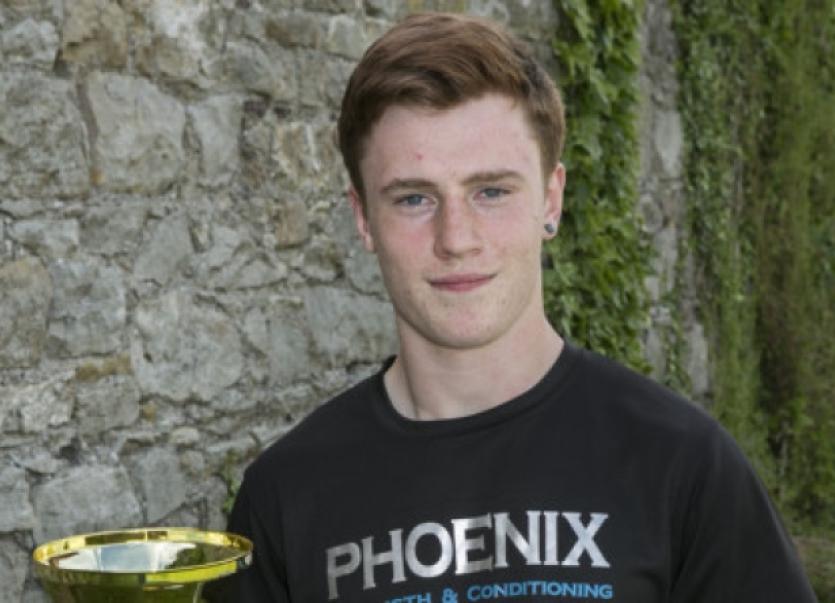 A Clonmel teenager who has been lifting competitively for just six months finished second in two competitions at a world powerlifting event.

A Clonmel teenager who has been lifting competitively for just six months finished second in two competitions at a world powerlifting event.

Darren Fehilly was the runner-up in the squat and deadlift in the 16-17 years, under 75 kgs. category at the World Drug-Free Powerlifting Federation Single-Lift Championships held in the German city of Dusseldorf earlier this month.

He also came close to setting new world records with his final lifts in both the squat and deadlift.

“I was over the moon to finish runner-up”, says Darren. “However I was a bit disappointed with my final attempt in each event because I felt I had new world records in me”.

He was also delighted to be part of the Irish team that finished ahead of runners-up Italy and third-placed France to be crowned best overall team, success that he hopes will inspire more young people to take up powerlifting and weightlifting.

17 year-old Darren, who will sit his Leaving Cert at Rockwell College next year, is son of Teresa and Danny Fehilly, Willow Heights, Clonmel.

He became interested in strength training and lifting weights as part of his rugby training at Rockwell. Once he took part in his first competition in Dublin at the beginning of the year he “had the lifting bug”.

From then he “put his head down and focused completely on weightlifting and powerlifting”.

After he had achieved the required qualification standard Darren won the squat event and finished third in the deadlift at the All-Ireland championships, which set him up for a tilt at the world championships, when his father Danny accompanied him on the trip to Dusseldorf.

The event attracted competitors from mostly Europe with teams representing Russia, Switzerland, France, Malta, Italy, Moldova and Belgium, as well as from the United States and Australia.

Darren, who’s a member of the Irish Drug-Free Powerlifting Association, has also competed in weightlifting and won his category at this year’s Clonmel Open.

His powerlifting success has been achieved despite the fact that Clonmel doesn’t have a powerlifting club. Darren trains at the Phoenix gym on the Cashel Road, where he says he’ll spend the summer working on his fitness.

His next target is the European single lift championships, which will be held in Gorey, Co. Wexford in September, and he might also travel to the World Powerlifting Championships in Moldova in November.

“Hopefully there’ll be a few more World and European championshps up for grabs”.