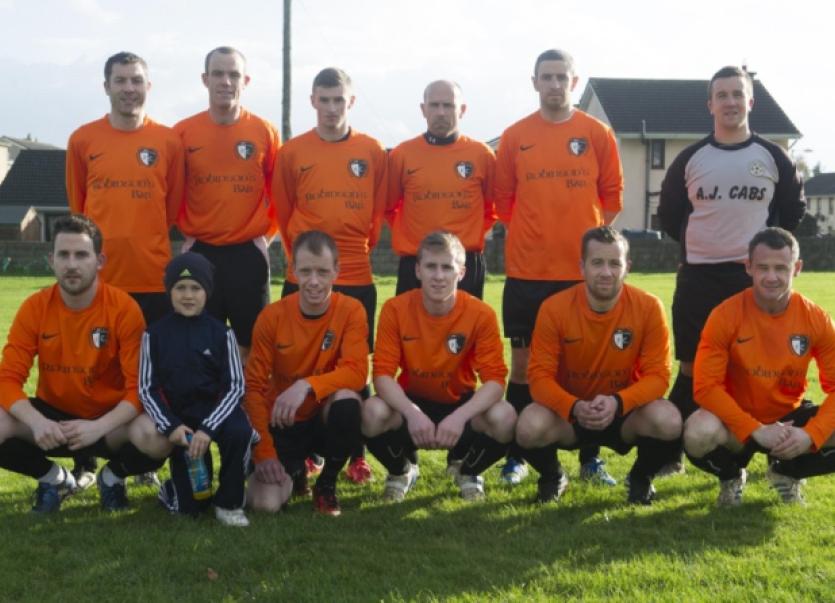 Top played bottom in the First Division on Sunday, but it was struggling Cahir Park who badly needed some league points that came out on top in a tight game, that will have dented the home sides chances of promotion to the Premier League next season.

It started well for Town and they had a number of chances before opening the scoring ten minutes before the break, when Russell Bowes laid off a ball to Vinny Godfrey to strike high into the Cahir net.

Things looked like getting worse for the visitors throughout the rest of the first half and the opening period of the second, but they worked their way back into the game, and got a deserved leveller on 70 minutes when they were awarded a penalty that was dispatched to the net by Shane Murphy. Two minutes from time, James Darcy popped up for the visitors to score and give them three valuable points.

Nijinsky Park played host to a seven goal thriller on Sunday last that swayed back and forth before Kilsheelan picked up their second win of the season to leapfrog their rivals in the First Division table.

After a tense first half hour, United opened the scoring in the 35th minute when Ian Coughlan took advantage of confusion in the home defence to hit the opener.

Things got better for them three minutes before the break when Jamie Creed found himself unmarked at a corner and put his side two goals up going into the interval. But it was the home side that were first out of the blocks in the second period and five minutes in Niall O’Brien reduced the lead. Five minutes later the teams were level when Eoin Byrnes good in from the right hand side and beat the visitors keeper.

But all that work was undone 20 minutes from time, when they conceded a goal scored by Eddie Doyle. Seven minutes before time Kevin Curran made it four to two, but two minutes later United gave away an own goal, to give the home side hope again, but try as they did, they were unable to get the goal that would have earned them a point.

Cullen Lattin came away with the points after a well-deserved win in Redmondstown on Sunday last. They deservedly took the lead midway through the first half when Mark Flannery finished well. Redmondstown were level one minute into to the second half after Brendan Boland got on the end of a long ball over the top and he lobbed the keeper to make it 1-1. The visitors however came back and retook the lead on the hour mark, when Liam Murphy latched on to a loose ball in and smashed to the back of the net. Cullen’s faster, slicker football caused problems for the home side and only for the crossbar and a brilliant save by Mark O’Brien in the Redmondstown goal, Cullen might have added to their tally on the day.