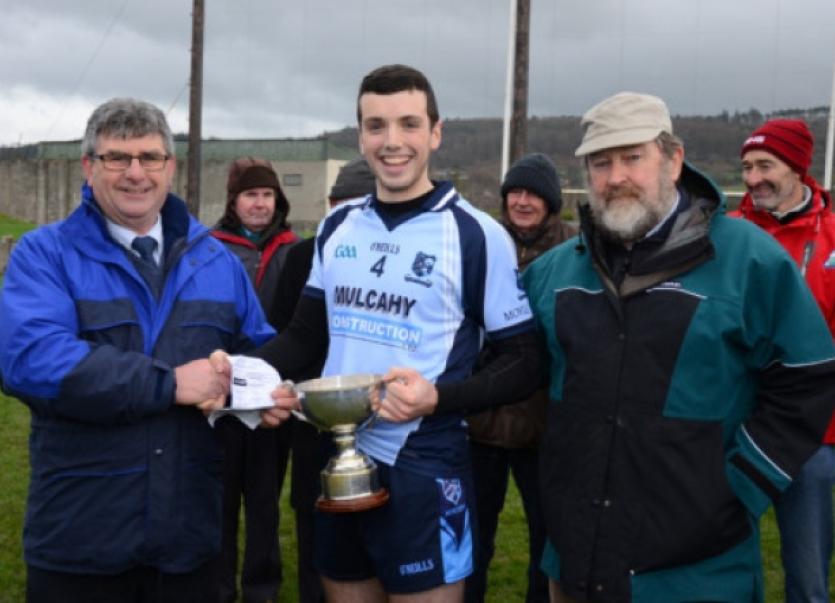 By winninig the Fitzpatrick Cup they added to their Minor A Hurling title won earlier in the year.

Playing with the strong breeze, Anner Gaels were first off the mark when Aidan Buckley scored a point from play and this was shortly followed by a well taken point from a free by Cathal Hurley.

Moyle Rovers opened their account in the 6th minute from a free from 50m by Dara Ryan and then added a second to bring the sides level.

A long range shot from Brian Delahunty hopped in the Moyle Rovers square and over the bar to restore the Gaels’ lead but in the 15th minute Morgan Irwin levelled up matters again with a great point from play.

Rovers forged ahead with the outstanding Stephen Quirke pointing from almost 70m out. Anner Gaels drew level again at 0-4 each in the 17th minute when Cathal Hurley pointed a free.

Within a minute Stephen Quirke pointed a long range free with Anner Gaels drawing level again from a free by Cathal Hurley.

From the 22nd to the 28th minute Moyle Rovers pulled away by four points, three frees from Dara Ryan and a point from play by Stephen Quirke.

In the final two minutes of the half we had an exchange of points - for Anner Gaels a free by Cathal Hurley and for Moyle Rovers a point from play by Dave Roberts leaving the half time score Moyle Rovers 0-10 Anner Gaels 0-6.

After the interval Moyle Rovers increased their lead with a point from Dara Ryan from play and Anner Gaels replied with two points from frees within a minute, both scored by Cathal Hurley to reduce the lead to a goal.

Stephen Quirke made it four between the sides with an excellent point from play and in the 36th minute Cathal Hurley scored a point from a free for Anner Gaels but this was to betheir last score.

Rovers were deserving winners with the class showing at the end and their county minor hurlers coming to the fore in all quarters. the Moyle Rovers captain Aidan Butler accepted the Fitzpatrick Cup from South Board Chairman Michael Cooney before jubilant Moyle Rovers supporters