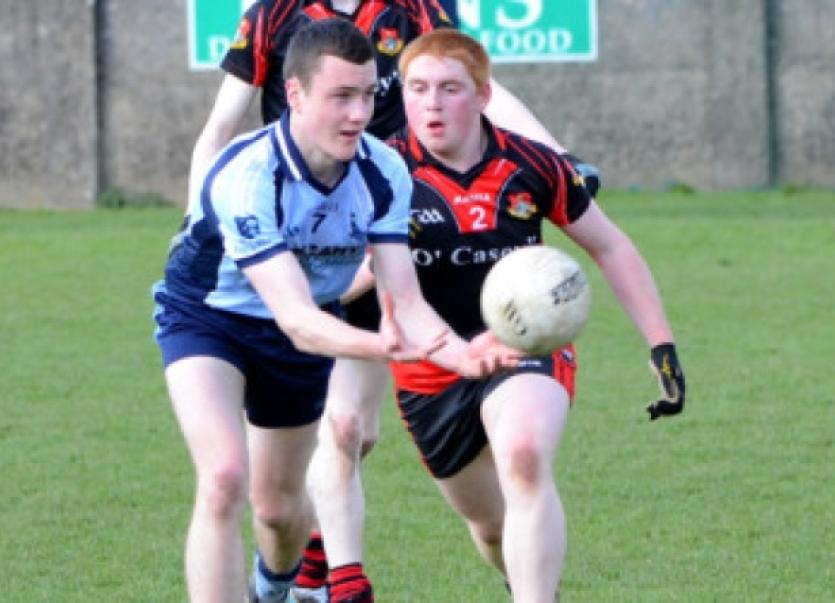 Moyle Rovers eased into the South Tipperary under 21 Football A final following their ten point win against the Ballyporeen/Newcastle combination at Clonmel on Sunday last.

Five points without reply in the opening 10 minutes set the tone as Moyle Rovers built an early lead. Stephen Quirke and Luke Boland controlled the centre of the field for Moyle Rovers and it was Boland who opened Rovers’ account in the fourth minute. Points followed from Stephen Quirke (2) Dominic Walsh and Danny Owens in the next six minutes.

Rovers continued to control affairs but were guilty of poor shooting at times racking up six wides in the opening half. They did add on further points from Dominic Walsh (2), Stephen Quirke and Brian Norris but it was a goal by lively corner forward Dara Ryan four minutes before the break that gave Moyle Rovers the comfort zone they needed for the second half into the breeze. Ballyporeen’s only score of the first half came from Adrian English two minutes before the break as Moyle Rovers went in at half-time with an 11 point advantage.

Ballyporeen/Newcastle turned to play with the breeze and to their credit gave a very good account of themselves in the second half.

Forced to line out without one of their star players, John Martin, due to injury, Ballyporeeen were reduced to 14 men early in the second half. Despite this setback they opened the half with five unanswered points in a period when they displayed excellent battling qualities. Substitue Ceallach Hennessy pointed in the third minute.Three converted frees by the excellent Fionan O’Sullivan brought Ballyporeen to within six points but this was as close as they got as Moyle Rovers re-established their grasp on the game.

A Brian Norris point in the 12th minute settled Rovers and from this moment on they were never in danger of losing.

Further points from  Dominic Walsh (3), Stephen Quirke and Dara Ryan ensured Moyle Rovers outscored Ballyporeen/Newcastle by 6-2 in the closing 18 minutes to book their their place in the final against Commercials.

At the back Danny Owens was solid throughout while the centre field pairing of Quirke and Boland were excellent. Their forwards were quick and caused plenty of problems for the Ballyporeen defence. Dominic Walsh, Brian Norris and Dara Ryan were the pick of the attack. Ballyporeen were slow to get into the game but were well served by Tommy Sweeney, Riain O’Callaghan, Fionan O’Sullivan and Adrian English.