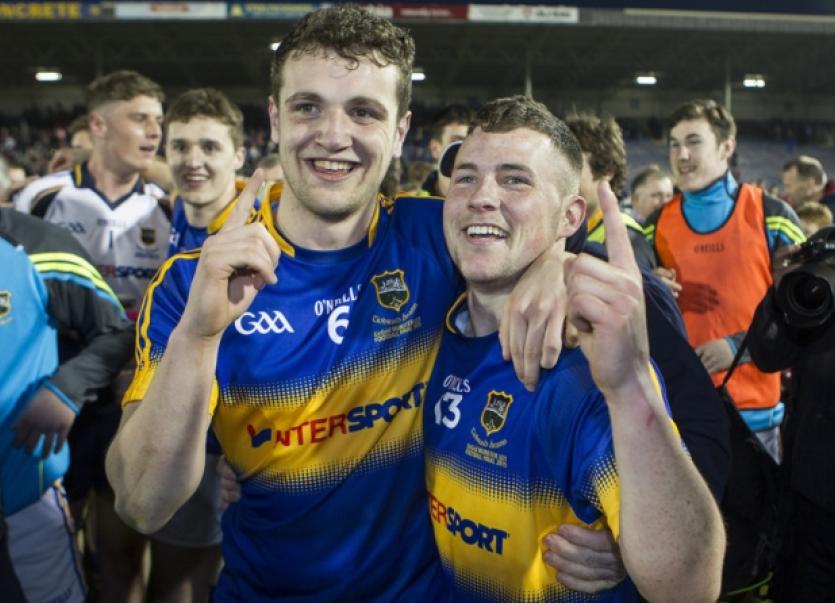 As Tipperary under 21 footballers head for O’Connor Park, Tullamore for Saturday’s All-Ireland football semi-final with Dublin, team coach Michael O’Loughlin describes the task ahead of Tipp as “challenging but one our lads will be up for,” writes Jeddy Walsh.

As Tipperary under 21 footballers head for O’Connor Park, Tullamore for Saturday’s All-Ireland football semi-final with Dublin, team coach Michael O’Loughlin describes the task ahead of Tipp as “challenging but one our lads will be up for,” writes Jeddy Walsh.

“We are now in bonus territory in the last four and we are looking forward to it. We give ourselves a chance and why not. If Cork were playing they would be giving themselves every chance. We are not fearing it in any way and we hope to get the respect from Dublin that we have earned and deserve,” he added.

“The feeling in the camp after the Cork game is very good. We met on Sunday in the Anner and the boys had time in the pool and we followed it with video analysis of the Dubs in action v Kildare in the Leinster final. The cup has been well parked now. The celebrations are over and we are delighted to be concentrating on an All-Ireland semi-final,” added the school principal.

He went on: “There is plenty of talent and experience in this Dublin team. The likes of Shane Carthy in midfield and the forward line including Cormac Costello, Cormac McHugh and Ryan Basquel are extremely dangerous. They are a team that up the pace in the last 10 minutes and they have finished strongly in all their games. Dublin defeated Laois, Longford and Kildare in Leinster and we beat all three of those teams in the Hastings Cup this year. We know that we can compete with them.”

“The pressure is off our lads now after winning Munster and we intend to enjoy Saturday. The lads are all looking forward to it. We are going to Tullamore with great confidence and belief in ourselves and we will enjoy the occasion,” added Michael, who was also coach on Tipp’s only other under 21 football success in Munster back in 2010.

Asked about the performance in the final, Michael added “We were impressed that we ‘stayed in the game’. All week long we had told them, no matter what, ‘stay in the game’. And they did just that. They showed great determination and great heart against Cork and never panicked even when Cork threw the kitchen sink at them. On the downside the three goals conceded were disappointing. We are aware of that and are working on it.”

“There are no injury worries to report but 15 players were hurling on Sunday so we are hoping all are good to go. We would also like to thank the Tipp senior hurling management, Paudie O’Neill, Eamonn O’Shea, for being very supportive in releasing players to us all year (Bill Maher, John McGrath). There is a great line of communication there and we appreciate it,” he added.

“We will have a good session Tuesday night, a 20-25 minute game with the seniors, and on Thursday night a light session with more video work afterwards. After that it is on to Tullamore on Saturday for the clash with the Dubs,” concluded Michael O’Loughlin,