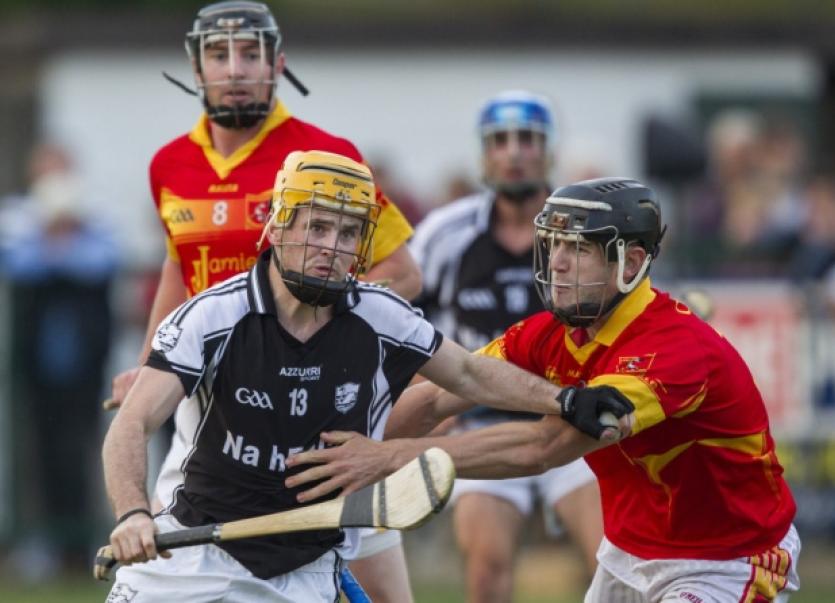 A South senior hurling championship final that promised a close encounter full of intensity and passion delivered all of that and so much more on Saturday evening last at Clonmel.

A South senior hurling championship final that promised a close encounter full of intensity and passion delivered all of that and so much more on Saturday evening last at Clonmel.

In what many described as one of the best finals in years, full of excitement, commitment, honesty and great hurling, Killenaule just about shaded it in the end by 1-22 to 2-16.

The divisional hurling showpiece was toe-to-toe all through with underdogs Swans still leading at 58 minutes but a late goal by Pat Kerwick after a pass from Dominic Blake delivered the knockout blow from which the gallant Carrick boys had no time to recover, try as they did though.

But they lost absolutely nothing else in defeat in a cracking final that was played in a fast, free-flowing and enjoyable manner for a good-sized crowd. Only a puck of a ball separated the sides at the end and many neutrals wouldn’t have argued with a draw being a fairer result and a chance to see it all again.

But full congratulations to Killenaule who were determined to capture their first South hurling crown since 2009, and their belief in themselves, even when led late, saw them prevail in the end.

Swans opened the better and had a two points lead, through Dale O’Hanlon and a Danny O’Hanlon free before four unanswered John O’Dwyer points swung the pendulum Killenaule’s way.

A pair of Danny O’Hanlon frees had parity restored at 0-4 apiece after 15 minutes and the game was shaping up well.

Killenaule upped a gear and in a five minute purple patch - anchored by an outstanding half-back line of Kieran Bergin, Declan Fanning and Joe O’Dwyer - they began to dominate.Points from ‘Bubbles’ (2), Michael Doyle and Pat Kerwick put them four clear.

Just when it seemed the Swans were in trouble Dale O’Hanlon did well to set up James Waters for a revitalising goal in the 20th minute.

Points followed from Damien McCormack (K), Danny O’Hanlon (S) and John O’Dwyer (K) before Dwayne Fogarty found the back of the Killenaule net once again in the 24th minute following good work from Anthony O’Donnell. The Carrick side were back in front.

Bouyed up by his goal Fogarty added two excellent points before the interval matching Killenaule points from Pat Kerwick and John O’Dwyer.

The second half was point for point all through with both sides giving it everything. Parity was restored in the very first minute when Pat Kerwick levelled for Killenaule .

Indeed the sides were level on six different occasions throughout the second period with the Swans keeping above water most of the time. Tony Doyle edged Killenaule briefly ahead in the 52nd minute with a fine point following a crisp passing movement involving all three of the full-forward line.

Danny O’Hanlon frees from everywhere were a feature of the game and his 56th minute effort had the Swans back in front once more and a surprise was on the cards.

The Carrickfull-back line which looked very solid all evening were finally found out. Substiture Dominic Blake got around his marker and his accurate pass to Pat Kerwick was blasted home. Killenaule had hit the front late but emphatically. The only other score thereafter was a pointed free from man of the match John ‘Bubbles’ O’Dwyer.

Killenaule’s outstanding half-back line is as good as any in the county, commanded by captain and former inter-county star Declan Fanning, with Kieran Bergin and Joe O’Dwyer also in top form. John O’Dwyer with 14 points was man of the match but could do well in focusing more on his undoubted hurling ability. Pat Kerwick also shone.

Swans too had their stars. In defence Darren Murphy, Martin Russell and Kevin Lanigan were inspirational. Danny O’Hanlon did a lot more than score 10 points while young James Waters and Dwayne Fogarty did well.