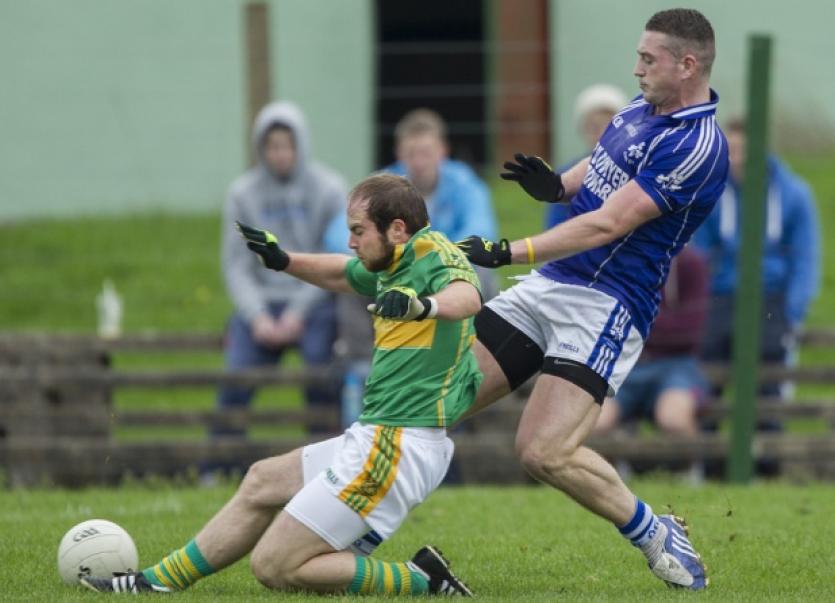 Mid champions JK Brackens of Templemore are through to their first county senior football semi-final since 1998 following their narrow but deserved win over Moyle Rovers in Boherlahan on Sunday last.

Mid champions JK Brackens of Templemore are through to their first county senior football semi-final since 1998 following their narrow but deserved win over Moyle Rovers in Boherlahan on Sunday last.

More industrious, more committed and more determined on the day, and with the star of the show in Colin O’Riordan at midfield, Brackens hung on over the last 15 minutes to book their semi-final spot.

A disappointing Rovers though have only themselves to blame, kicking no less than 15 wides, a dozen in a woeful first half with a strong wind at their backs. Also over the hour they were wide with six very kickable frees.

Conor Conneally had Rovers back in front with a point but this was to be their second and last point from play in the entire game. Colin O’Riordan tied it up in the 26th minute when coming in from the left to fist over. The Templemore boys hit the front just at the break when half-back Brendan Guidera pointed.

Within a minute of the restart Shane Scully doubled the lead. Then in a 30-second burst a brace of points from Shane Scully and Alan O’Riordan had Brackens 0-6 to 0-2 up and in command.

A pair of frees from Dean McEnroe, with one in reply from Liam Boland, meant the Mid side were five to the good at the three-quarters stage.

Rovers desperately needed a goal and a lifeline came when Conor Conneally goaled from an acute angle.

Rovers only managed one more point from this to the end, with Philip Quirke scoring two minutes from time.

With time almost up, Rovers had a free on the 40m line but Paul Shanahan’s effort dropped short and Brackens could celebrate their victory.

For Brackens Colin O’Riordan gave an exhibition of high fielding and much more. Others to impress were David Ryan, Tommy Kennedy, Brian Guidera, John Dunne, Stephen Owens, Kevin Mulryan and Shane Scully. However they will need to improve considerably in the semi-final if they are to reach their first county decider since 1936.

For a very disappointing Rovers this defeat marks an end to a poor year. Too many failed to deliver on the day but the likes of Ronan Desmond, Alan Campbell, Ross Mulcahy, Sean Keating and Conor Conneally were never found wanting.

Subs: S. Burke for Guerins; D. McBride for A. O’Riordan.