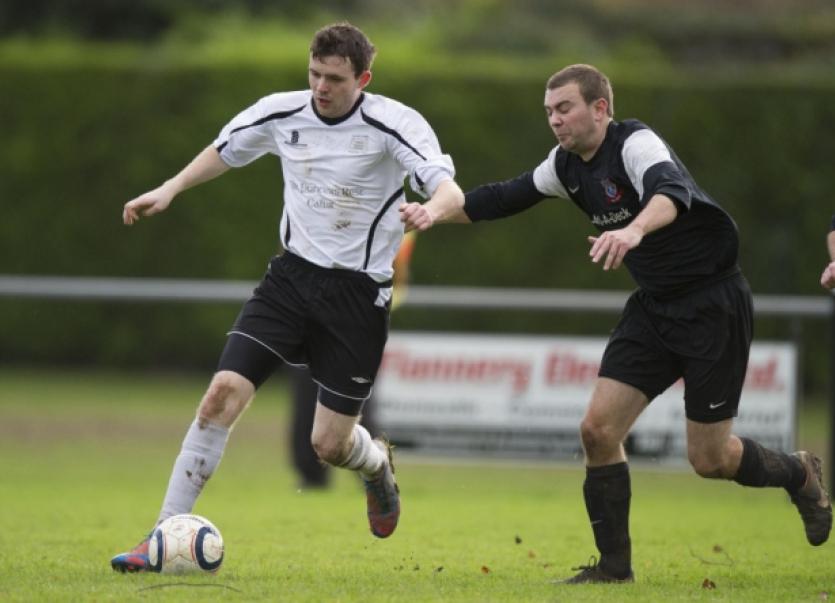 A repeat of the Division Four Shield final and a top of the table clash in Dualla finally saw the home side gain some degree of revenge on the previously unbeaten Ardfinnan based team, and a redemption for Dualla’s Derek Hayes who was out to atone for his mistake in that Shield game.

Hayes opened the scoring for the home team on 14 minutes, but Dualla were pegged back only a minute later by his nemesis Darren Sweeney who was continuing his free scoring form for the year.

Alas for the league leaders, this was as good as it got, as Richie Hennessy put Dualla back in front seven minutes before the break, and two minutes into the second half Michael Campion made it 3-1.

Hayes capped off a man of the match performance shortly after the hour with Dualla’s fourth as they finally put their demons to bed, and leapfrogged Suirside into second place in the division.

Peake Villa’s reserves stayed on top of the Fourth Division for another week with a comprehensive win over local rivals Two Mile Borris in a windswept game under the Tower on Sunday.

It took a half an hour for the first goal to come, but it did for the home team when Liam Mackey finished off some good passing work by his team mates. And then just as Borris thought they would get to the respite of the half time break, they were caught in the last minute by a goal from Colm Breen.

The pre-interval setback seemed to knock the visitors back, and the Thurles town side took complete control of the second half, getting their reward for the work they did when a brace of goals from Mattie Stakelum to give them a well-deserved win in the end.