Rockwell Rovers make it three in a row in West football 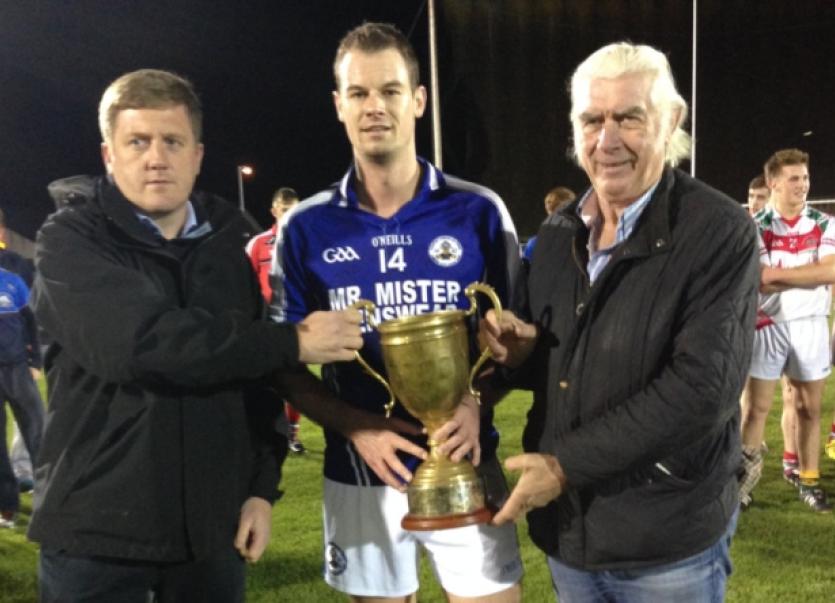 Rockwell Rovers are Rea Clarke Hennessy West Intermediate Football champions for the third year in a row after a comfortable 1-15 to 1-2 victory over Cashel King Cormacs on Friday night last in Clonoulty.

Rockwell Rovers are Rea Clarke Hennessy West Intermediate Football champions for the third year in a row after a comfortable 1-15 to 1-2 victory over Cashel King Cormacs on Friday night last in Clonoulty.

Alan Moloney had Rovers two points to the good after six minutes before Simon Delaney got the opening goal of the game to send Cashel into the lead. Gavin Ryan pointed almost immediately from a free to level.

As the half progressed Rockwell Rovers proved to be more productive with the chances they created and added further points from Alan Molone y(4), Gavin Ryan, Pat Hally and TJ Ryan to lead by seven just before the interval.

The same could not be said of Cashel as Seamus Reade got their only point of the half from a free with just under a minute of the half remaining to reduce the deficit slightly. Cashel were dealt a blow as the half wound down when they lost influential player Michael Coleman through injury. Rockwell led at half time 0-10 to 1-1.

Alan Moloney increased Rockwell’s advantage almost immediately upon the restart when he pointed from play. Both sides created chances but both were guilty of poor finishing. Aidan Barron eventually added a point for Rockwell Rovers on eight minutes but it would be another ten minutes before the game saw its next score when Liam Fahy got his first point of the game.

Rockwell finally sealed the issue when TJ Ryan found himself one on one with Gearoid Slattery and the Rockwell Rovers forward crashed the ball low to the net. Cashel did try to create chances but the Rockwell defence was always on top. Simon Delaney got Cashel’s only score of the half as the game headed towards full time. Points from Gavin Ryan and Michael King added to Rockwell’s margin of victory.